My First Enrichment in the New Ward 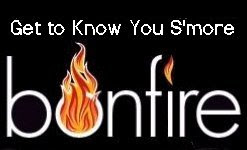 Tonight was the first Enrichment I've led in the new ward. We were supposed to have this one back in December, but it was so rainy and muddy that we couldn't. So, it got moved to February. We were supposed to have it in our RSP's backyard because we were going to have a bonfire, but a week before the big night, she had no power, no water, no sewer. No big deal. We'll just have it at the church...in the parking lot.

Well, when C and I arrived to set up, the kitchen door was already unlocked and there were a few cars there. Come to find out, our old ward was having their HFPE that night. We completely forgot that we were having ours on a night that was not our regularly scheduled night! So, we managed the best we could and tried not to invade on their space. We set up our little patio firepit, some tables for our Sister Feud game, and a table to hold all our refreshment goodies. We had stuff for s'mores, hot cocoa, spiced cider, ice water, pirouette cookies, biscotti, peppermint swirling sticks, all yum.

We were to start at 7 pm. At 7:10, we finally started with just 9 sisters (and our illustrious High Priest protector - C). Eventually, two more sisters showed up, so with my committee member and me, we had 13 sisters there. I guess this is pretty typical in this ward. It's hard though to understand because I know there are plenty more sisters in the ward who should be there. Hopefully, we can get more of them to come next month when we do the big shindig for the RS Commemoration. Even though there were so few sisters there, there was a good mix between the old ward and the new members, so that was good. And...if even just one sister made a new friend, well, then it was all worth it.

Love the idea, and the poster is darling!--Hey, anymore information on Angie and Holly?