I don't know how I forgot to blog about this, but somehow I did! I think it's because it involved a lot of pictures and I hadn't taken them off my camera yet. Well, Melon Man keeps asking when I'm going to blog about it and I just realized I had already blogged that day but totally forgot to add this great part!

Yesterday, I wrote about what a great day it had been. The day actually got even better after dinner.....

So, we've just finished eating and Melon Man is about to leave for his interview with the Stake President regarding becoming a High Priest and we get a call from his cousin Lary asking, "Are you guys coming?" I'm like, "Huh? Coming for what?" "Dinner," he says. "When?" I ask. "Today, at 5:30." (They had called our cell phone to invite us, which we turn off on Sunday because we're home that day, so we didn't get the message.) Oh my, we just ate dinner. Melon Man and I talked about it and called him back to let him know we would be there as quick as we could after Melon Man's interview.

Now...quick is a relative term. See, they live in GILBERT. We live 55 miles away from there. But, we really wanted to go see them, so we headed out as soon as MM got back from his interview.

We actually arrived just as Aunt Marion and cousin Kathleen were arriving and Noah and Giselle hadn't arrived yet, so it was perfect timing. Nik was working (Mesa PD) but he was going to stop by on his dinner time. Anissa and the kids were already there with Lary and Tere. It was like a big family reunion! It was so great! I truly LOVE this family! They are the only other LDS family members in all of Melon Man's family. What's truly wonderful is that Melon Man now has family here to do things with!

Tere made tostadas for dinner. They were yummy. Even though we'd already eaten, I partook. Melon Man was just too full from our own dinner. She also made these little appetizers out of sliced cucumbers, a chile spice, and lime juice. She made us virgin margaritas on the rocks, even with salt around the rim of the cup. We all just visited and had a great time. Here are some of the pictures from the evening.... This is Nik. His daughter, Robyn was hiding behind him in the picture. I didn't even notice that until looking at this picture! We took this picture before he left to go back to work. 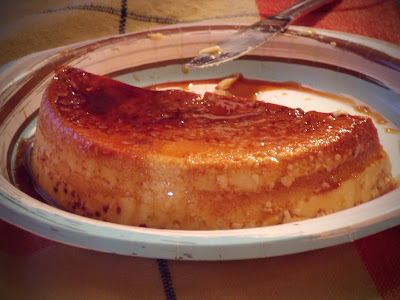 This is the yummy flan that Tere made for dessert. I'd never had flan before. It was really good, but I could only eat a tiny slice because I was so full already. 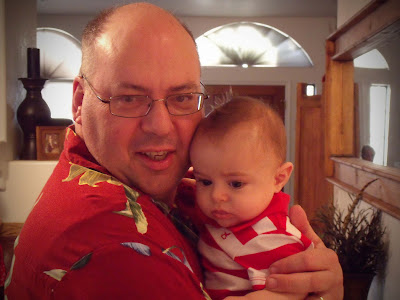 This is Melon Man with Rajko. His name is pronounced Rye-ko. It is a Serbian name (I think!). He is just so cute and MM loves to hold him. What a cute picture! 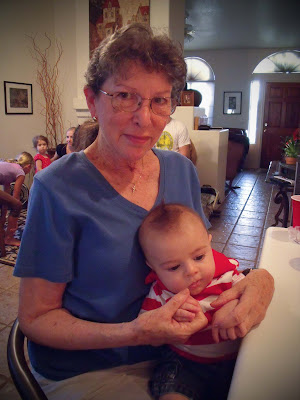 This is Melon Man's Aunt Marion - late Uncle Gene's wife. She is very soft-spoken when she speaks with you. Amazingly, she noticed that when we had the blessing on the food, that we all folded our arms rather than placing our palms together. I'd never thought of it, but Noah gave her a very good explanation why. If you look very closely in the back of the picture, you can see Olivia, Nik and Anissa's middle daughter. For some reason, I never got any pictures close up of her or Robyn! 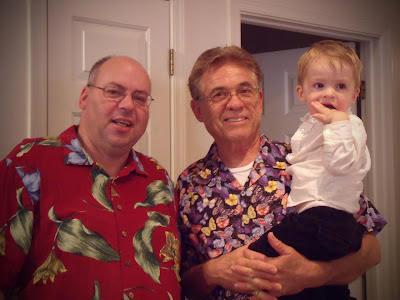 This is a picture of Melon Man, Lary, and Landon, who is Nik and Anissa's son. What a very cute picture of the three of them! 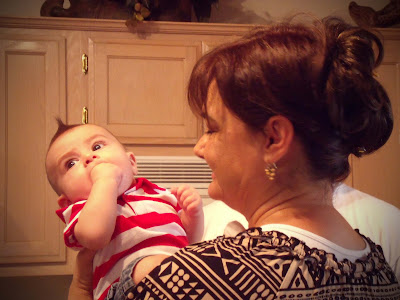 Look at this proud abuelita! Tere is from Mexico and so she has brought a lot of her heritage into the family. She and Giselle (Rajko's mom) speak spanish a lot. The grandkids call her abuelita. She makes yummy mexican food! She's very sweet and I just love her! 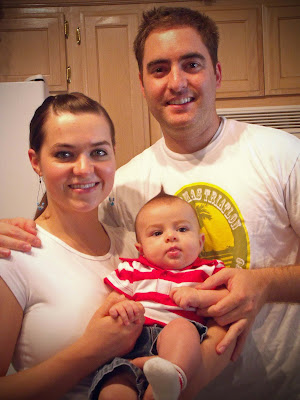 This is Giselle, Noah, and Rayko. Giselle is going to be trying out for "So You Think You Can Dance" this year. I can't wait to cheer her on! It will be so very cool if she makes it through the auditions to the show. Noah is a helicopter pilot and he is working toward becoming a Mesa police officer like his twin brother Nik. 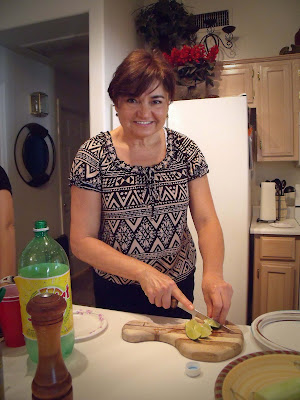 Here Tere is cutting a bunch of limes for the virgin margaritas that she made out of Squirt soda. They were really good and refreshing! Isn't she just cute as a button!?!?! 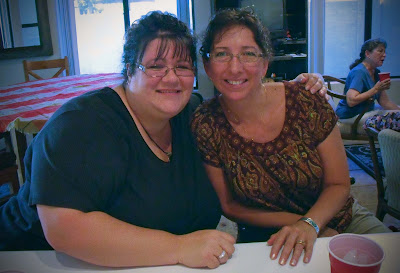 This is me (yuck) with cousin Kathleen. She is Marion and Gene's daughter. She lives in Montreal with her husband, Jacques. She speaks french and teaches school. She is very nice and I enjoyed getting to know her! 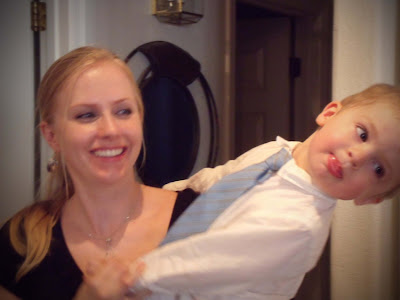 Last, but not least, this is Landon with his mommy, Anissa. This lame-o camera....I just can't get the pictures to come out clear for some reason....but oh well...it shows the action of the picture!

What a great time we had. We can't wait to see all of them again!