So, today is Saturday and it's finally time to get this new computer set up! I worked late last night finishing up most of the July forecast so I wouldn't have to work this weekend since I'll be in Chicago next week when it's due. I then let Melon Man know that we had to get up early and get started on rearranging the room. He was only 30 minutes late getting up, but that gave me a few minutes to get a few things going. The first of which was this: 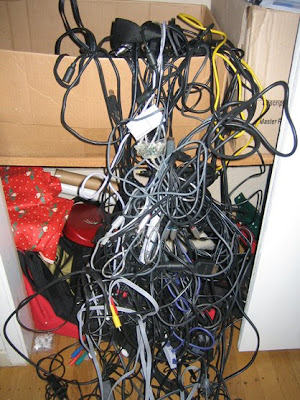 Does this look familiar? I wish I'd taken a picture of our actual cord mess, but it was SO bad that I just decided to jump on it and clean it up. Then, I realized I hadn't take a picture of just how awful it was. So, I found a similar picture on the net. This is the way Mr. Spock left the cords when he left almost 5 years ago and I just hadn't had the desire or time to unplug and replug all them to clean them up.

This is what all those cords ended up looking like after I untangled all of them and wrapped them up! Awesome! 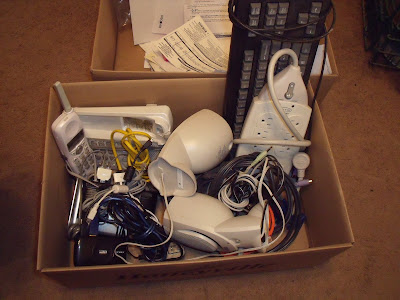 I called Melon Man into the room to help me move the bookcase out into the living room. I began broom-dusting the baseboards, cleaning the windows, vacuuming, etc. It was so gross and disgusting. It has been over 5 YEARS since I had done this and as well, have added a dog that sheds and has a lot of dander. Well, talk about sickening..... 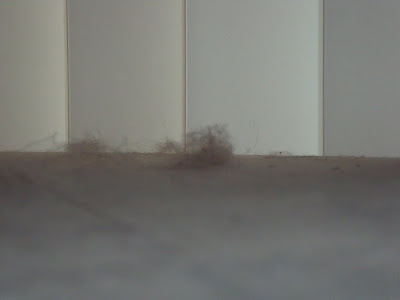 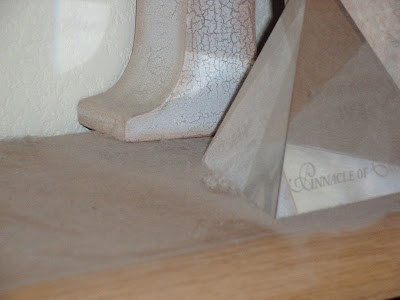 I got the desk all cleaned and the east side of room cleaned so next we moved the desk into its new home. I really like it in this other corner. It just makes the room feel different and less confined for some reason.

We were finally at a point where we could begin to set up the new computer! Sure, we should have finished the rest of the room, but I was too excited. Melon Man brought me the monitor box. We unpacked it and got it set up. Oh my freakin' heck! It is fantastically huge!

Next, we unpacked the CPU and put it in its place. I had popped my knee earlier in the morning and it hurt so bad, but I still found a way to get down on the floor under the desk to plug things in and make sure we didn't have a cord mess again (I just hate that!). Everything came together pretty quickly and I started it up. Oh my. So beautiful! The color, so vibrant! The speed, phenomenal!

By this time, my knee was hurting so badly that I couldn't even walk. I sat in front of the computer until about 6 pm. I got the external hard drive hooked up among a few other things and we were in business. I know that sometimes I look at all the blogs and the look is just "off." Now I know why...most of the templates are designed on widescreen or larger monitors. I thought it would be fun to take pictures of some of the blogs I frequent and post them on my blog so my cousins and sisters could see what their blogs look like on a widescreen monitor versus a regular width monitor...but then, maybe I'm the only one who had a funky view before! 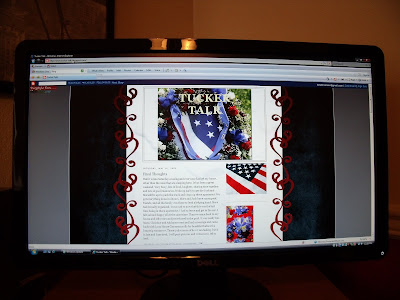 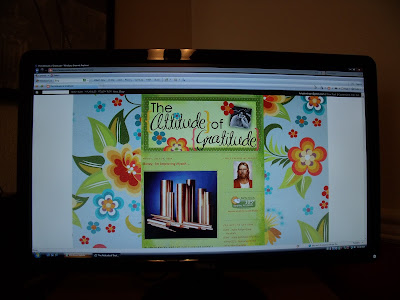 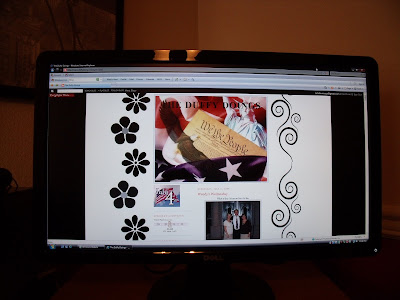 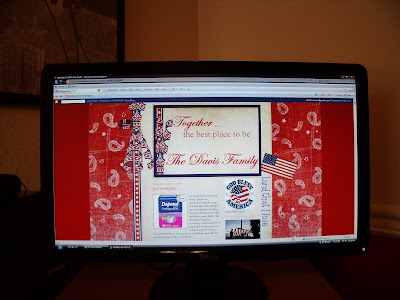 So, I finally moved to the sofa and kept my knee immobile. It hurt so bad, but there was nothing I could do other than wait. I was just glad to have made progress on getting the new computer set up and running! The rest of the room will have to wait until next weekend.

Definitely looks great!! Glad you finally got the room cleaned and situated like you have wanted for a while! :)