So Far, Not So Good

I wrote at the end of yesterday's blog entry that today was going to be a good day. It wasn't.

I got up this morning, got ready and headed out the door at 8 a.m. to head to Mesa. Derek's session was at 9:30 so I wanted to be sure to be there by 9 so I wouldn't be late and wouldn't have to rush. Yeah, that's what I wanted, but that's definitely not what happened. 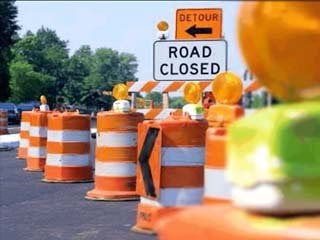 I got on the freeway and soon saw a sign that I definitely didn't want to see today. It said the transition ramp from the 101 south to the 1o eastbound was CLOSED. Luckily, I'd plugged my GPS in as I left, so I thought everything would be okay. I'd just follow the instructions it gave me as I followed the instructions for the detour and I'd be back on the freeway in minutes. NOT. More like 12-15 minutes later, I was finally back on the freeway. As I had gotten off the freeway, there were no signs noting which direction the detour was. So, I listened to the GPS. It guided me to the closest on-ramp for the direction I needed to be going so I headed that way. What should have taken 3 minutes to go to get back onto the freeway ended up meaning a U-turn and going back the way I'd just come from, then a couple miles of bumper-to-bumper traffic in a single lane. Finally, I was back on the freeway - but frustrated and now behind. 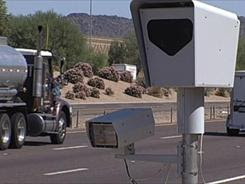 I tried to make up a little time on the freeway, but with all of our lovely speed cameras on the freeways, it was kind of hard. I'd make sure I was going about 68 when I went over the sensors for each of them, but then once I was past them, I'd speed up a bit. Finally, I decided I'd better stop that since I might miss one and end up getting a ticket. Plus, I WAS on the way to the temple and here I was disobeying traffic laws. What a hypocrit I was. So, I slowed down to the speed limit.

Okay, what the heck is going on here today?!?!?! It's like I can't get a break! Have I done something wrong that this is my punishment? I'm trying to get to the temple! I started praying and asking Heavenly Father to PLEASE get me there in time. It was just something I didn't need added to my emotions right now. I started crying, pleading for help to get there quickly. I didn't quite know my way around going this direction. I was so GRATEFUL for my GPS, but I felt this way was just so much longer than the way I usually go.

More construction. Speed zones with 45 miles per hour requirements. Man, I'm never going to get there! I finally exited off the freeway at 9:10. Made it to the temple at 9:15. NO parking ANYWHERE! None in the parking lots. None on the street within 2 blocks. None at the church. NONE! It was now 9:20. There was NO WAY I would make it in time for the 9:30 session, even if I found a parking spot right then, ran all the way to the entrance, got checked in, dressed, etc. 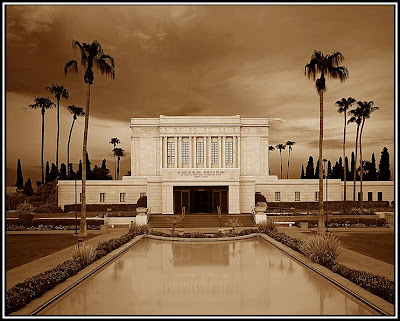 I was devastated...to say the very least. I had been craving this day for a week now and while it was so important to me to be there for Derek, Kelly, and Brad, it was incredibly most important to my spiritual wellness to be there. I had some things that I needed God's help with and this is the place I really wanted to go to receive some inspiration and guidance. I KNEW I'd be able to get it there. I cried. Sure, I could have gone to the 10 a.m. session instead, but I knew from past experience that if the temple was this busy to where I couldn't find a parking spot, it would NOT be spiritually uplifting for me AT ALL. So, I decided that was the end of that.

I headed to the Distribution Center and made my much needed purchase there. The girl that helped me was so sweet. She could see that I was unhappy. She LISTENED as I told her of my plight and was sympathetic for me. We finally got to the business at hand and I soon left, but not before I thanked her for actually listening to me rather than just pushing me through the line and out the door. 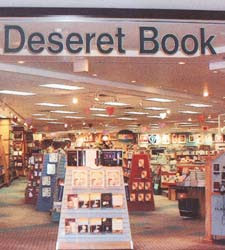 Next, I headed to Deseret Book. I don't know anyone that can go to the temple without stopping in at DB before or afterwards. I went so I could find a gift and a card for Derek. Plus, I desperately was craving a mint truffle bar that they sell there. Oh my. Yum. Found a book by Michael L. Call (I think) that was the genealogy of the royal lines of over 300 American Colonists. He's a renowned royal ancestry scholar. What a find! It was on the bargain rack for only $20, but I knew I already had a lot of the info for the royal line I used to work on. And...since that line belonged to Mr. Spock and he's no longer in the picture, it wasn't really important to me anymore. So, I decided against buying the book. I found a number of other things that I did buy though and soon I was on my way. 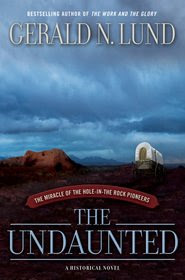 I'm really excited about the pre-order I did for "The Undaunted" by Gerald Lund. It's all about the LDS pioneers that were sent to settle the four corners region of southern Utah. I've loved all of his other books about the pioneers so I'm sure this one will be fantastic too. It arrives next week and I saved 40% on it! I don't find pleasure, like most people, in reading but I truly love his books so I'm sure I will read it.

After DB, I headed to Chandler to go to the Honeyville Farm food storage store. I wanted to get a "couple" of things and since it's so far away from home, I decided I'd drive the additional 10 or so miles and go there. Only $85 later, I was finally out the door. Picked up a bunch of grains, etc. to make a 9-grain bread that I found a recipe for that looked good, got some PETE containers to store them in so they are easily accessible to get to when I need to make more bread. Hopefully, Melon Man will like it. He loves wheat bread. I only like it if it's "bulky" - with "nuts and twigs" in it. This recipe doesn't look so nutty and twiggy, but I'll try it and see how it goes. Also bought a can of dry onions, a can of dehydrated blackberries, and a can of 9 grain cracked cereal mix. Hmmm....maybe that's where the nut/twig part will come from. I hope so! I just need to buy some lecithin now and I'll have everything I need. I have no idea where to get that since they didn't have it there. 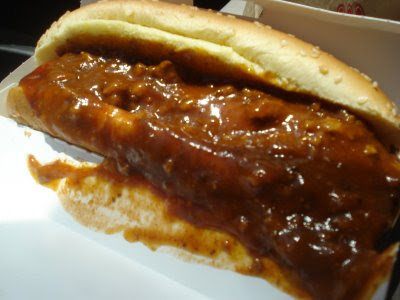 Headed toward home and decided to stop for a bite at Wienerschnitzel (again). So much better without cheese this time. Just plain ol' chili dogs. Yum. 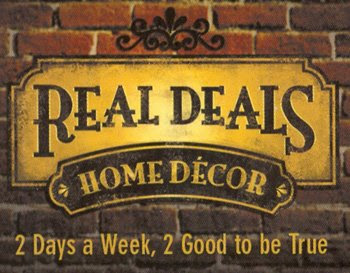 Next, stopped off at Real Deals. They are getting ready for fall and Christmas so they were having a 25% off sale. It was so hot in the store that I could barely stand it. I'm not saying it was just warm...it was HOT. In fact, it was cooler outside than inside and it was 106* outside. I think because the store is only open twice a week, that it just gets super hot inside all week and then it takes forever to cool it down. Only bought the candle-of-the-month (Apple Pie/Cinnamon/Vanilla) and two tassles. Smallest amount spent there to date...$11.

Heading off now in a few minutes to Derek's Open House. I hope I can make it there without anymore construction signs or problems. I better. It's only 3 streets away from our house!

Oh goodness we went to our Real Deals today as well. It was so stinkin hot in our store we about died. I don't know how those girls can work there in those conditions.

I am so sorry about the temple - I know how much you were looking forward to it. Satan has ways to make sure that the work will not go forth, and unfortunately he was successful this time. There will be other times, though not as special and meaningful as this session would have been.

now I found your blog. Went through it. I saw your recipe of that awesome pasta we had at the funeral. I will write it down. I am glad you guys came last night. I hope to see some of the pictures you were taking! See you next time!
Anissa

Chili Dog looks yummo. I love Lund's books too. And I love pioneer stories. I 'll have to look into getting it.

I'm sorry that you missed it but atleast it gave us more time to chat. Love ya sister!