On Our Way to CA

We left this morning for California for Uncle Bob's funeral.  It's great to be heading out to California again, but unfortunately, not for this reason.  It will be nice to see everyone again.  It's sad that we don't get to see all of our cousins very often.  I guess all of our lives have just taken us all in different directions over the years.
As we drove across the desert, the flowers were so beautiful.  I couldn't stop taking pictures of them.  Every time I thought I'd seen a huge chunk of flowers and taken its picture, I'd see another group of the same flowers and would take another picture!  These ended up being some of my favorites. 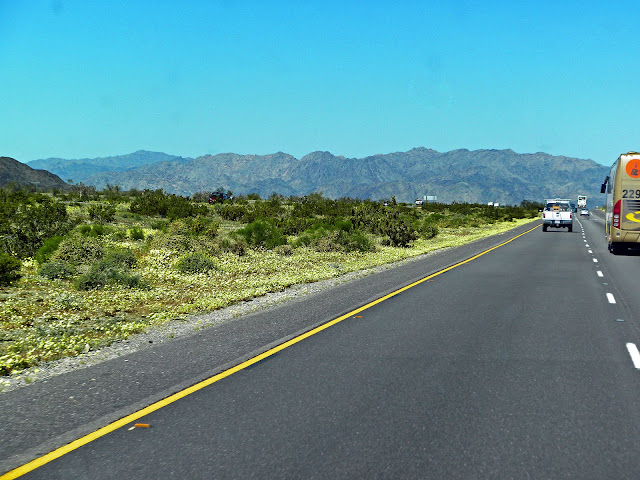 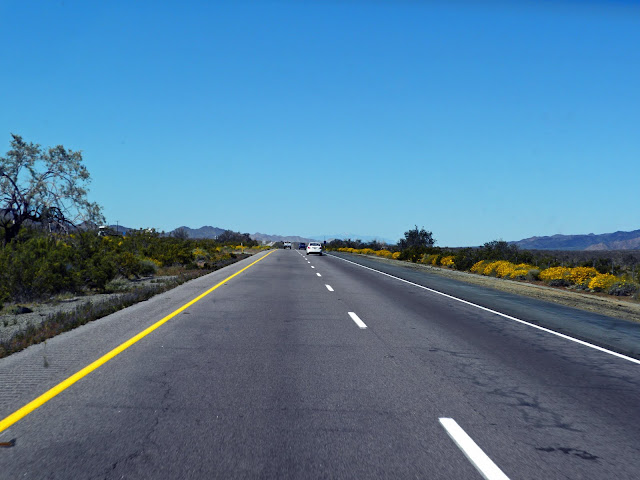 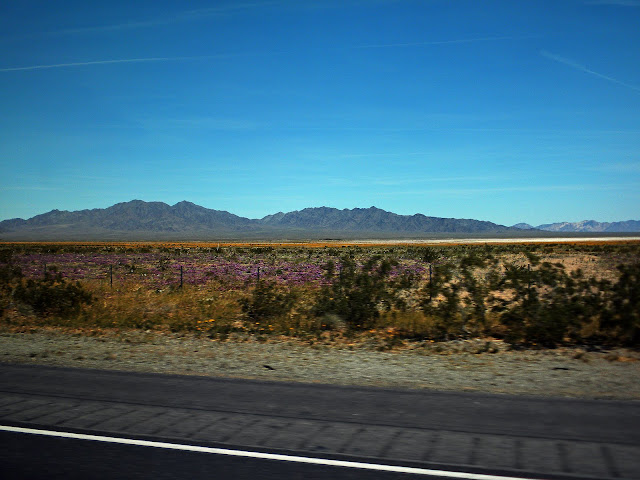 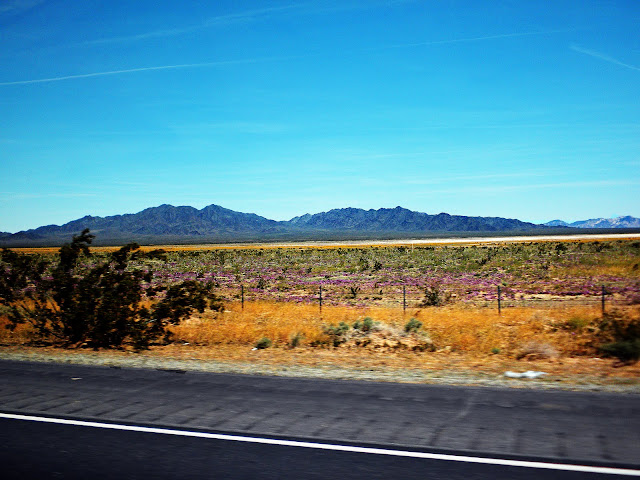 We arrived in the early afternoon and found out that Auntie Tia and the girls had just gone to the salon for some haircuts, so Lisa, Katie, Amanda, and I headed down to the shop to surprise them.  Sherry tried on this wild hat.  It was a "red hat society" hat and was quite the flashy little hat on her. 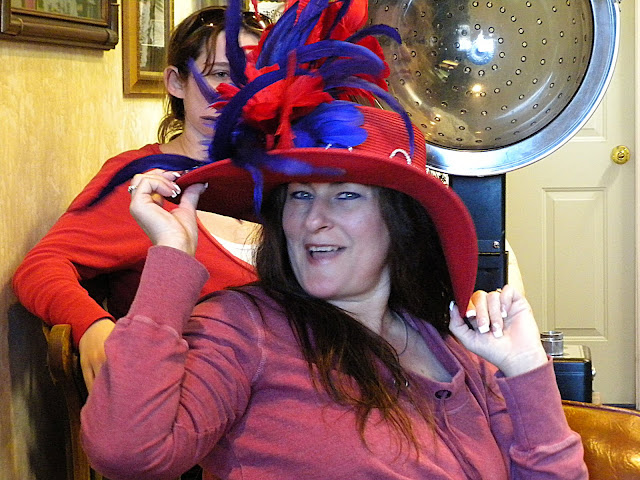 Auntie's hair ended up very cute on her.  I was not used to seeing her like this and she looked so much like Mamo in this picture.  She looked relieved of her stress that she'd had over the last 10 years taking care of both Wendy and Uncle Bob.  I wondered how she would do after all, her kids left.  I'm sure it would be very, very hard. 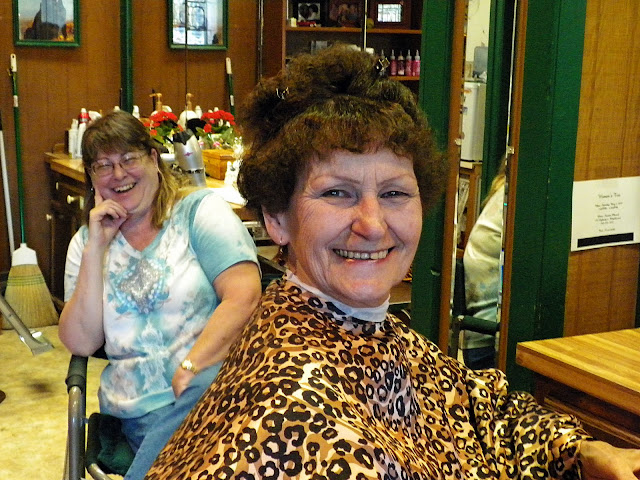 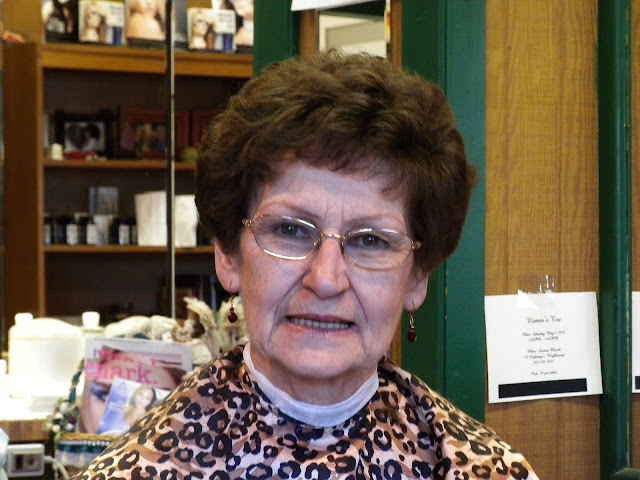 After Auntie was done, Sherry got about 8-10 inches of her hair chopped off.  It looked SO good!  I love her with shorter hair like this.  It just looks so fresh and alive. 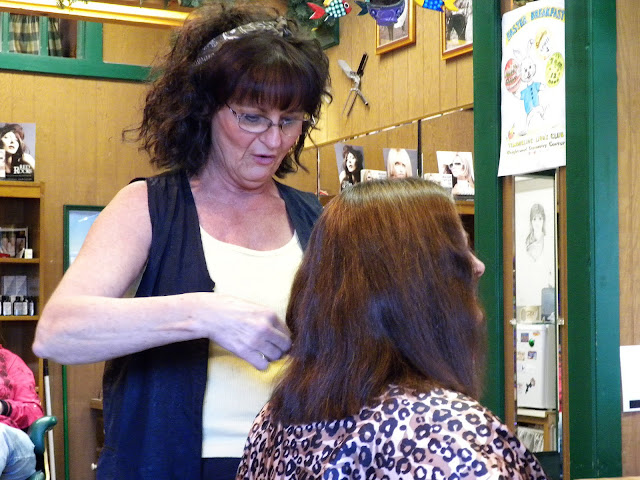 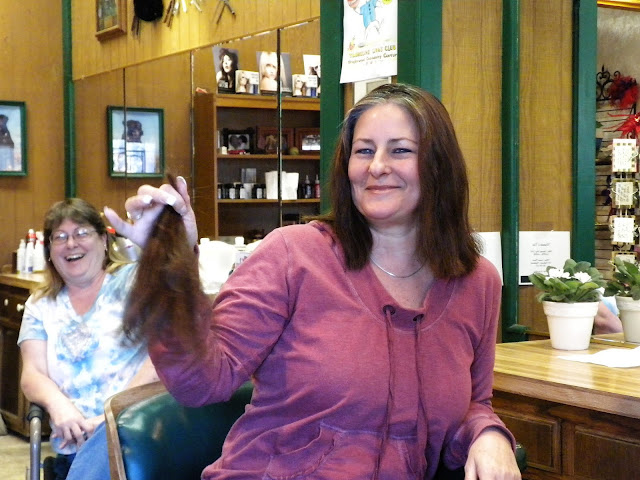 Next, Shelly was up for a cut.  This was the before picture.  For some reason, I didn't get an after picture of her!  Or...maybe this was it.  I can't recall which it was! 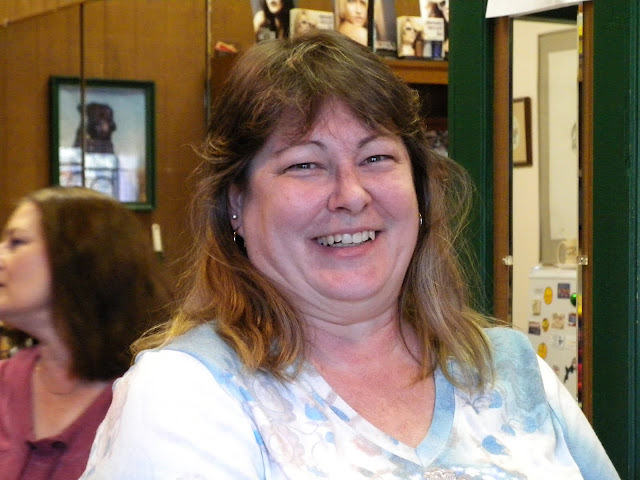 After the hair salon, we piled back into Lisa's SUV and headed into Hesperia to Target.  We all browsed around for a bit and then headed back up the mountain.  By then, a bunch more of my family had arrived as well as a bunch more of all the rest of the family.

There were a number of photo albums of Uncle Bob's life that had been put together and were laying on the table.  I took a look through them and found these pictures of Auntie Tia and Uncle Bob when they were much younger.  Oh, the times.  They look so happy though.  And doesn't Uncle Bob look so dashing, especially in his uniform?  His son, David, and his grandson, Timothy, sure do look like him! 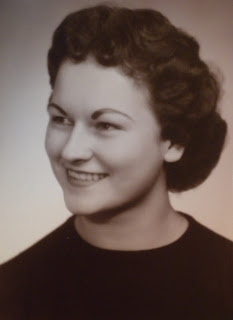 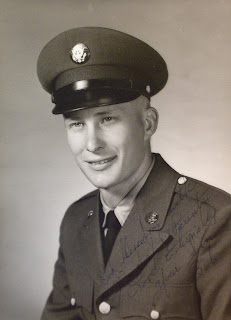 We all hung out for a few hours and had dinner.  Leslie and Denise arrived with their dad, Uncle Rodney, and we girls all visited for a bit around the table.  I also grabbed a couple of pics of Katie and Sherry and then Sherry and Terry.  I hadn't seen Terry since he and Sherry were first married, many, many years ago. 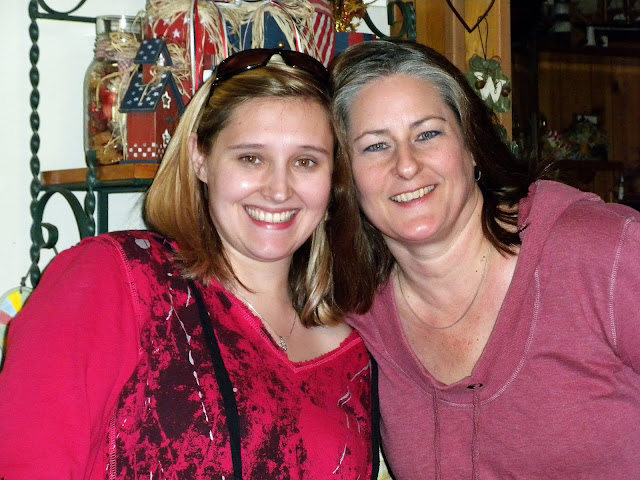 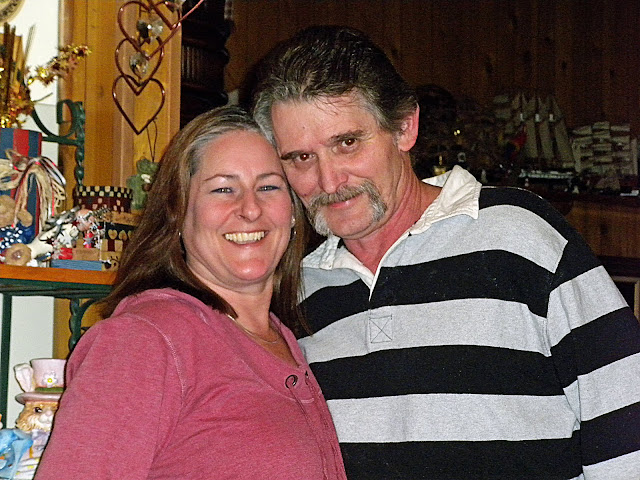 Soon, folks started heading out, back to their hotels and such.  I helped clean up dinner, did the dishes, and then Melon Man and I left too.  We checked into our hotel room and got settled for the night.  I stayed up forever, it seemed, ironing clothes.  Soon, we were off to bed and quickly asleep.  Tomorrow...the hard day.