I am the Worst Wife Ever

I did it again.  I totally forgot our [temple] anniversary.  All day yesterday, I kept thinking...there's something special about today...but I just couldn't think of what it was.  The sad part is that for the last two weeks, I've been reminding myself that I couldn't forget this year...and then I did anyway.  I can't believe it.  Melon Man didn't say anything about it so I'm not sure if he remembered or forgot too, but either way, I forgot and that makes me sad. 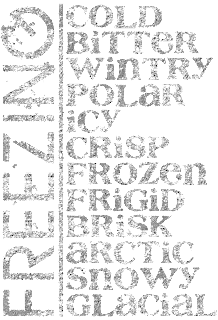 Today is New Year's Eve.  I have the day off of work.  It was so nice to not have to think about getting up and going in.  Melon Man called me at 6 a.m. like he does everyday, but nicely let me go back to sleep when he realized I didn't have to work today.  Then, when he came home, he patiently waited for me to wake up (with a little prodding) and we left to go to breakfast at the Coral.
We walked outside and it was friggin' cold!  Yes, it was a whopping 29 degrees and there was frost on the windows so we had to sit and wait for the defroster to melt the frost since we don't own a window/ice/frost scraper...we live in the desert, ya know.  And, we both had forgotten to grab a jacket!  We just aren't used to cold like this so to grab a jacket just doesn't quite cross our minds sometimes.  Later today I will have to go out and cover the lantana plants or else they'll be black tomorrow.  It's supposed to be even colder tonight.

Here is a picture of our frost this morning...yeah, I know...everyone else not here in Arizona is probably laughing at me, but for us, this is an event of catastrophic proportions.  People lose their senses when it gets this cold.  They start to forget how to drive.  They wreck all over the place.  They are afraid to go outside.  We just don't own the clothes for this type of weather!

We made it to the Coral and man, was it ever swamped with gumchompers, plastic/blue hairs, highwaters, and skidwanians.  What a time we had laughing!  Melon Man shuffled along to the restroom at one point and I was laughing my head off so hard that I almost spewed Diet Pepsi out of my nose...now THAT is a netti pot!

Melon Man has to work tonight so he is sleeping this afternoon.  I will be alone when the ball drops, so if anyone feels like calling and wishing me tuke-a-mahki at midnight, feel free.  I'll be swigging down my Martinelli's and watching The Nanny or some fool show like that.

I've been scanning a bunch of the blogs that I regularly read and everyone is doing recaps on what their year was like.  I really don't want to do that.  It's all on my blog already.  Why re-hash it?  But...I do want to update a couple of things.

First...our food storage increase for this past year.  Pitiful.  We only added the following items...

I guess the good news is that we actually used quite a bit of our food storage this year - when I actually cooked anyway.  It seems that we hardly made a dent in it though.  I'm trying to use it so we rotate through it, but I just don't cook much anymore now that Melon Man works nights.  I just can't see making a meal just for me since he doesn't like to take food for his 2 a.m. lunch time that has to be warmed up.  We have also really run out of "storage" space for our food storage.  We need to make a change somewhere inside the house so we have better storage options for it other than piled in the corner in our bedroom.  It's unfortunate that homes here have little to no storage inside and that it's so hot that you can't put it outside.  I do look at this lack of additional items as somewhat of a good sign though and that is because we stocked up so much the prior year that we didn't have to buy much in way of additional storage this year.

The next update is about our debt.  We, luckily, only have our house debt now...and even more luckily, it's the original loan from 10 years ago so we don't have a monstrous amount of "upsidedownness".  The economy has been so bad the last few years, as everyone knows, that the housing market is way down....evenmoreso here in Arizona.  We did try to get a refinance loan on the house and bring the terms down to 15 years at 3.5%, but because the home values here are SO LOW, even we are now considered upsidedown on our house by about $35K.  That stinks so bad.  Here we tried to do as we've been counseled - get out of debt - and we couldn't make things better for doing so.  This will just mean that we will need to sit down, go over our monthly obligations and such, and maybe revamp some of our spending so we can pay more on the principle of our house and get the balance down faster.

The last update is about us.  I can't speak for Melon Man, but I "think" he agrees - that we are good, we are happy, and we are on the right track.  We're not perfect - nobody is these days - but we try to make things almost perfect between us.  We both constantly comment how the last 6 years have flown by and how they have been so much happier than the prior 14 & 20 were.  Sure, the house may be a mess, I may be overweight, he still leaves his socks all over the place, but we are working on improving those things.

And with that said, I am updating my goal list for 2011 over on my sidebar.  I don't think I've accomplished a whole lot this year from that list but this coming year, I want to keep track of my/our progress on the goals that are most important to make sure we're on track and doing what we're supposed to do.

I am glad that 2010 is over.  It seems like it wasn't the best of years - lots of travel for work, lots of long hours, lots of not feeling well, lots of this and that negative type of stuff.  I've already made it a goal to work as close to 40 hours a week as possible and have been doing pretty well with that for the last 2 or 3 months.  I hope to continue doing that this coming year so I have more time to accomplish the things on the sidebar.

Well...quick update on the frost...guess I won't have to go cover the plants as I had planned...I just went to go do it and apparently in the time from when we left this morning and they were still green until now, they've turned black.  Lovely.  Halloween was two months ago...not now.