Yes, that's what is wrong with Taylor.  We learned today that he has Hodgkin's Lymphoma.  It really wasn't a surprise.  I think we all knew deep down inside that that's what it was, especially since the nodes in his neck had swollen up so much in the last 3-4 months.

After Jennifer told me, she asked that I call our brothers to tell them.  I couldn't get ahold of Kurt so I called Ang and told her.  I couldn't tell for sure, but it sounded as if she was about to cry.  Things haven't been the best between Jen, Ang, and Kurt for a while, but this let me know that she does care about Jen and Taylor and the fact that Jen has let me keep Kurt and Ang informed about everything lets me know that she cares about them too.  Someday, hopefully, things will change between them, but for now, I'm just glad that I can be an intermediary for them.

I was in shock, but not shocked.  I kind of sat there at my desk just solemn and sad for a couple of hours.  It was hard to work.  It was hard to concentrate.  I just couldn't believe that my 16 year old nephew has cancer.  I got on the internet and started researching.  I learned that there are two main types of lymphoma - Hodgkin's and non-Hodgkins.  Hodgkin's is more easily treated and "cured" although it doesn't appear that it's ever cured - just in remission.  Non-Hodgkin's has a lower 5-year survival rate.  It is 80% versus 96.1% for regular Hodgkin's.  Taylor's success at dealing with this will depend on what stage he is in.  He has a full day of tests scheduled for him next Wednesday and then on Thursday, they go back to find out what stage he's in and what the treatment will be.  Oh, please don't let it be stage 3 or 4!

This evening I went to my first LDS Prom committee meeting.  It was hard for me to focus on the discussion and to be creative.  My mind was elsewhere - Taylor - and how this would be for him if he lived here.  It was hard thinking about it.  I left the meeting almost 3 hours after it started feeling a little better and with a list of assignments.  I'm in charge of the posters, invitations, tickets, and website.  I'm going to have to do almost all of it this weekend because I won't have the time to do it next week and the following week they will all need to be printed, etc.  We finally chose a theme - One Enchanted Evening.  I'm not super keen on the location, but the rest of the committee visited it and thinks it will be great, so I'm cool with that.  I just hope I can create something that everyone really likes... 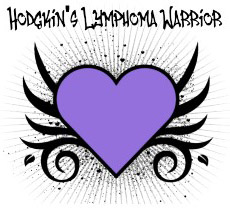 Just before I left, one of the ladies asked me what kind of cancer Taylor has.  I explained it is Hodgkin's lymphoma.  She told me that her sister found out two years ago that she had Non-Hodgkin's Lymphoma.  She had a cantaloupe sized mass in her chest.  She was in Stage 2.  She started chemo and the mass shrivelled up like a raisin.  Then, they hit the surrounding area with radiation and she's been great ever since.  I so hope that is what will happen with our Taylor.  The conversation gave me a little hope and I headed on my way to come home.  I doubt I'll sleep much tonight...I'd still mad that this is happening.  Melon Man and I both, however, told Taylor tonight that we will both shave our heads to show our support for him, if he thinks that will help him get through this.  He kind of laughed.  I think he doesn't think I will do it...but I totally will if it will help him.