Guess Who Won in the Costume Contest?

We had our ward trunk-or-treat tonight and if we hadn't had to go (because the Young Women were in charge), we wouldn't have.  But, since we had to, we made the best of it.  Yes, Gout Girl created an awesome costume for us and Melon Man put his own spin on it.


We WON for cutest couple costume! 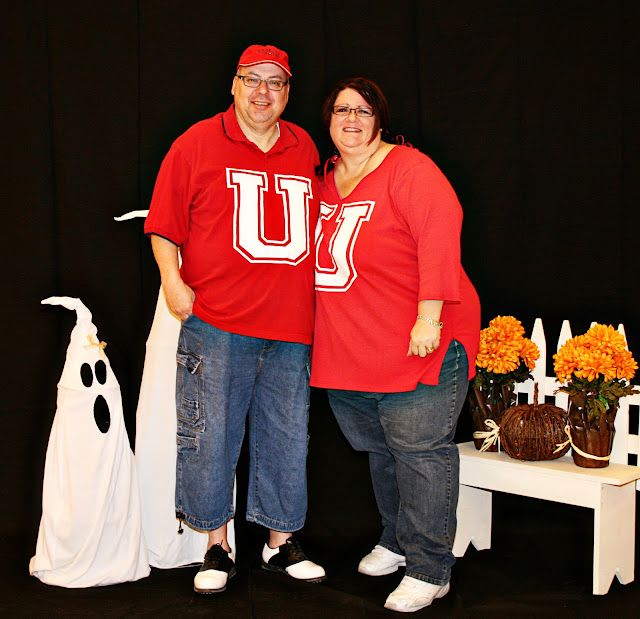 That was one piece of our costume...the rest is pretty obvious. 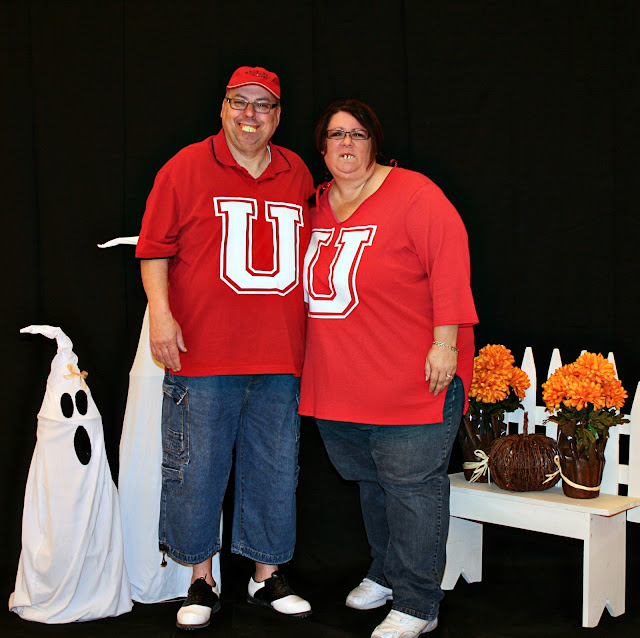 Yes, the black and white shoes, along with the buck teeth, were all Melon Man's idea.  I came up with (thanks to Pinterest) the actual costumes.  I cut the white "U" on the front and the white lettering and numbers on the back of the shirts out of white vinyl.  It was really hard to apply them because the vinyl just did not want to stick to our shirts.  But, I finally got it to work and this is how they came out! 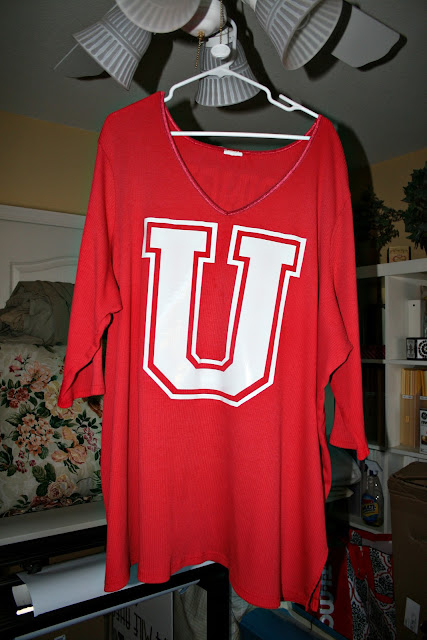 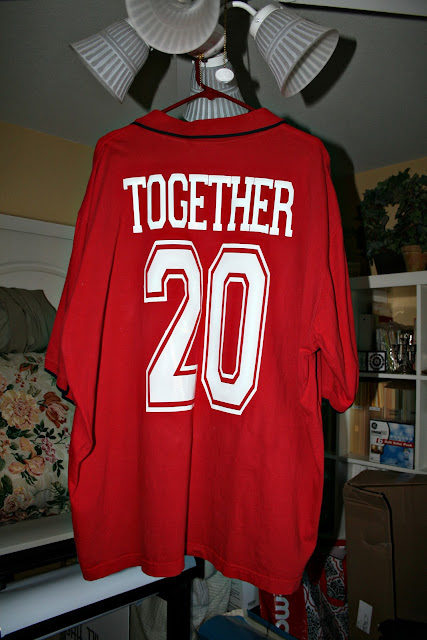 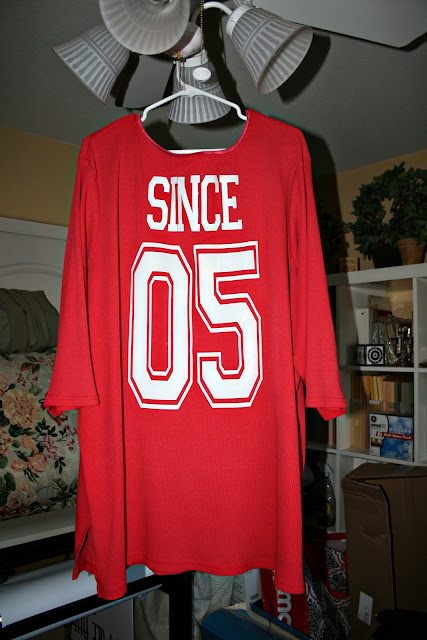 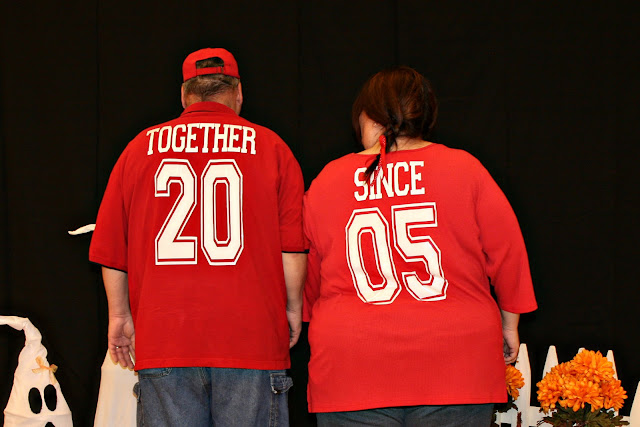 Now, the funniest part about this whole thing is that we are NOT University of Utah fans.  Nor are we BYU fans either.  We are University of Michigan fans.  But...nobody at a Mormon ward would have thought it was funny that we were wearing University of Michigan shirts to a Mormon party.  So, instead, we hyped it up with our U of U shirts and hick teeth.  We rocked it...and, we ticked off a few die-hard BYU fans in the meantime!  (Note...I guess we ticked off the wrong BYU fan though...we may be speaking in Stake Conference now...not really, but it was a fun threat.)

The Trunk-or-Treat activity seemed to go over well.  I don't know...I was busy taking pictures at the photo area.  I used my new backdrop stand and black backdrop, along with my bench and then some props from our YW President.  I was going to do some spider webbing on the backdrop, but then I decided not to.  Looking back now, I wish I had.  Oh well.

It was a busy day today.  I got up at 6 a.m. - on a Saturday - and began working on my lesson for tomorrow.  It just was not going well.  I couldn't really get it to come out like I felt it needed to.  Instead, it just kept going round and round and I was feeling lost and low.  So, I decided to pray.  After I was done praying, I went back to working on my lesson and within just minutes, I knew it was okay to postpone it until the next time I have to teach (3 weeks).  Instead, I am doing the next lesson now.  And, I feel good about it. Maybe there is a girl in my class who needs that one.  I don't know.

Anyway, that whole issue took up most of my day, along with cutting the vinyl for the shirts, applying them, learning how to set up the backdrop stand, and then heading off to the activity.  Once the activity was over, we went to Chili's for dinner.  The service was quite lacking and the dinner not so great.  I watched Melon Man eat a steak while I ate my broccoli, tough corn on the cob, and coldish gross jalapeno cheddar mashed potatoes.  Good thing we had chips and salsa...that was the best part of the meal.

Came home and cut some more vinyl for the "handouts" for my lesson tomorrow.  What a pain.  I hate it when I don't realize how small something will be when I shrink to fit a 6x6 tile versus a 12x12 and then it takes forever to weed it.  Not fun.  Oh well.  I hope the girls will like them anyway.

Oh...and yeah...we won tonight!  That made the whole day worth it since I've never won a costume contest before!