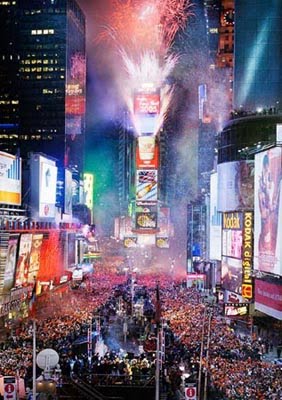 It's New Year's Eve.  I am at home alone.  Melon Man is at work until about 10 p.m.  I will be on pins and needles until he gets home.  I hate NYE because of all the drunk drivers.  We plan on just eating some buffalo wings when he gets here and drinking some Martinelli's at midnight.  No big plans other than that.  Just not my thing.  Melon Man likes it though.  He wants to go out and bang pots and pans at midnight.  I'm a party pooper.  I'm too afraid of the random gunfire and such.

This week at work has been so nice.  Calm.  Quiet.  Productive.  There were actually two days that I had to fight to stay awake!  I'm so used to go-go-go the whole day that I never have a second to relax like that.  It was just so peaceful that I relaxed too much!  I mean, I was working and doing what I needed to, but I was so relaxed that my eyes just started getting tired!  I had to force myself to get up and go walk around to wake up!  I have been able to get a lot of projects done that have had to be put on the waitlist, so that was great!

I am glad this year is over.  It has been a LONG year (although it's seemed to fly by).  Hopefully, 2010 will bring a better economy, more reasonable work hours, and more relaxation!