When It Gets Hot, Of Course....the A/C Stops Working

outside my window...a mini haboob.  A haboob is a desert dust storm.  I didn't actually get to see it, but it was on the news.  Hopefully, we're starting our monsoon season!
i am thankful for...air conditioning.  It's been REALLY hot here the last couple of days - in the mid-one tens...ouchy!
i am wearing...the same thing as always.
noticing that...there are a lot of dog foot prints on the floor that need to be mopped up.
i am reading...a bunch of digi-scrapping blogs.  I'm thinking of switching over!  Weird, I know.
on my mind...the pain in my back and what's causing it.
pondering these words...thank you and a couple of thank you cards I need to write.
around the house...dishes, clothes, dog hair, stuff.  argh.
from the kitchen...wal-mart pizza for dinner.  Not bad.
one of my favorite things...cool air inside when it's hot outside.
i'm creating...a plan in my mind for the weekend.
a few plans for the rest of the week...cleaning, moppping, wedding invitation making, menu planning.
from my lens...well, not from my own lens, but from the Jo Totes website....pictures of my pretty, new Jo-Tote purse/camera bag!  It just arrived today!  I can't wait to take it to Michigan with us!  I guess I'm taking my fancy pants camera with us now! 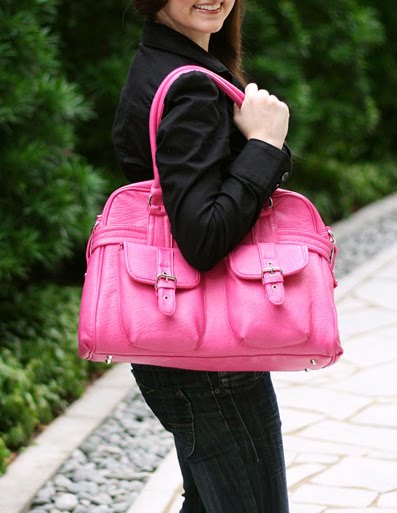 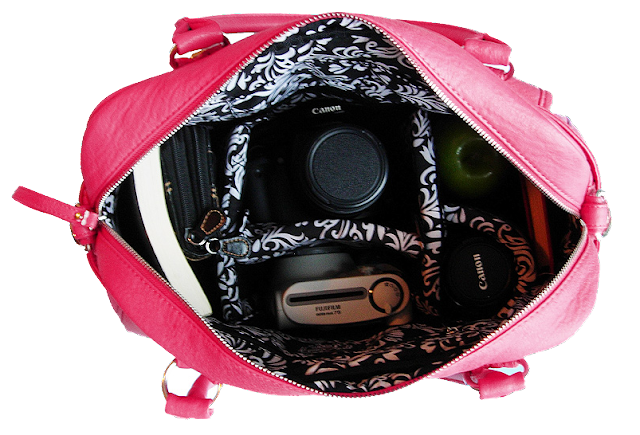 Okay, so now an update on the last few days.  Tummy gum boo is mostly gone - thank goodness!  However, on Friday I began experiencing HORRIBLE lower back pain.  Wasn't sure what was going on but every time I would go to stand, a horrible pain would go shooting through my lower back and almost make me collapse.  I could barely get up from a chair or the sofa.  I cried myself to sleep that night because it hurt so bad.  On Saturday, it was even worse.  Just before Melon Man left for work, he gave me a blessing.  I eventually well to bed around midnight or so and I actually sort of slept.  I didn't wake up again until 11:30 on Sunday morning.  When I went to get out of bed, no pain!  I was so happy!  I lounged on the sofa most of the day watching tv or organizing digi-files.  But, as night approached again, it started to hurt again.  Today, it's been pretty painful.  So, I think a visit to the doctor for some tests is in order soon.  I fear I may either have a kidney stone or a kidney infection.  Dang.

So, yesterday while I was "lounging" on the sofa, I noticed the A/C was not shutting off.  I'd noticed it on Saturday too when it ran for 8 hours straight.  After it ran for 3 hours, I got up and turned it off so it could rest.  Maybe it was so hot outside that it just was not turning off.  It was 110 degrees for heaven's sake.  So, I let it stay off for about 2 hours while it started to heat up inside the house.  The inside heats up a lot faster when it's hot outside, that's for sure.  Finally, a few minutes after 4, I decided to try it again.  Yep, just as I suspected....hot air.  DRAT.  So, I made the dreaded Sunday afternoon call to the A/C company.  An hour later, they called back.  Yep, it was going to be overtime rate since my call came in 7 minutes after their regular time rate ended.  CRUD.  Why on earth does this ALWAYS happen on a weekend?!?!?  I decided we could wait until Monday morning, if they would be here first thing.  We were able to be the first appointment.  A few hours later, Melon Man got up from his sleeping and asked why I didn't have the air on.  Uh, yeah, like I would just turn it off when it's hotter than heck outside.  So, I gave him the 4-1-1 on what was going on.  He soon turned it on, replaced the filters, and it was working again...but still taking forever to cool down.  At least I was able to sleep through the night though in a cool house. 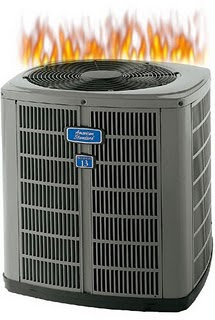 This morning, the "You'll Like-a-Ho-bai-ca" guy showed up right on time...which I love about them.  Melon Man called to give me the news...a leak.  We'd suspected this as we'd been told this before as well and we'd always just filled up the freon again to get us by.  However, this was the end of that.  Last time they came out, they'd told us that they could do some leak procedure but it would be $300.  Yeah, I wasn't going to do it at that time.  We bought a service plan instead for half the price and we've done pretty well up until now.  Our plan ran out last year and we never renewed.  But, we survived the summer last year just fine.  Well, today, the news was not good.  The leak was a pretty good one.  So, this time, we did the leak fix - for $400 now, but hopefully it will fix the issue this time.  Plus, we bought the service plan again.  All to the tune of $575.  Yay.  Not.  I guess that IS better though than $6,000 for a whole new unit!

As I walked in from work tonight I could definitely feel the difference.  I've also noticed that as I've sat here blogging, etc., that it only runs about 15 minutes and then shuts off for a while.  That is SO MUCH BETTER than the hours and hours it was running!

So, hopefully, the investment we made today will be worth it and we won't have to replace the A/C unit like we thought we might!

So, now I'm off to bed...it's a short week at work this week (I'm off on Friday), but that always means that my hours are much longer to make up for the missing day.  So, nighty-night I go!

You'll probably see a lower utility bill too since it's not running so much. Nice benefit.

Cool bag!!! I eventually want to get one but not very high up on my list right now. Just trying to save. Want to the the funny thing to your comment on my gardening post, I do have a lantana, a honeysuckle, and a rose bush in my backyard and not a stinking bee. They only come for water out of the pool on rare occasions. Sorry to hear about your a/c. That really stinks but I am glad you have it fixed and a service plan!

Yea it is fixed. YOu are right better than $6000. How warm did your house get?