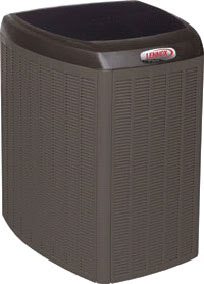 Who would have ever thought?  OH MY GOODNESS!  Can I just say that that is A LOT OF MONEY?!?!  I mean, you can buy a car for that price!

As I've blogged recently, we've been experiencing quite a number of issues with our A/C unit.  Yeah, it's working but it pretty much SUCKS that I can't turn it below 75 degrees without it stopping working.  I know...it's 117 degrees outside, but that shouldn't matter (too much anyway).  If I want it to be 72 or 69 or 65 degrees in my house, that's what I want it to be.  Actually, when it's 117 outside, yes, 75 DOES feel really good.  But, if I'm doing things around the house, then 75 is still too warm for me.  Maybe if I could just get some of this padding off of me, I wouldn't be so hot.  I just don't understand though, why an A/C unit can't keep me as cool as I want to be.  I mean, my family in Utah can have it be 95 degrees outside and they have their A/C on 62 and it runs just fine.  When it's 95 here, I worry the unit will stop working if I drop it below 74.  That's just not right ... or fair.

Anyhow, as I started to say, we've been having problems with the A/C unit.  Actually, it's had problems since Day 1.  I bought this house in March 2001.  I called the repair company 3 times that summer because it wasn't working right.  Once the next summer, then off and on over the remaining years.  Two years ago, I finally chose another company - Hobaica - and they were fantastic.  The air that came out of it was really cold and we had no other problems until this year.  It's stopped working 2 times this summer already.  Hobaica to the rescue again.  I love being on their preferred customer comfort plan.  They are a really good company to work with too.  They have been family owned the entire 58 years they have been in business.  Well, after our second call to them for repair, and the tech's recommendation for a variable speed unit, we decided to see what it would cost to replace it.  The tech had told us a new unit would be anywhere from six to 12 thousand dollars.  Surely the one for 12K would be something far more than we would need.  Yeah, right.  The salesman came today to meet with us.  He was here almost 3 hours.  The poor guy...he was drenched by the time he got done crawling through our attic measuring things, etc.  (He said that some days he drinks 10 Gatorades throughout the day to stay hydrated.)  He gave us the price on 3 different units based on our needs and desires, etc.

Both Melon Man and I could not see buying the lower end one because over time the SEER value drops and sooner than later we would be right back in the position we are in now.  The unit we have now started at a 13 SEER and is now down to a 9 or 10 SEER.  We next thought about the 16 SEER unit and really decided that the best one for us for just really $700 more after all the rebates and tax credits and such is the 17.5 SEER.  Plus, no matter which option we went with, they would reduce the price by the $600 we recently paid for the service we had done.

They were all Lennox units, but the last one was just the better option all around and a LOT quieter than the others too.  They even had a no interest for 12 months option.  That was all great and fine and dandy, but who has an extra $1,000 a month?  Not us.  Plus, the unit we have right now IS working.  Melon Man thought about it and we talked about it and we have decided to wait.  Our truck will be paid off in four to five months.  We can then put that money away in a special account to save so we can pay cash for the new unit when it finally comes time that we need it (or at least put a big chunk down on it).  He's always so good about talking me down about stuff like this.  He tried to do that we bought the "big" house, but I just didn't listen and where did that get us?  Out $2,700.  So, this time, I trusted his judgment and went along with it.  He IS the priesthood holder in this family and I try to respect that position.  Right now, there just is no NEED for a new unit.  Hopefully, if there comes a time that we NEED a new unit, we will be able to get all the rebates and credits then too.

After the guy left, Melon Man went to sleep and I sat down on the sofa for a few minutes to watch a show.  Yeah, I don't know what happened, but 6 hours later, I woke up.  Yeah, I'd slept that whole time.  So much for getting stuff done around here today!

I came in the office and finished up the skit requirement pages for Girls Camp and sent them off to Jen.  Then, I warmed up some hot dogs and had those for dinner, along with some watermelon.  It was SO good and sweet and cold.  Yum.  Even Dog liked it.  (He actually LOVES watermelon too.) 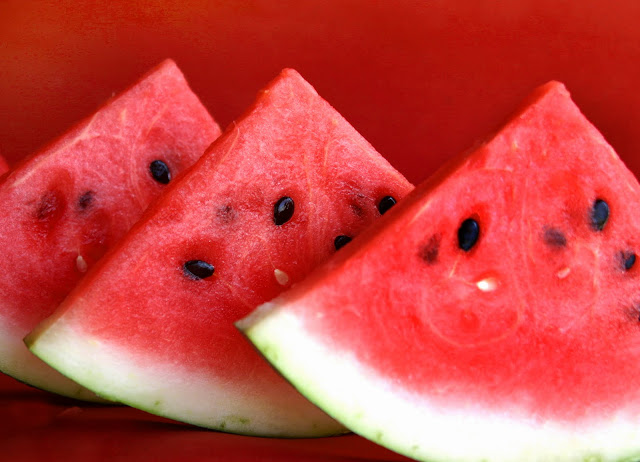 Melon Man headed off to work and I came in to print the programs for church.  I just now realized that I was a dork and printed the entire file instead of just the first page and then flipping it over and printing on the back.  So now, I have 120 pages (60 of the front and 60 of the back), of which either the front 60 or the back 60 are going right in the trash so I can print the other page on the back.  What a waste.  I guess I just didn't think about it when I clicked print.  Darn.

Yikes! I hope our units will keep us going for quite sometime. Can't afford to be spitting out that kind of mula so quickly!

I would wait as well. Limp it along as long as you can. That is what we have been doing. Hang in there.

Who would have thought they would be so expensive? Keep us posted.

Dang AC units. We are also having problems with ours. It sucks how much those cost. I have heard that if you wait tell summer is over the price drops a little, do to the damand for AC units are lower.
Good Luck.