I mentioned about a week ago how I had purchased a vegetable basket from Bountiful Baskets when I ordered my pickling cucumbers.  Well, one of the only problems with doing that is that I just don't cook much anymore because of our work schedules.  Melon Man doesn't like to eat before he goes to work at night, so I usually just forage for something at home or stop and pick something up on my way - whatever time of the night that may be.

Well, last night I finally got hungry around 10 p.m. since we hadn't made anything for Sunday dinner after church and I knew I had a bunch of veggies and herbs from the co-op basket that needed to get used, so I decided some pasta with veggies and shrimp sounded good.  This ended up being a VERY simple (to make and tasting) dish, but it was filling and just comforting food.  It probably could be "jazzed" up some with some kind of sauce or such, but I just wanted pasta with butter and salt and pepper with some veggies and shrimp, so this was perfect.

Prepare your pasta in a separate pot according to package directions while you prepare the rest of the recipe.  When finished, drain and set aside. 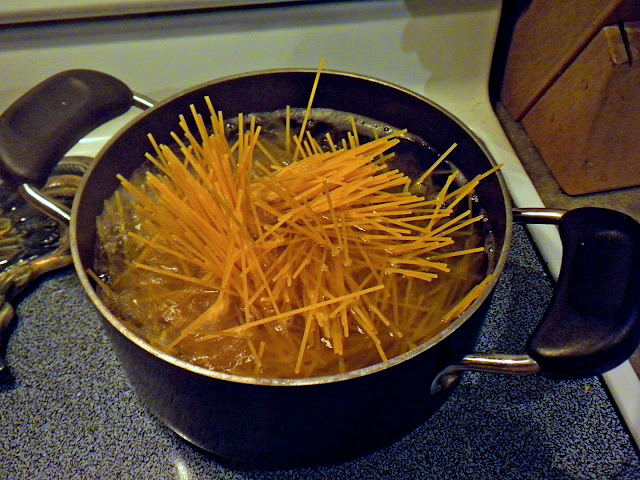 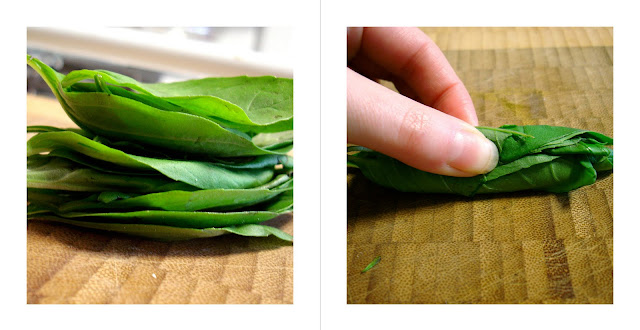 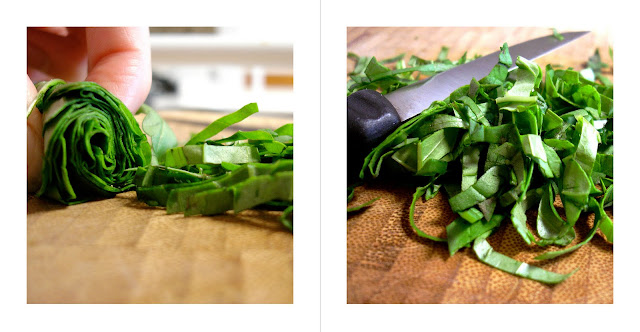 In a large, deep saute pan, melt the margarine.  Add in the zucchini, garlic, mushrooms, basil, and salt and pepper (I prefer the "restaurant grind" of pepper and kosher salt). 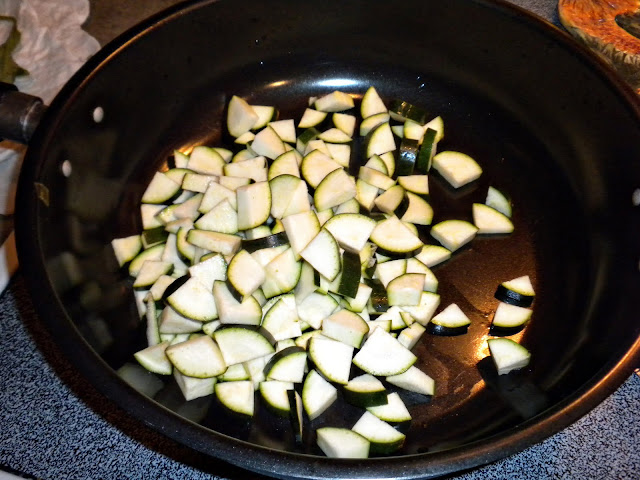 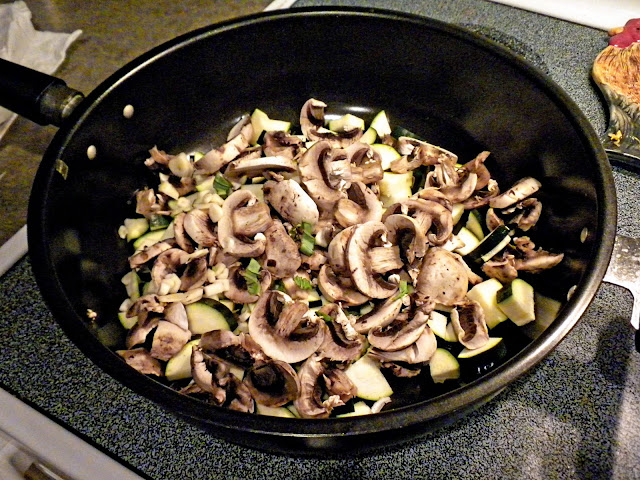 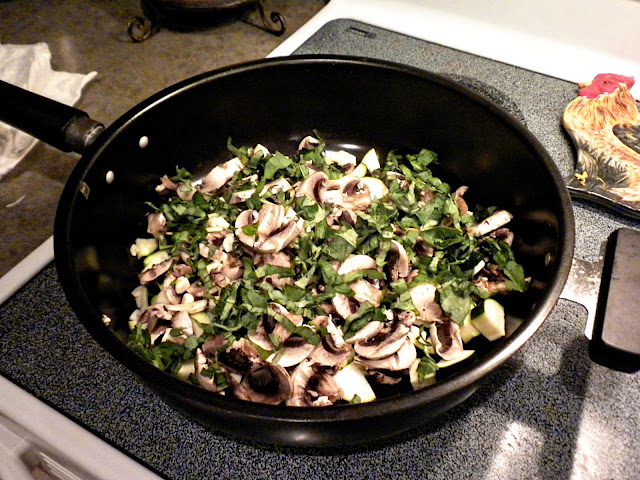 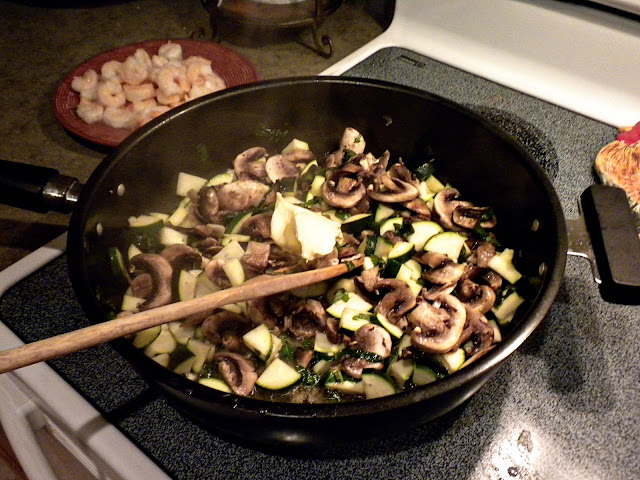 If using pre-cooked shrimp, saute the veggies until "al dente plus".  Okay, so that is my own term (I think).  "Al dente plus" is al dente plus just a tiny bit longer to where there is still a little bite but it's starting to head to the softer side.  If you like al dente, go for it, but for this, I like al dente plus.

If using uncooked shrimp that still needs to be cooked, throw it in at the early al dente stage.  By the time it's cooked, the veggies will be at al dente plus. 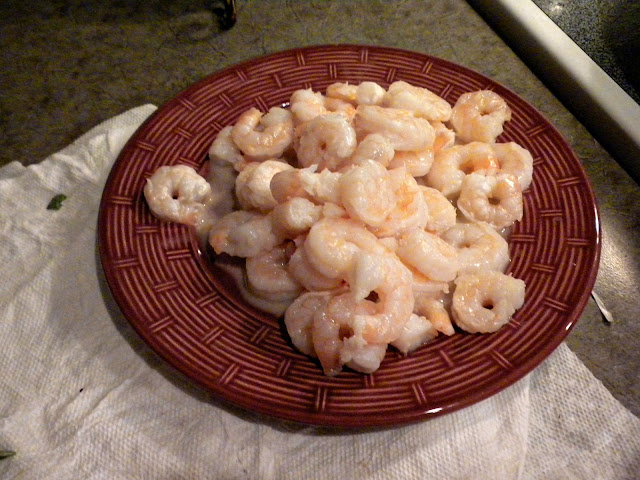 Remove the pan from the heat so the shrimp stops cooking (or it will be come rubbery) and dump in your drained pasta. 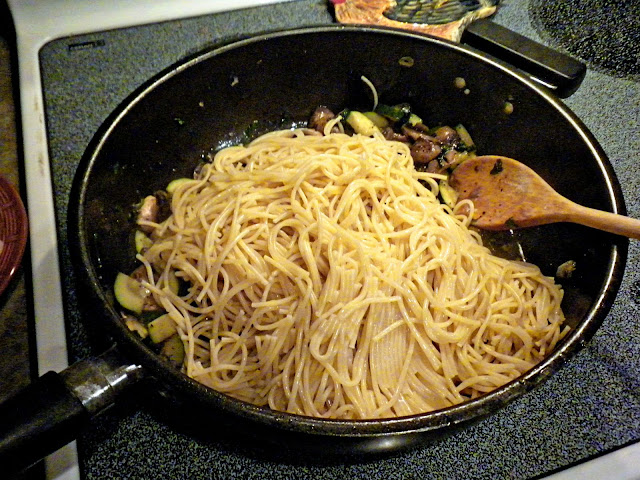 Then, using tongs, toss the veggies and shrimp with the pasta until everything is well coated in the buttery goodness.  Taste and season with additional salt and pepper as necessary and voila!  You're done!  Eat and enjoy.  Yum! 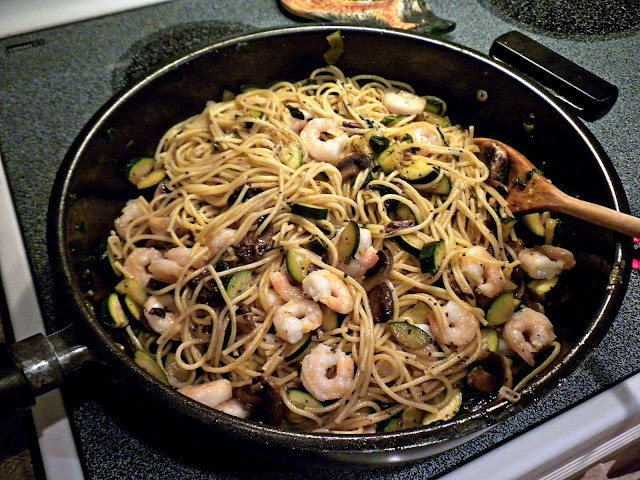 Yum!! Looks fantastic and easy. I think I am going to make this week.

Looks and sounds delicious!!! I have two gigantic zucchini (as long as my arm) that I need to get cooking. This will be perfect!