﻿Tanner's ordination was today.  It was a bittersweet day.  What should have been a joyous occasion was actually a fairly stressful situation, but we all got through it.  Grandpa Joe did a very nice job ordaining Tanner and then we all headed to Julie's house.  She made Kahlua Pig (without the Kahlua, of course) and we all crammed down in her basement and ate.  It was a nice little party.  Because it had been raining all weekend, it was too cold and wet to eat outside.  However, it finally dried out enough though that the kids all ran outside and played with each other.  Then, they came inside and played Twister after some of the other cousins left.  It was so much fun watching all of them play together! 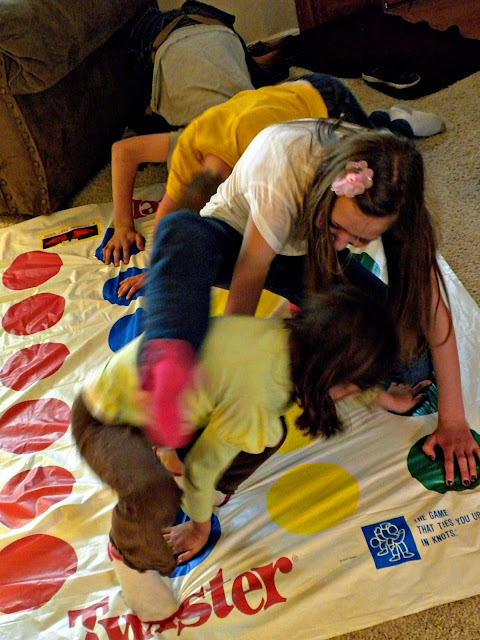 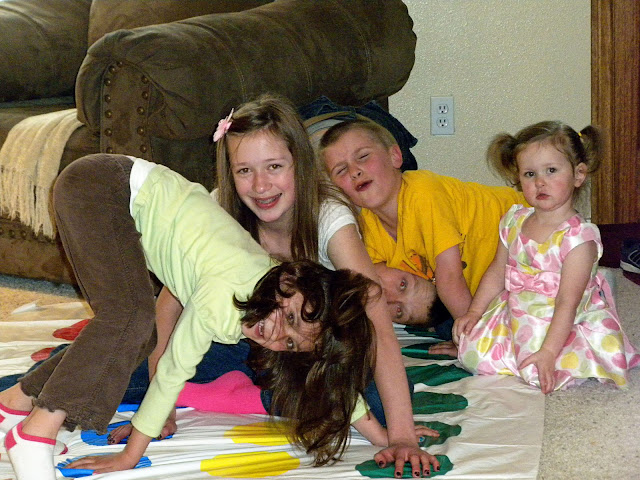 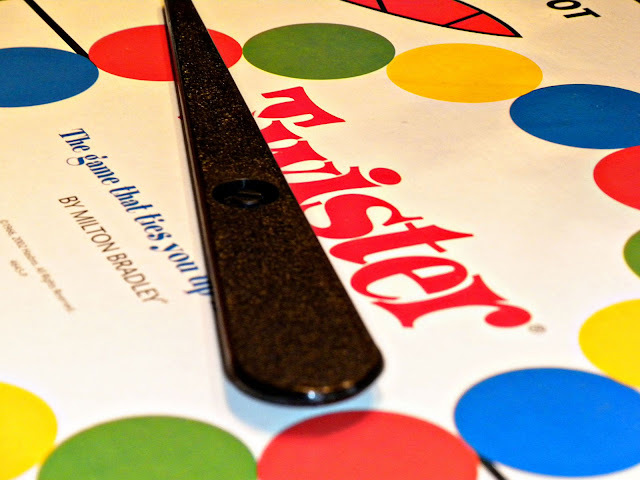 Little Miss Holly was coy as ever!  She wanted her picture taken, but she didn't want it taken.  So, she hid behind this plant! 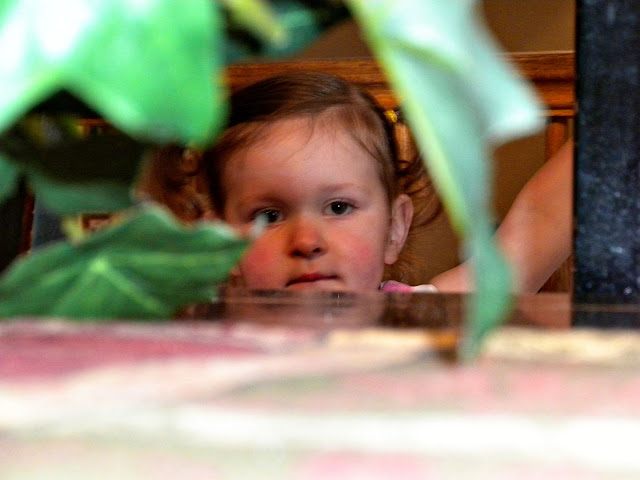 Jack and Dolly - that looks begs to ask the question...oooh, Dolly...did you fart? Scooter loves having his picture taken.  I think it's just something about that age... 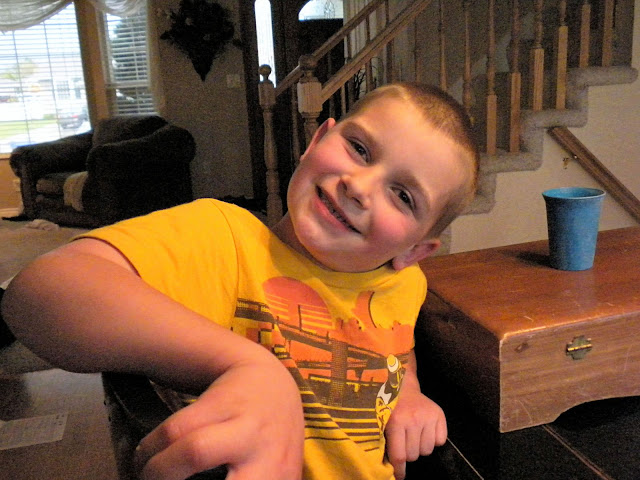 Poser Peanut.  She wanted to make sure I got pictures of her missing teeth. 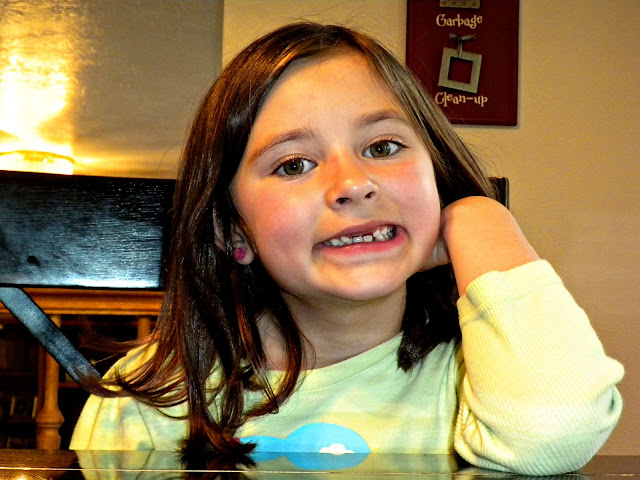 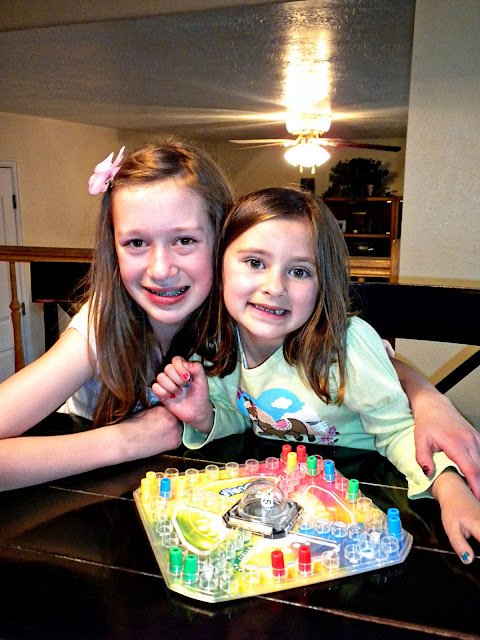 I was so surprised that this was the only picture I got of Tanner for the whole day!  How did that happen? 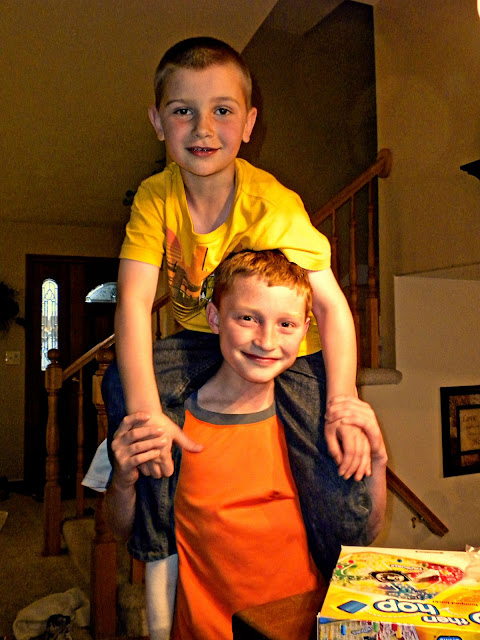 Scooter and auntie had too much fun sticking carrots up our noses.  At first, Scooter thought it was pretty gross, but then once he did it too, it wasn't so bad! 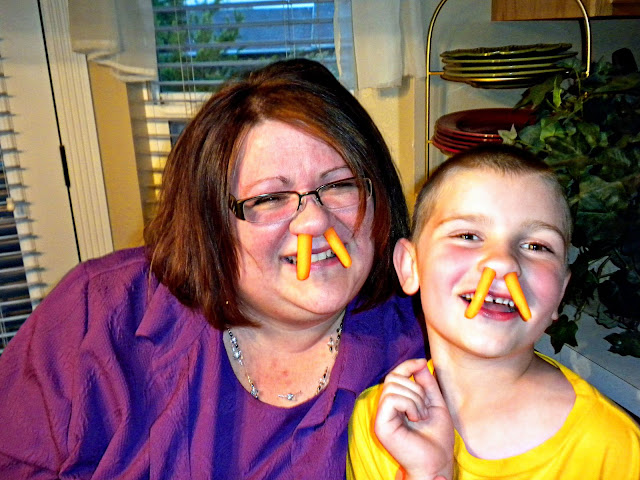 We hung out until about 9 or so and then Melon Man and I left to go back to our hotel.  We were wiped out!

What great memories! Looks like a lot fun for sure. I love the pictures!!