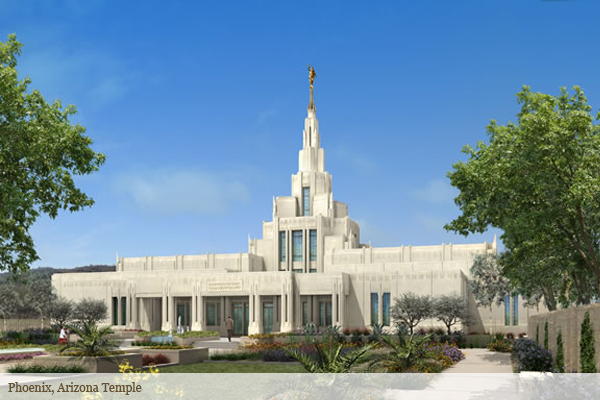 The day has FINALLY arrived!  The groundbreaking for our temple here in North Phoenix is today.  It's a bittersweet day.  This should be a glorious event - but it's overshadowed by hatred and likely by protests.  The neighbors around the site are still up in arms about the temple being built there.  The groundbreaking has been reduced to a "small ceremony by invitation only" (probably just stake presidencies and their families) and is having to be broadcast to local meetinghouses rather than allowing members to come to the site.  (I didn't remember that it was this morning until just about half an hour before it started - bummer!)  I still believe that if the church were to build the temple out here by us at the "palm tree corner" of Reems and Waddell, we would have had our temple by now.  All who wanted to come to the groundbreaking could have come.  But, I guess there is some reason the temple is going to be where it's going to be.  I'm sure I'll enjoy having it so close to work so I can just bop over there before or after work, but it's just so sad that there is so much opposition to it.

Hopefully, everything will go well with the construction.  I just read on phoenixmormontemple.org that the church and the neighborhood group have come to an "understanding".  Yes, the church gave in some more...lowered the steeple by another foot, slimmed it down a bit, will turn off the spire lighting at 10:15 p.m., blah, blah, blah.  What did the neighborhood group agree to?  No more protesting.  Fine.

At least it is finally underway.  And I am so happy for that! 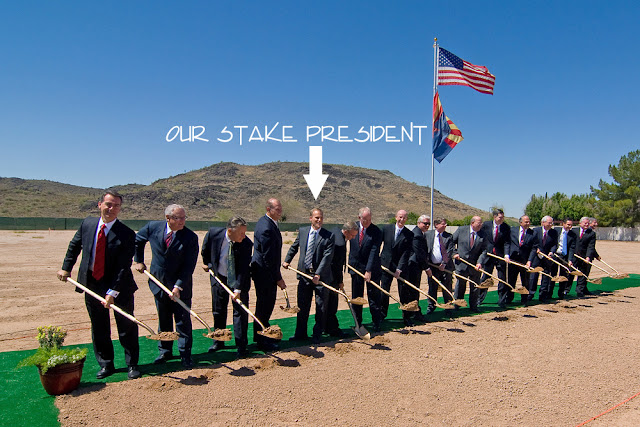 Yes, our Stake President is the youngest there - seriously looks like he's 16 compared to all the rest!

Thanks goodness it is on the way to be built. Agree much closer for us. It will be awesome having it so close.

Yay! We had to do the SAME things for our temple here in NBeach. And now all the neighborhoods have apologized for being so rude and they love having it. Our lights go out at 10ish too. It will all work out.