Yesterday I was sitting in the office at home working on the computer, listening to Christmas music on my iTunes on the computer when Melon Man walked in and asked about the "bell song."  I asked him what bell song he was referring to and he said, "I don't know...that German Christmas music song with the bells in it."

That sent me on a quest...I couldn't remember the name of the song he was referring to.  I thought it was Kling Glockchen Kling-a-Ling-a-Ling, but when I played that one for him, he said that wasn't it.  In fact, I then remembered which one he was thinking of...and no, I didn't have that one.  So, I went in search of it on iTunes - even not knowing the name of it.  Surely, I could find it!  But...an hour later, no such luck.  So, I called Auntie and asked her if she had the same Christmas albums my mom had had.  Nope.  Crud.  So, then, I called my dad.  Tracked him down at Kurt and Ang's house and he said he'd call when he got home... which he did...at 12:30 a.m.!

He'd pulled the albums out of the stereo and was calling me with the names and a description of each.  As soon as he told me about the Gunter Kallman chorus one, I knew exactly which one he was talking about!  Then, he described the Christmas in Germany one and I, again, knew which one it was!  I was now on a hunt...a hunt of epic proportions!

I searched iTunes again...no such luck.  I searched all over the internet and finally found these little lovelies on eBay...for just $6 each!  One with free shipping, one for only $4 shipping, plus a free Heintje Christmas record!  So, I put bids on them and I won both!  I'm so excited!  Last year I'd bought Melon Man an old-time looking radio thingamadoogie and inside of it is a turntable.  I can't wait to listen to these!!!  I'm sure it will bring back great childhood memories...and some tears missing my mom....she loved this time of year! 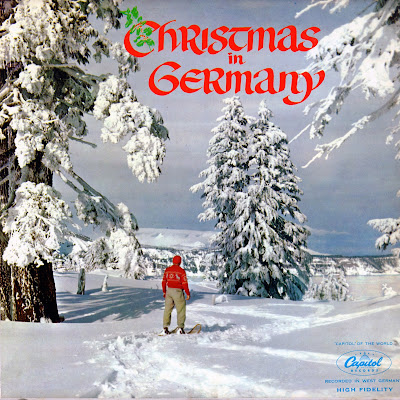 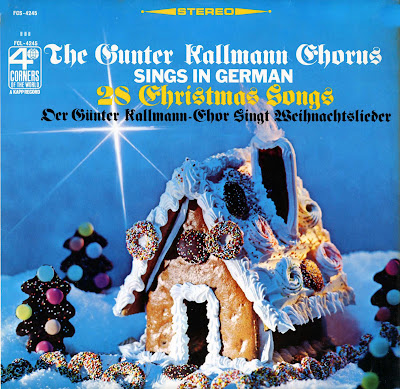 Oh yeah. We had the Christmas in Germany album. Loved it.

Good fun! Glad you found them!

It will bring back alot of memories. I love the German Christmas songs. Enjoy!