Tonight was our Young Women in Excellence meeting.  The theme was "It's Black and White".  Everyone was asked to wear black and white and it was all decorated in black and white.  It was a lovely evening.  Two of my girls gave talks and both were really good.  I was proud of them.  The evening was all about how the gospel is black and white.  There is no gray.  You either follow the gospel or you don't.  Choices are right or they are wrong.  Here are a few pictures of the night.  Lame-o girl that I am, I forgot my camera and had to use my crappy cell phone camera, so they're aren't large like my normal pictures are.  Darn. 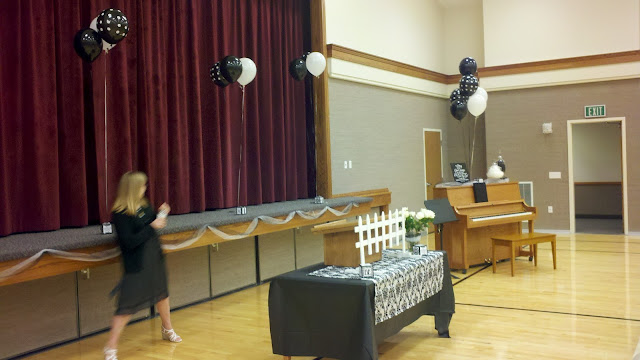 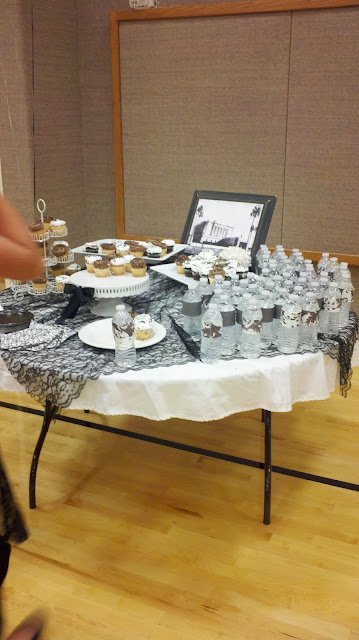 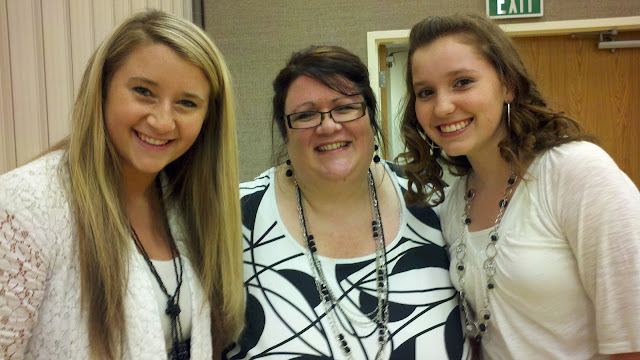 This is Ashley, one of my Laurels, me, looking awful (I was so hot that day and I just pulled my hair up into a ponytail), and cute Savanah.  She will be one of my Laurels in about 14 months.  She conducted and was AWESOME! 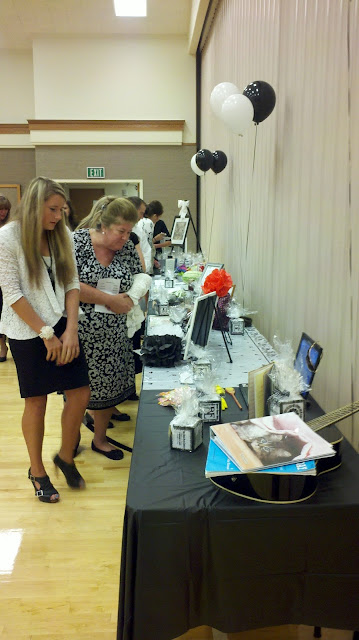 Each of the girls had to bring a project they had been working on for Personal Progress.  Here, Ashley and her mom, Candace, are looking at each of the projects. 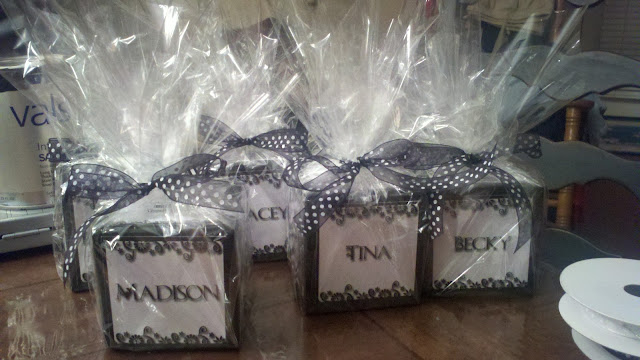 The Friday before YWIE, most of the YW leaders came to our house and we hung out for about 3-4 hours making these cute blocks.  Each girl received one and so did the leaders. 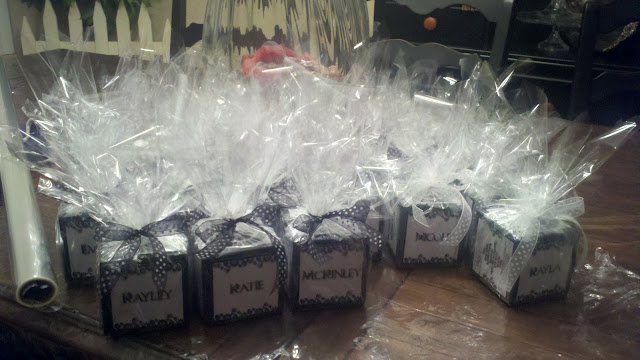 One side had their name on it.  The other sides had the following designs.  The first one might look familiar.  I designed it for Jennifer's Girls Camp a couple of years ago.  It was so good to be able to use it again and to remember how close the Spirit was to me when designing the things for her camp.  I felt the Spirit again helping me this time - not as strongly, but it was there.  It is always so good to know that I can feel Heavenly Father's approval through the Spirit when I work on things for the youth and that He is pleased with me and what I have been able to do using the talents he has given me. 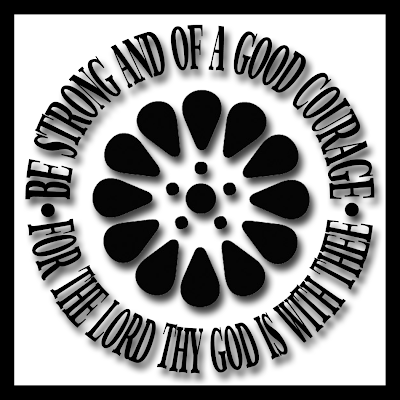 This was the scripture that was used as the basis for the evening.  Heather did a GREAT job introducing it.  I was in awe of her.  She has only been a member for 4 years and this was her first YWIE ever.  Awesome. 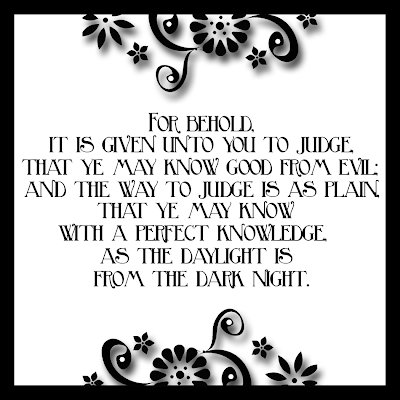 As I was designing the different sides for the block, I had one side left that I didn't know what to do with.  Lately, I've been thinking a lot about my Laurels (and the other Young Women) and the choices they are making in their lives.  I have been thinking about how we all have our agency to do what we want, but with that agency come consequences.  I wanted to remind them that they do have choices, so I looked for something that would go along with it.  I found a great talk by President Monson where he talked about how to make good decisions and how choices have consequences.  It was fantastic.  I knew that this was short, sweet, and to the point and would be perfect and this is what I designed: 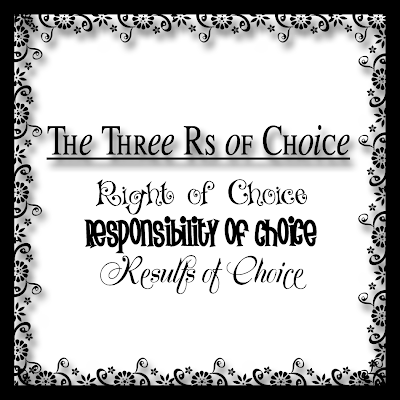 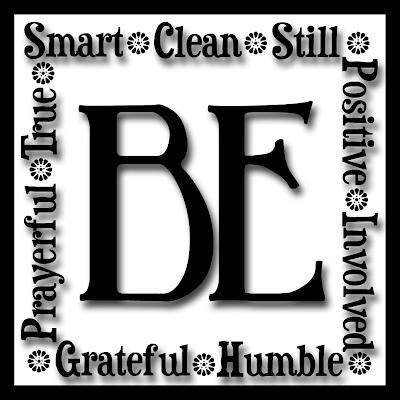 This side has the Young Women theme.  When the practice of "standing for truth and righteousness" and repeating the theme at the beginning of class began, and we would do it in Relief Society, I used to think how dorky that was.  I really felt uncomfortable standing and repeating it.  One, I didn't know it.  Two, we don't believe in repetitious prayers or such and that's how it felt to me.  Only since I was called to serve in Young Womens do I now understand the meaning behind it and enjoy "standing for truth and righteousness" and proudly repeating the theme.  It has taken me a long time - over a year - to be able to learn it well enough to not mess up or to have to read parts of it.  When I stand and say it, I feel proud to be a daughter of a loving Heavenly Father and know that what I do is good and right and that I am striving to be even better in all I do. 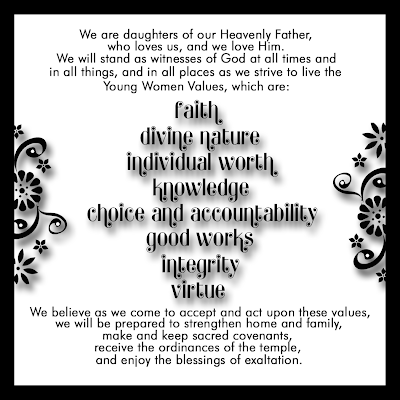 For the leaders, our blocks did not have our names, but instead had YWIE 2012. 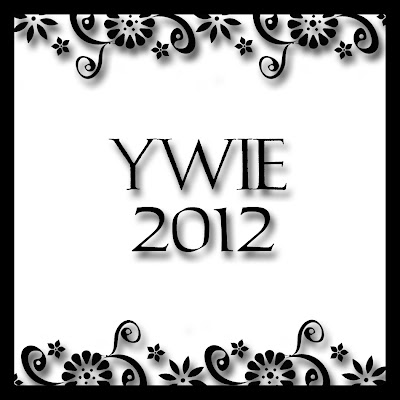 It was a good night and I was glad to see everyone that was there.  I missed my other girls that didn't come.  I worry about them.  But, as Melon Man frequently reminds me lately, they have their agency and they can make their own choices.  I know...but...I can still worry.

So clever and what a good idea!

Cute idea. I keep seeing this pop up all over the place and link back here to your super cute blog. Thanks for sharing the fun things you have done in your ward. I love the pictures! I think if we are to do it, we would stress that there are lots of GRAY areas. Because there are. Choices, especially in your teen years, are NOT always right or wrong. I hope if others choose to use this cute idea they remember that there is gray in the gospel. This is what we have been taught in conferences past. We can see that in some gospel doctrines, like the restoration- there is no gray. But in others, like how to observe the Sabbath, there is. I think we should try to communicate that we are to stay as far from the gray as we can. Stay in the WHITE. Looks like it was a fun night for the girls.