This article was in a local paper today and I thought it prudent to share it with as many people as possible. If no action is taken before this person is elected as President, there will be nothing we can do. He will be immune to all punishment. Our country will be run by an illegal alien and our constitution will be in a shambles. Please copy and paste into your email or on your blogs and let's spread the word. The liberal news media is doing NOTHING to share this information.

Obama and DNC Stonewall on Citizenship Issue
By Linda Bentley October 15, 2008 http://www.sonorannews.com/archives/2008/2008-10/081015/FrntPgObama.html
Protective order sought to preclude discovery
PHILADELPHIA, Penn. – On Aug. 21, in an effort to prevent what might otherwise amount to the biggest fraud pulled off on the citizens of the United States, Attorney Philip Berg filed a complaint in U.S. District Court against Sen. Barack Obama, D-Ill., and the Democratic National Committee over Obama’s eligibility to hold the office of president of the United States. 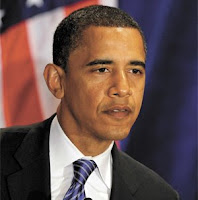 Berg, a registered Democrat and former chair of the Montgomery County, Penn. Democratic Party, filed the lawsuit when the only document, a Hawaiian certificate of birth, produced as proof of Obama’s citizenship was determined by a forensic graphic specialist to be an altered and forged document.
To ensure Obama’s eligibility, as per Article II, Section I of the U.S. Constitution, to serve as president of the United States, Berg served the defendants with a request for production of documents and requests for admissions to be produced on or before Sept. 24.
Instead of responding to Berg’s request, the defendants filed a motion to dismiss.
On Oct. 6, Berg said he received a phone call from Attorney John P. Lavelle, Jr., counsel for Obama and the DNC, requesting a stay of discovery pending the judge’s decision on the motion to dismiss.
When Berg declined his request, Lavelle filed a motion for a protective order to preclude his clients from having to respond to the admissions or produce the requested documents.
In his objection to Lavelle’s motion, Berg argued, “Plaintiff and citizens of the United States should never be left with questions regarding the eligibility or ineligibility of any presidential candidate. If these issues are not dealt with urgently we are at grave risk of a United States Constitutional Crisis.”
Asserting Obama and the DNC would not be prejudiced if ordered to comply with the discovery, Berg stated, “Moreover, if Obama can prove he is currently a U.S. ‘natural born’ citizen and that he is in fact eligible to serve as president of the United States then Obama and the other defendants would benefit as they would be able to put the citizenship issues to rest.”
Through extensive investigation, Berg said he learned Obama was born at Coast Hospital in Mombasa, Kenya located in Coast Province.
While it is undisputed Obama’s father was a citizen of Kenya and his mother was a U.S. citizen, the laws on the books at the time of Obama’s birth required the U.S. citizen parent to have resided in the United States for ten years, five of which were after the age of 14, to convey citizenship.
His mother was only 18 at the time Obama was born in Kenya and therefore was not old enough to register Obama’s birth in Hawaii as a “natural born” citizen.
Obama’s mother later married Indonesian citizen Lolo Soetoro, who, according to Berg, either signed a government form legally “acknowledging” Obama as his son or “adopted” Obama, either of which would have changed Obama’s status to a citizen of Indonesia.
Soetoro was listed as Obama’s father on school registration documents where Obama was registered under the name Barry Soetoro as an Indonesian citizen.
Berg says there was no other way Obama could have attended school in Jakarta, Indonesia, since Indonesia was under tight rule and a Police State, did not allow foreign students to attend their public schools and those who registered were verified through the Indonesian government.
In pointing out the urgency of Obama’s citizenship status being resolved prior to his being elected president, Berg said once Obama is sworn into the United States Office of the Presidency, neither he nor the general public will have the right to bring suit for redress as a result of all the immunities the president carries, adding, “thus the plaintiff and general public will be further harmed as they will be forced to live with the grave consequences.”
The documents requested by Berg to be provided by Oct. 15 include a certified copy of Obama’s vault (original long version) birth certificate; certified copies of all reissued and sealed birth certificates of Obama in the names referred to in the caption of the lawsuit (Barack Hussein Obama, Barry Soetoro, Barry Obama and Barack Dunham); certified copy of Obama’s Certification of Citizenship; certified copy of Obama’s Oath of Allegiance taken upon age of majority; certified copies of Obama’s application and admission forms for Occidental College, Columbia University and Harvard Law School; and certified copies of any court orders or legal documents changing Obama’s name from Barry Soetoro to Barack Hussein Obama.
Additionally, Berg requested the court to order Obama to respond to the following admissions: Admit you were born in Kenya; you are a Kenya “natural born” citizen; your foreign birth was registered in the state of Hawaii; your name was legally changed to Barry Soetoro and citizenship status was changed to “natural” citizen of Indonesia; you were adopted by Lolo Soetoro, M.A., a citizen of Indonesia; Lolo Soetoro signed a government “acknowledgement” form legally acknowledging you as his son; you are an Indonesian citizen; you are not a “natural born” United States citizen; you are not eligible to serve as the president of the United States; and you are unable to prove your citizenship status.
Berg had a list of admissions for the DNC as well, beginning with, “Admit you have not verified Barack Hussein Obama’s eligibility to serve as president of the United States,” and ending with, “Admit Barack Hussein Obama is not a citizen of the United States.”
As Berg argues the importance of having a properly vetted and qualified Democratic candidate for which citizens may cast their votes, Obama and the DNC continue to stonewall rather than produce documents that would verify and confirm Obama’s eligibility to serve as president of the United States.
With less than three weeks until the election and U.S. District Court Judge R. Barclay Surrick’s decision still pending, concerned citizens are left to wonder if a foreign national, possibly an illegal alien, will be elected the next president of the United States.

Good information! Really what is he hidding?

hey, I had trouble reading your blog, the printing was peach and it wasn't until I went to write, that your cute blog stuff came up. It was a long time delayed reaction! not sure why!

When I first saw this pic, I wondered why, then read the article. I'm glad that you arent' voting for him!!!!!

wow I can't believe that i haven't read your blog in awhile. It is good to hear from you.

Read this the other day when you sent me the email. What is he really trying to hide. He scares me to death. He constantly contradicts himself.