Even though Shelli and Jason and their family couldn't make it, C & I decided to still head up to Flagstaff for the Holiday Lights Festival at the Little America. We dropped Dog off at the Petshotel and got on the road. We had a lovely drive up the mountains and I read my Digi Photography for Dummies book and practiced taking pictures with my various lenses. Love these of my sweetie as he was walking back to the truck from the restroom at the rest stop (even if his shirt is sticking out)! 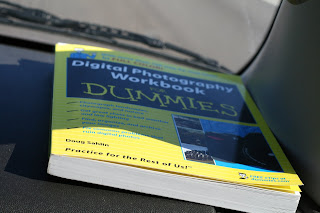 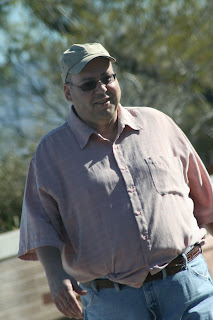 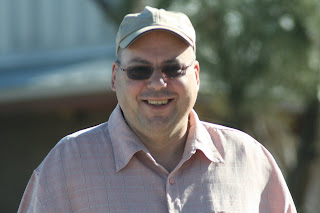 We arrived in Flag around noon. There was no snow on the ground, even though it had snowed a couple of days ago. You could see the snow on the mountain tops though. 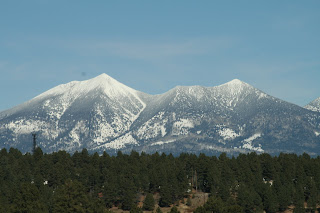 It was about 51* and warm enough to not require a coat or even light jacket. We checked into the hotel and took our things to our room then headed out to explore Flagstaff. The interesting thing about Flag is that you can take the main drag through town and depending on the traffic, it can take you 20 minutes to make it to the other side of town or if you cut through one of the side streets, we're talking about 5-7 minutes. Weird, huh?

We cruised through the historic district looking for a shop or two to visit or a quaint little local restaurant, but there was no close parking (necessary for me right now with my bum foot) to anything that interested us. So, we cruised around looking to see what else the town held in store. It really has grown over the years, but still reminds us of a larger Richfield. We ended up at Sizzler for lunch. Not the best, but filling to say the least. We were going to try the Beaver Street Brewery (where S&J had suggested), but ended up not. We then headed back to the hotel to chill out until the lighting ceremony at 6:30.

About 6:15 we headed down to the entrance where the ceremony was to take place. We'd been told by the hotel staff that this was the premier holiday event in town. There were to be a lot of performances by local schools, etc. There were just so many people around that it made it difficult to enjoy them though. At 6:30, people were still pouring in from town, but there was a small countdown and all of a sudden the lights popped on. It wasn't as large of a display as we'd anticipated, but it was quaint and the folks around us were happy. I guess we were just used to displays from "the big city". Please don't take me wrong, I'm not being stuck up about it, it was just small in comparison. We're used to light displays like at the Mesa Temple or the Salt Lake Temple or Glendale Glitters. Oh well. We walked around the grounds and practiced taking pictures of the lights with my DSLR camera which I obviously suck at using because all of my pics turned out awful until C (yes, C) showed me how to use this fancy pants machine. 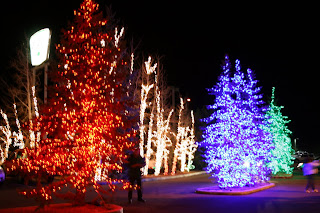 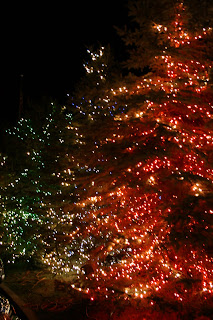 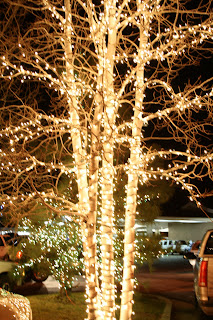 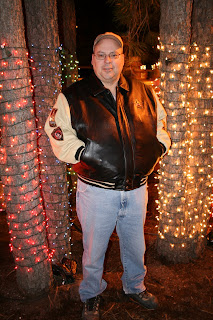 After we finished with the lights, we headed into the gift shop (with the rest of the population of Flagstaff) where it was warm and browsed around. I bought an Indian that was 75% off to add to my pilgrim/indian collection. C wanted this Stetson hat...(but didn't buy it - I'm glad because he's cuter in a baseball cap)... 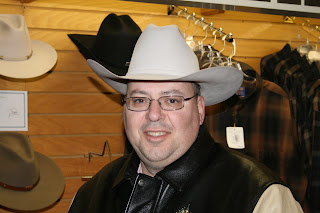 After we were done in the gift shop, we decided to try having some dinner in the "In the Pines Cafe" but the wait was driving me nuts so we just bagged that and went to the more expensive restaurant and had steak and prime rib instead. Ouch. But, it was fairly good. Afterward, we went back to our room and I proceeded to crash out around 9:00. We had a horrible night of sleep - the bed was really hard, the pillows too soft, and the trains too loud (they were to me anyway). We had planned on staying for the Sunday brunch because it looked to compare with the Sunday brunch we had at the Little America in downtown SLC the morning after our wedding night, but instead, we got up, showered, and booked it home. We stopped at McD's for a quick bite for breakfast and asked for two large Diet Cokes. It wasn't until we were on the freeway heading out of Flagstaff that we realized one was a Dr. Pepper and the other was a raspberry iced tea. Neither of which either of us could drink. Five bucks literally down the drain. We ended up stopping at the McD's in Camp Verde and buying another Diet Coke. We picked up Dog about 12:15 and headed the rest of the way home.

S&J - we REALLY missed you. I have a feeling it wouldn't have been such a bummer if you'd been there. I think we were just missing you guys! We hope you are all okay and things worked out for you.

I really like the second picture from the top of Clint. It is a nice one. Good thing he passed on the cowboy hat, I don't think it looked great either. Wish your would have enjoyed your trip more, but glad you could get away. Love you!

What a fun trip! The pictures are great, Kristin.