We headed home around eleven-ish. It was so sad to leave. We really wanted to stay another day at least. The ride home was uneventful...thank goodness. 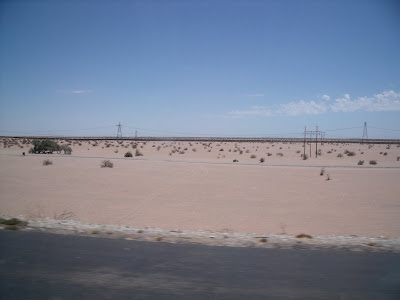 As we were driving TO San Diego, we had noticed near the sand dunes, this dark line about a quarter of a mile or less from the road. We didn't think much of it then. But, as we were driving home, we completely realized what it was. It was the California/Mexico border! There is a huge fence there and it goes for a really long way, but you can definitely see just how close the border really is to the road. 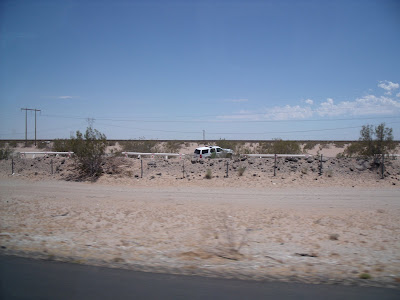 This is one of the border patrol SUVs just sitting there, waiting for someone to try and jump the fence. It's very close to where the SUV was sitting. I can't imagine trying to cross the desert in the summer. It's SO hot out there. 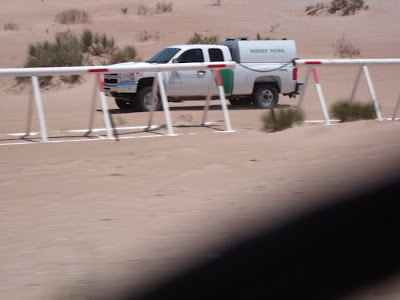 This was one of the Border Patrol trucks cruising along the fence. What a fascinating job that would be. I would hate to have to just either sit there all day and watch or just drive back and forth. That could be very monotonous if no illegals came along to capture. 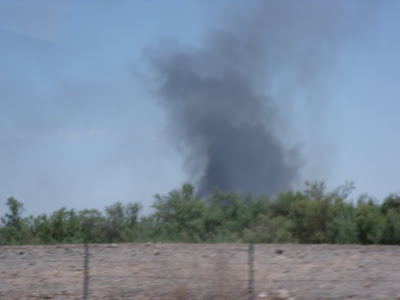 As we came into Yuma, we noticed a couple of these fires. We were quite perplexed at first as to why there were a bunch of fires around town. But, then, we decided that it was probably just crop burning being done. 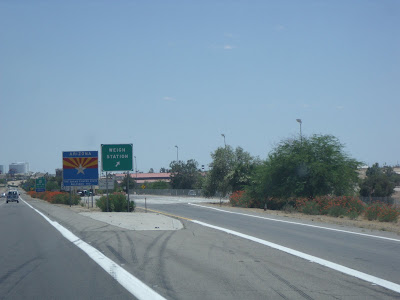 Yay! Home in Arizona where you can legally drive 75! I can't tell you just how many times I tried to capture different signs along the way and they ended up blurry or messed up due to the way this new camera takes pictures. Luckily, I caught this one! 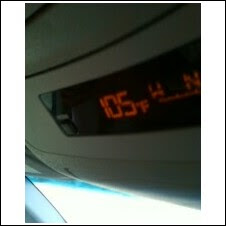 We decided to stop in Yuma for some lunch and gas. When we pulled into Del Taco, the thermometer in the car sad 105 degrees. It's usually pretty right on. We got out of the truck and the sun hit my arms. I look like a lobster from getting fried on the boat yesterday and the heat and sun here beating down on it doesn't help it feel any better at all. OUCH! I practically ran to the shade, but even then, the heat made them hurt. Inside I went. We chowed down some Det Laco goodness and headed out on our way again.

We got home around six-ish and Melon Man went to get Dog and little Dogs while I stayed home to finish up some things for Enrichment tomorrow. We had a great time but wished we could have stayed longer. I guess we'll just have to go again soon!

Glad you got home safely and had a good time being able to get away.

Waiting patiently for all the news of your vacation!

I thought they came in ok. Just could not read your comments. However I liked the pictures.

How fun. Looks or sounds like you had a fun time. Glad you are back and safe. We miss you guys.