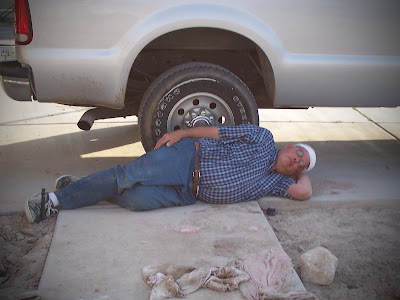 That then led into a conversation regarding what WAS supposed to happen this weekend. See, Melon Man was supposed to be ordained a High Priest at church. He was so excited and had called everyone and invited them to come to the ordination and for dinner afterward. We were going to have a big ol' shindig. Well, just this morning, Melon Man called me to let me know that his ordination WASN'T happening. We were okay with it...it would be in a few weeks instead. So, Melon Man called everyone and told them it would happen on the 23rd and to plan to come then. I never thought in a million years that Dad would come, just because of the cost associated with either flying or driving all the way from Utah.

He arrives tomorrow night and then is here until just Monday morning. A super short visit for something that's not going to happen now for another 3 weeks. I feel bad he spent so much money on his ticket and now he won't be able to be here when it really does happen. It means a lot to us though that he cared enough to come.

Sheesh, your dad really can fall asleep anywhere. That was so nice that he surprised you with a visit. Love that man.