Back to the Grind 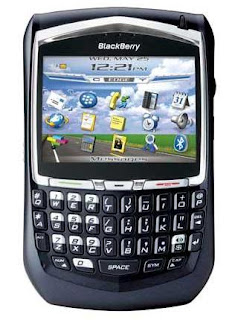 I went back to work today.  Got in a little late.  It was so late last night when we finally got home that I was pretty exhausted, especially since I didn't sleep much the night I was in Chicago.  My Blackberry wasn't working at all while I was traveling, so I wasn't able to do any of my email those two days.  I had over 200 email when I got in today so that is mainly what I did all day.  I ordered a new Blackberry and so now I shouldn't have that problem anymore.  Later in the day I decided I'd better get working on the January forecast so I ended up staying at work late.

The news and pictures coming out of Haiti are horrific.  They are estimating that over 200,000 people have died.  The stench is awful.  They have started just dumping dead bodies into mass graves.  Some people will never know what happened to their family members.  The people who are removing the bodies are not even taking pictures of the dead so the families can identify their loved ones.  It is very sad.  People are hungry and thirsty and the aid to them is being impeded.  It is so sad to see.  These are some pictures that I have come across that really moved me.  This is what the Port-au-Prince "slums" looked like before the earthquake hit.  They were built all up the side of the mountain - and apparently not very well... 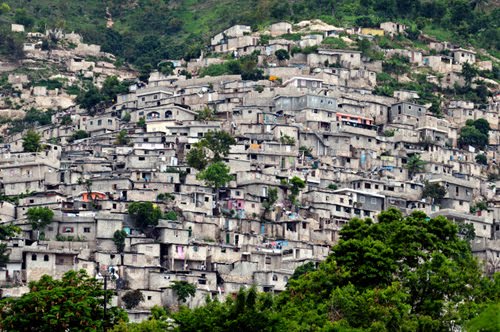 ...because this is what they looked like AFTER the earthquake.  It is so very sad to know that what little these people in the poorest country in the western hemisphere had before, is now gone. 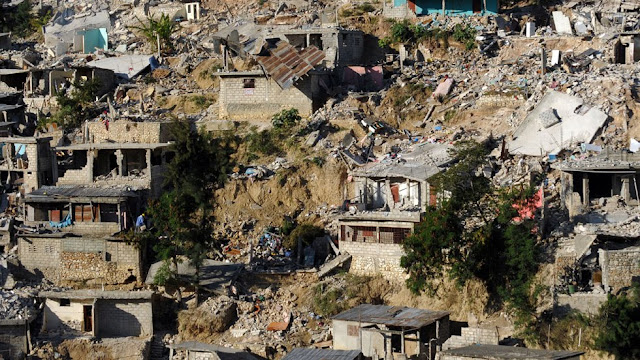 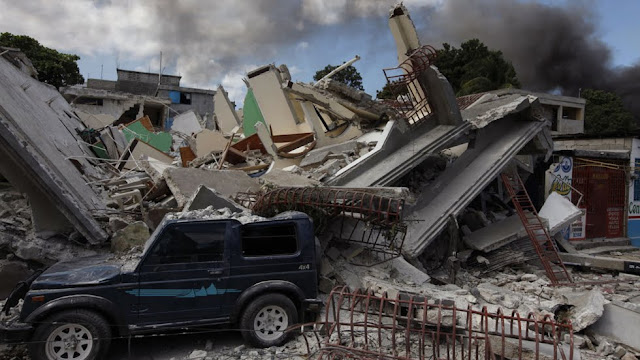 This is a picture of a dump truck emptying a load of dead bodies into a pit/mass grave.  To think that so many people are just dumped into the ground with no idea of who they are, no coffin, nothing, is so surreal to me.  I realize that there are tens or hundreds of thousands of dead bodies all around and the stench of rotting flesh is sickening, but my goodness, these were human beings.  Is there no honor for the dead anymore? 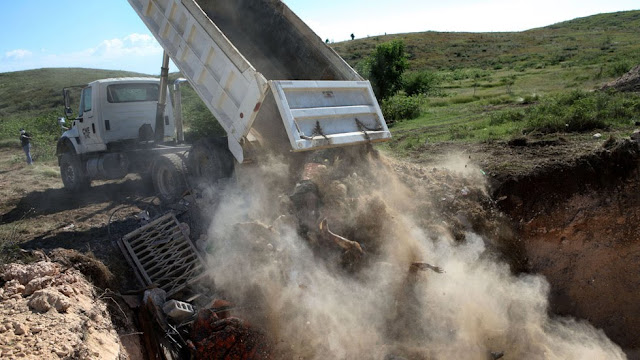 The dead lie here in the streets, somewhat covered, just piled up.  Rigormortis has set in in most of them.  Look at that person over by the wall with their arm stiff in the air.  So sad.  It makes me wonder why things like this happen.  These are not wicked people that God wanted to destroy.  They are just poor, struggling people who are now at rest. 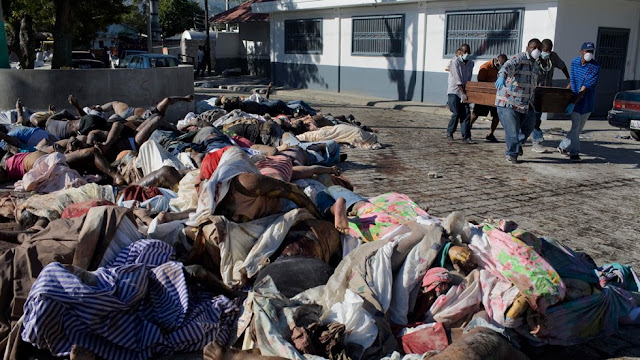 Those who were "fortunate" enough to survive this devastating event are now without homes, shelter, food, water, family, and more.  Their lives are now spent living under tarps in "tent cities".  I look at those clouds looming overhead and wonder how much rain will fall out of them onto these poor people.  The government there does not seem to be doing anything.  Only those who have come from other countries to help search and keep peace seem to be doing anything.  I'm sure it's hard when the Haitian police force is overwhelmed though with such large numbers of people now with nowhere to go. 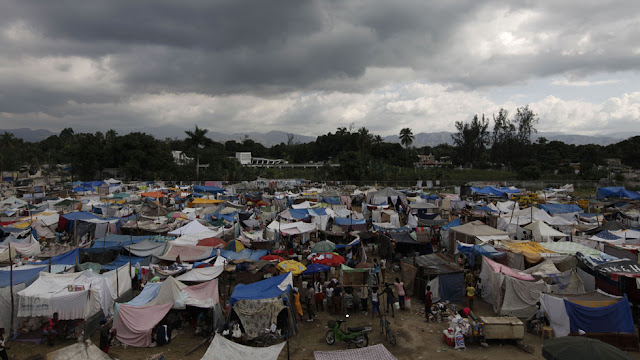 This is the search and rescue team from Israel looking for survivors in a demolished building.  It is sad to know that there are likely a number of people lying dead in this rubble.  Look at the way this building just crumbled.  They do not have the same building standards there that we do in the United States.  This was a 7.0 earthquake.  The earthquake in San Francisco in 1989 was also a 7.0 earthquake and the shaking lasted 10-15 seconds.  This earthquake's shaking only lasted 3 seconds.  The damage here is thousands times worse than that in 1989 in San Francisco.  The human loss of life:  90 versus ~200,000.  Astounding. 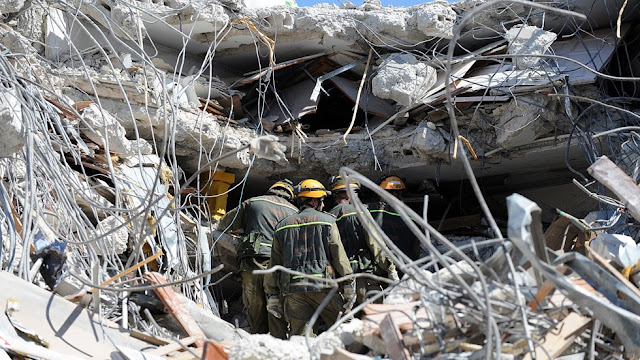 In the time since the first earthquake happened, there have been at least 33 aftershocks, of which 14 have been between magnitude 5.0 and 5.9.  I can't imagine going through what these people have gone through and then continuing to feel large earthquakes.  I mean, a 5.0 to a 5.9 is a pretty big earthquake.  Other than the San Fernando/Sylmar earthquake which was a 6.6 and I was a toddler in a crib still, I have never been in an earthquake greater than a 4.5.  But, I'm sure these are much more violent and scary than a 4.5. 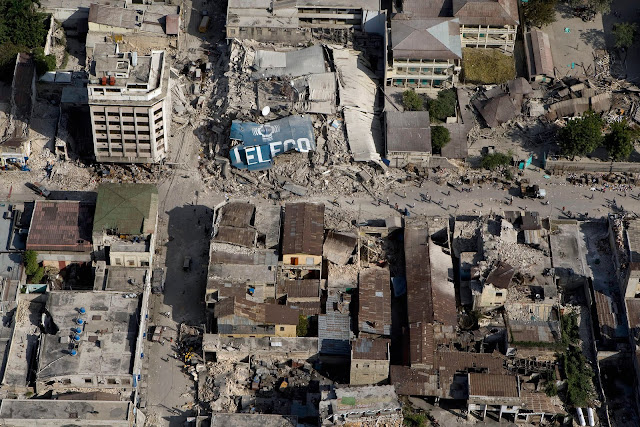 This is the downtown area of Port-au-Prince.  Yeah, it's pretty much destroyed.  Might as well just knock everything down, bulldoze it into huge piles, and completely start over.  In looking up some facts about this earthquake, apparently Haiti has historically had problems with earthquakes.  In 1770, an earthquake also destroyed the whole city of Port-au-Prince.

About 9 to 10 years ago, there was a large earthquake out in the California desert.  It struck around 1 or 2 a.m..  I happened to be up still doing stuff on the computer.  Mr. Spock was asleep.  There was no rumbling.  Just shaking all of a sudden.  It scared the be-gee-bees out of me.  I woke up Mr. Spock and told him what had happened and he didn't believe me until he saw the chandelier swinging in the dining room.  Yeah, it was still swinging.  It's not often that we feel earthquakes here in Arizona, but we sure did that night!

Thanks for some interesting facts and the pictures. Really brings it into perspective!

The picture of the bodies being dumped by the dump truck tear my heart out. The country is too poor and they have to get the bodies somewhere but what a heartbreaking tragedy. Can you imagine being the one to dump that truck. I couldn't do it.