It's HOT today.  A whopping 91 degrees.  Yuck.  Summer is on its way.  I walked out the door today around 5:45 p.m. and it was so warm.  I got into my truck to head home and I had to have the A/C on full bore.  Why, oh why does it have to get hot already?  We haven't yet turned the A/C on at home, but will likely have to do so tomorrow since it's cleaning day and there is no way I am going to be trying to clean in a hot house. 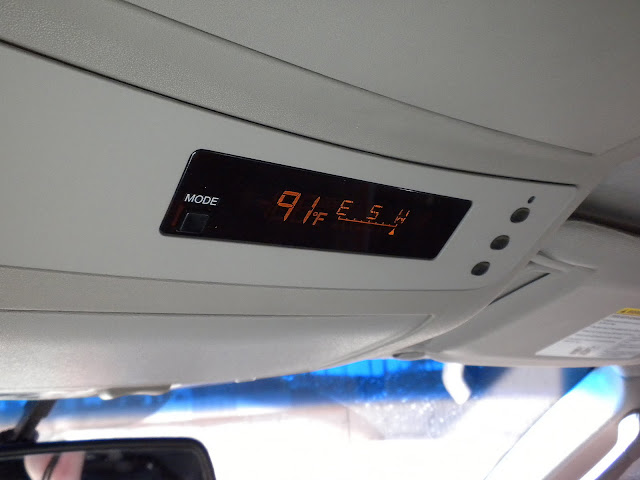 Tonight, we decided to try the "New German Cuisine" restaurant here in town, Bayrischer Hof.  We got there about 7:45 and the place only had about 10 tables occupied - with a LOT of empty tables.  We thought, oh great, this is not a good sign.  But, really, it just was because it was later in the evening and the Sun City crowd had already been, eaten, and gone home to bed.  We were asked if we wanted to eat in the bar, the restaurant, or the music room.  I didn't hear any music, but they said the music would start again in a few minutes, so we chose the music room.

I'm glad we did.  It made the experience much more enjoyable.

There were these two old polka fellows there playing the drums and the acordion and a number of polkas.  Melon Man knew EVERY SINGLE ONE.  I was dumbfounded.  I couldn't believe it.  But, I guess it's his living in Michigan near the "yoopers" that has helped him learn them.  I tried to get him to get up and dance to them, but he wouldn't.  So, the best I could do was take some videos of some other folks dancing and Melon Man singing to one of them....

We ordered a bowl of the Ungarische Goulaschsuppe (Hungarian Goulash soup) - it was delicious and rich -but kind of sweet.  Melon Man, of course, had to have an order of onion rings (likely coated in german beer batter).  They were very good.  Then, for our meals he had the Hausgemachter Sauerbraten (homemade sourbraten) which is tender beef marinated in german red wine topped with red wine gravy, served with potato dumplings and red cabbage.  It was too expensive for what it was and what you got.  The red cabbage had cinnamon in it and too much caraway, he said.  I actually tried it...and I definitely like my mom's better - although I don't care for cooked red cabbage at all.  Unfortunately (or fortunately), the knack of making my mom's red cabbage died when she did.  Yes, there are others in the family that also make it, but theirs are slightly different from mom's too. 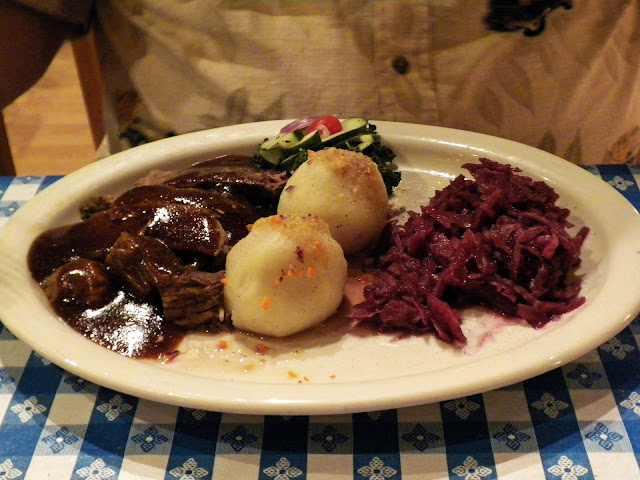 I ordered the Paar Bratwürste which was one pair of german bratwurst served with sauerkraut and mashed potatoes.  Oh my gosh...the bratwurst were SO GOOD.  The mashed potatoes pretty good, the gravy on them too thin and sweet and the sauerkraut - well...um...yeah...is sauerkraut supposed to taste like that?  I think not, but Melon Man told me that most germans make it that way.  Well, my german family doesn't.  I ate about half of it - out of courtesy - but it was just weird. 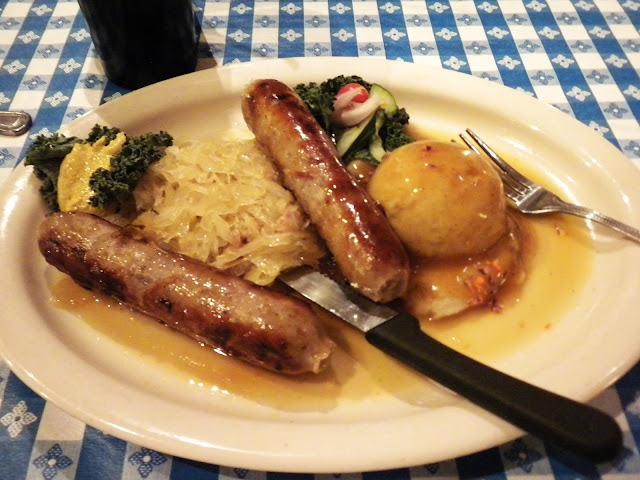 We decided we'd give the place another try or two so Melon Man can find something he likes to eat there and so we can both enjoy the polka music.  I'd love to go when a bunch of folks are there and they all get up and dance polkas.  I think that would rock.  Oh my....I guess I've watched entirely too many episodes of the Big Joe Polka Show on the RFD channel! 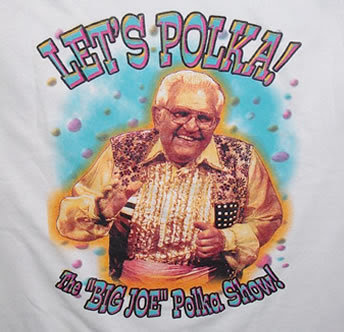