Today is {inter}National Scrapbook Day.  It's always on the first Saturday in May.  I have been scrapbooking for about 13 or 14 years now.  I never wanted to start scrapbooking, but Mr. Spock kept telling me I should and I would be good at it.  It wasn't until one day when I was surfing online and actually saw other people's pages that I knew I wanted to start scrapbooking because I "knew I could do better than that."  (What a conceited priss I was!)
He was very surprised when one day we were driving by a scrapbook store and I asked to stop.  One hundred and fifty dollars later, we left the store.  In my page I had a bunch of lettering templates, a bunch of "cute" patterned paper, a bunch of markers, and some scrapbooking adhesive.  The next day, I went back for more and came out $300 further IN DEBT.  Yes, that's right, it went on a credit card.  A week later, another $150.  I was now addicted and I loved going in there.  I would get together with a friend and we would scrapbook.  My first "album" was our wedding album.  Uh, yeah, not the best thing to start off with when you don't really know what your style is yet.  I hacked those pictures into hearts and such and thought my album was so beautiful.  I looked back at it over the following years and just cringed everytime I saw what I'd done to those priceless pictures.  It doesn't really matter now that Mr. Spock and I aren't married anymore, but still.
My style has changed so much over the years.  I've gone from a cluttered, cutesy style to a clean, crisp style that is more graphically designed and eye-pleasing.  Problem is though...I haven't scrapbooked but twice in the last 5 years!  I've just been too busy with work, the business that I started, and life.  I REALLY want to get back into it, especially since I have all of this to work with: 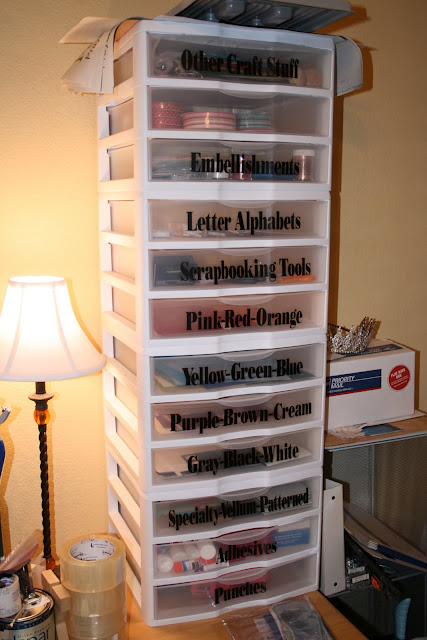 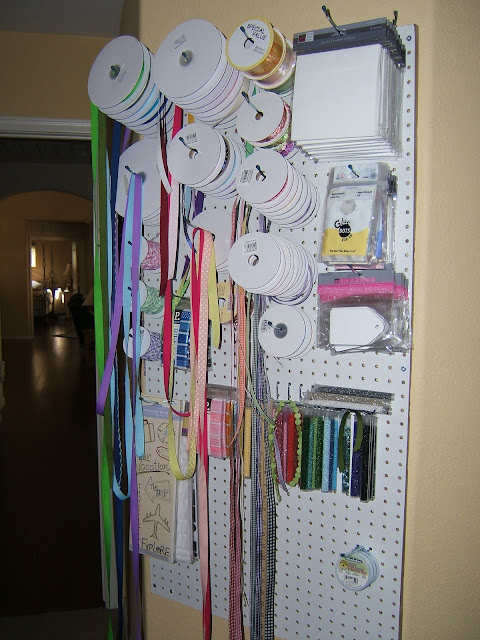 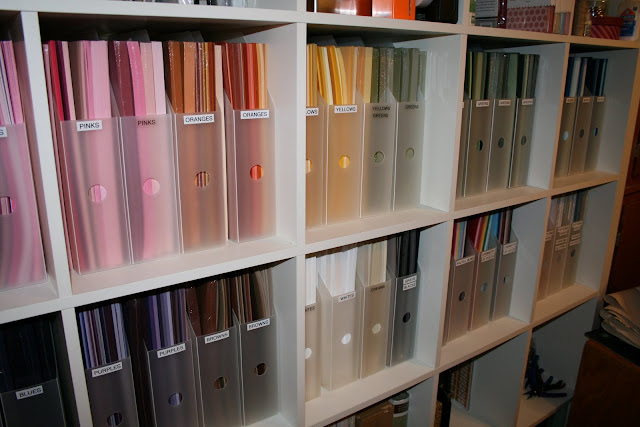 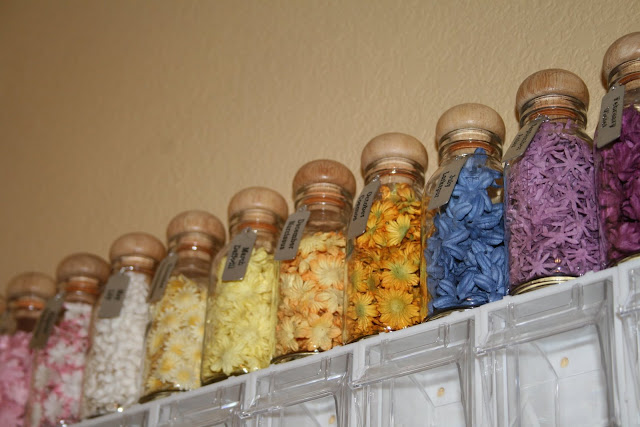 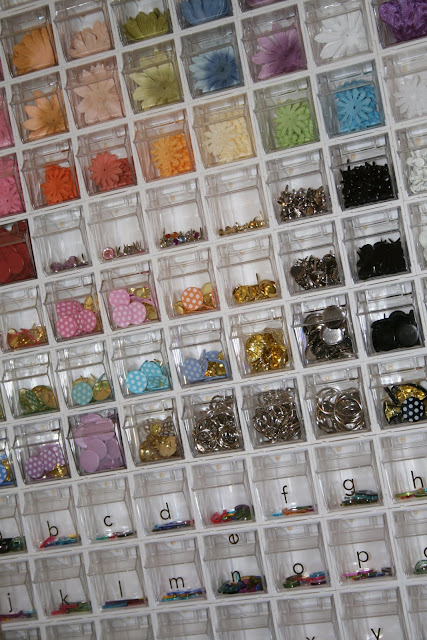 But, for some reason, I have NO DESIRE WHATSOEVER to use any of it lately.  I just don't even want to go in the room.  Sometimes it feels like we only have a two room house because we never go in there.  The only "person" who goes in there is Dog and all he does is do this: 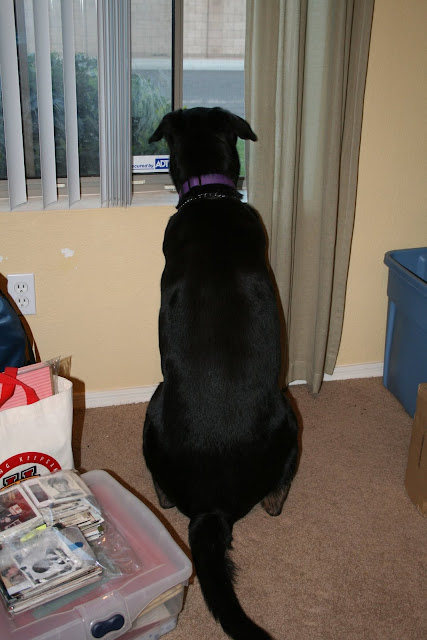 So, today, my goal was to actually do something scrapbook RELATED and try to get me interested in scrapbooking again.
I've kind of always been interested in the functionality and graphic design-ness of digital scrapbooking - but, I've always loved the touchy/feely-ness of tactile scrapbooking.  What's a girl like me to do?  I decided to look into digital scrapbooking and see if it was something I'd REALLY like to invest my time "and money" into.  Yes, you actually can spend money on digi-scrapping.  People design "kits" of papers and embellishments and they sell them in digi-scrapping stores and etsy shops and their own blogs.  Man, I should get into this business!  No inventory.  No shipping.  No cost to me at all.  You can sell a LOT at very inexpensive prices.  I just don't have the artistic talent or know how to do it (nor do I have the time to learn and develop that talent).
I surfed for HOURS and found TONS of FREEBIE files.  I know my scrapbooking style pretty well now, so I knew what I would like and what I wouldn't so it made it easier in not saving files I wouldn't use down the road.  Now...the big task is to un-zip them all, organize them all, and start using them all.  And...if I decide to just start tactile scrapping again and give up on the digi-kind, I still have all the stuff and it's easy to just delete all the files I downloaded.  (I don't think I'll not like digi-scrapping - I think it will just take me a while to get the hang of it!)
Oh...and before I forget...it's called {inter}National Scrapbooking Day now instead of just National Scrapbooking Day because over the last 15 years, it really has become an international hobby and since the concept of digi-scrapping has become so widely accepted around the world, it only made sense to call it that!

I have also been dabbling in the digi scrap world. I just still prefer to get my hands dirty with the paper stuff. I haven't had the time to scrap until this Memorial weekend. Let me know what you do. You should post some of your digi stuff!

That just looks like the most FUN room! It makes me happy when I look at it. You are soooo good at scrapbooking/papercrafting. Use up your inventory before you get into the digi stuff. That's what I'm trying to do.........Haha!