The Lessons of Being Late 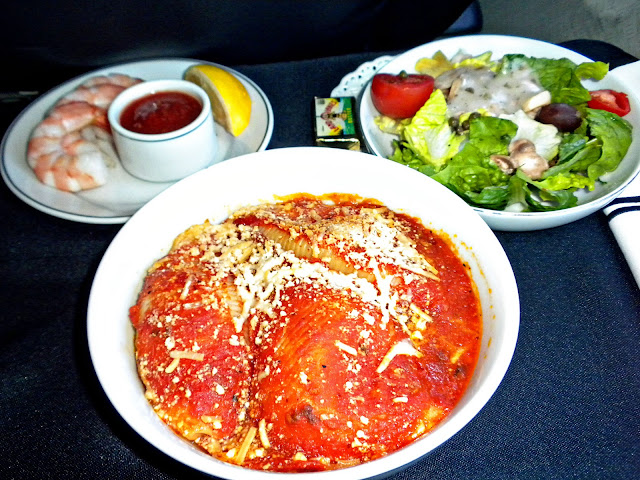 ﻿
﻿Melon Man is always hounding me about being late.  Well, I REALLY tried not to be today.  But, the whole thing with the alarm clock really threw me off for the rest of the day.  I will work on improving this!  I guess I learned my lesson.
I can't wait to get home to Melon Man, Dog, Little Dog, our bed, our truck, our home, my life.  I used to always want to travel.  But, not so much anymore.  It's a rat race.
There are a few good things about traveling though...you can see the beautiful clouds... 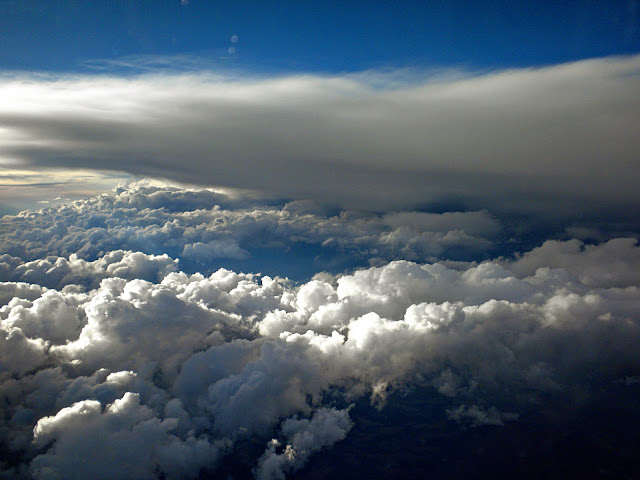 This next picture is of Rock Island Arsenal near Moline, which is where our new neighbors are from.  I didn't even know what this place was until I started working on my blog entry and happened to use Google Maps to identify the odd shaped little island.  Then, just now, I looked up what the island is used for.  Apparently, it's used for manufacturing of artillery, tank parts, and some guns used by the government in war.  Wow!  Had no idea I was taking a picture of something so fascinating! One last thing that I took a pickture of was this man's hand.  The colors and wrinkles were so intense.  When he put his head in his hand, it made me think of Uncle Bob for some reason.  He was sitting in the row just in front of me.
﻿ 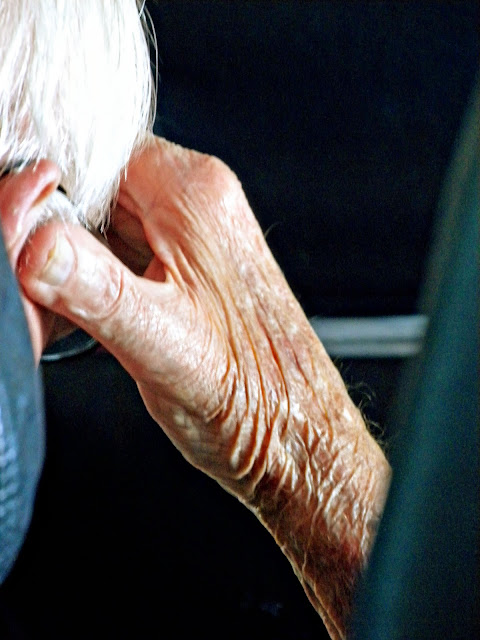 We soon landed in Phoenix and I waited for Melon Man to pick me up.  While sitting there waiting for him, I saw a member from church and we exchanged hellos.  He works for the FBI, but that's all I really knew.  So, we had a small conversation about that.  It went something like this:

Inside my head I was thinking, "You idiot!  That was the dumbest question you could have ever asked him!  Duh....FBI...Investigate stuff."  But then, I just laughed at myself because I really did ask a lame-o question!  Oh well!  :)

Melon Man finally rolled up in our truck (thank goodness he didn't bring the science experiment instead) and we got my bag loaded in and off we went.  We stopped at Der Wienerschnitzl on the way home, spent some time together, and then he left for work and I went to bed.  Ah...being home feels so good!