I was so busy and tired yesterday that I didn't get a chance to post the pictures from our day.  So, without further adieu, here they are.  Just two sets of pics - one from our drive out to Linda Lu's to check on the house and the second from the bridal shower.
After we checked on the house, we stopped by the plot where they are building our new Stake Center.  Yahoo!  It's finally feeling like it's real.  It is really the Surprise North Stake Center, not the Sun Valley Ward building - although it resides within the boundaries of the Sun Valley Ward so I guess that's why it's called that on the sign.  We are so thrilled to finally have our own Stake Center.  Right now, we are sharing our old one with our old Stake.  This is further away for us, but at least we'll have one!  Plus, it's so close to Dave and Linda, that each time we're at something for church, we can drop by and see them! 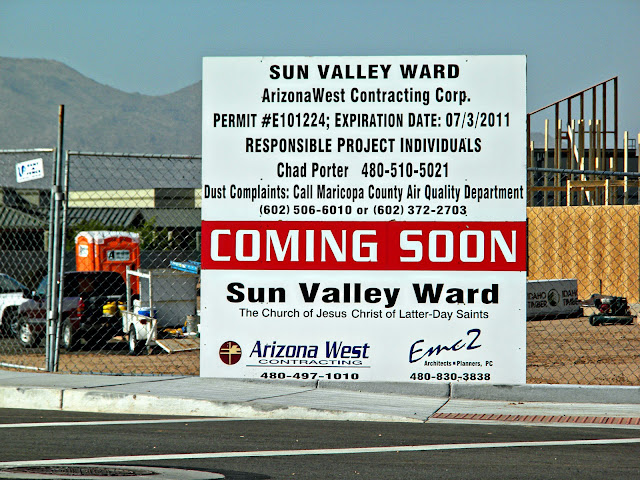 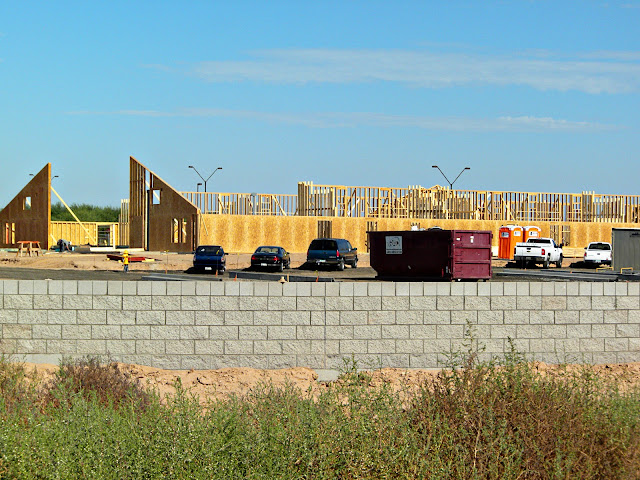 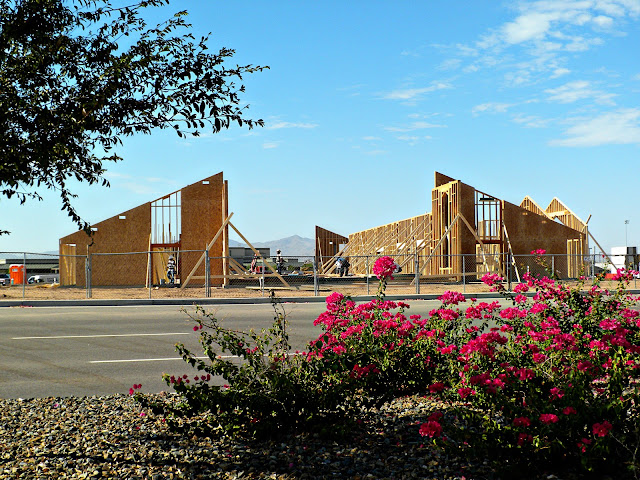 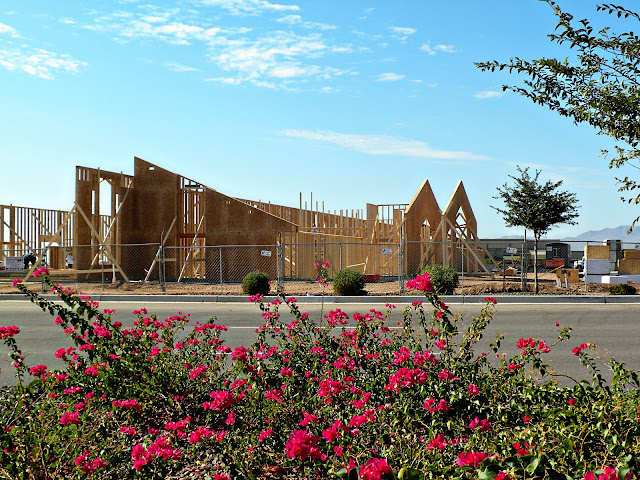 These next picture are from Tina's bridal shower.  Look at this teeny little chick-a-dee, Melissa.  She used to work at the big D with Tina and me, but was severed about 2 years ago.  I'm so proud of her - she began going to nursing school using our Career Training program that we were offering our employees who were going to be severed and she is almost done now.  She is working at a hospital right now as well as going to school, plus being a mom and all.  You go girl!  (I look like I've swallowed her up!) 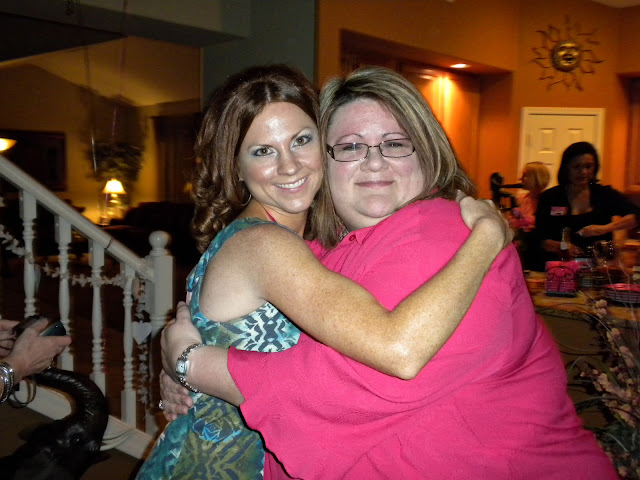 This was part of one of the games at the shower.  You had a famous couple pinned to your back and you had to ask yes/no questions to try to figure out who it was.  Melissa was Ward & June Cleaver and Tina, the bride, of course was Tina and Cody.  Melissa didn't know who the Cleavers were!  She's young.  Sadly, Barbara Billingsley died that very night at the ripe old age of 94.  My tag was Popeye and Olive Oil.  I finally guessed it after a ton of questions.  I loved watching Popeye when I was young! 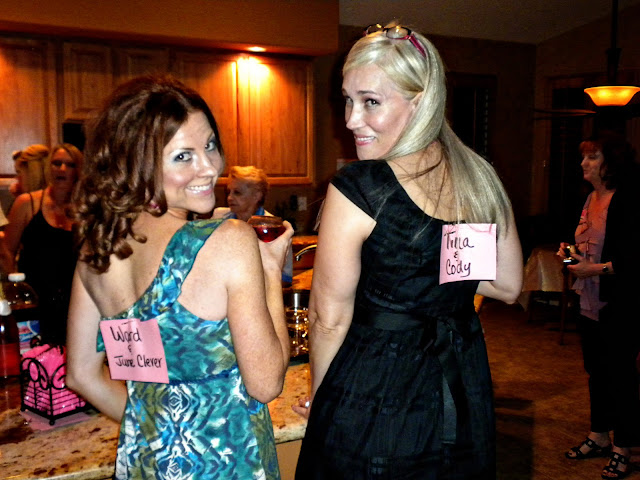 The three girls from the big D...me, Tina, and Janice. 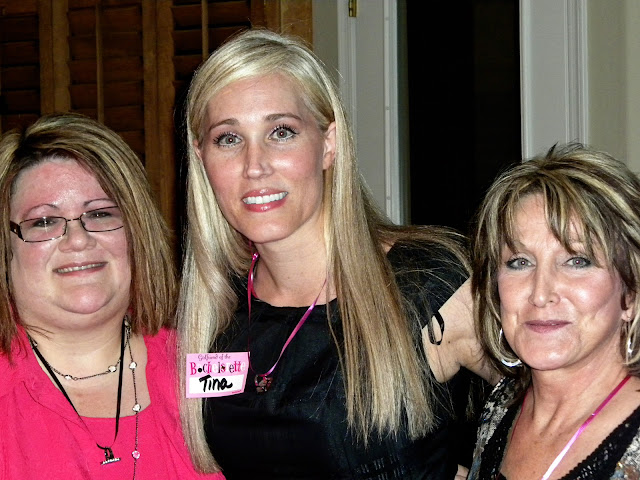