#30 is Gone and a Boy Becomes an Eagle

When I went to the periodontist a few weeks ago, the pockets on my #30 tooth had gone from a 9 to a 13 in just 2 weeks.  Not good.  The bacteria was just eating away the bone and the tooth was going to eventually fall out - as well as possibly infecting the surrounding teeth.  The periodontist gave me a couple of different options for treatment, one being pulling the tooth and eventually doing an implant.  I really did not want to do that and so I worked really hard at flossing everyday and even bought an Oral-B power toothbrush, trying to hopefully make the area better and not have to lose the tooth.  But, yesterday, I took a bite of a Reese's peanut butter cup and suddenly there was a ton of pain.  I thought maybe it was a fluke, but after another bite, I knew it wasn't.  I called the dentist's office and did the inevitable...made an appointment to have the tooth pulled.  I definitely didn't want to, but I did.

So, today was the day.  I left work and headed to the dentist's office.  I walked in all mopey and the girls were very nice to me.  Donna explained that when the bacteria gets really bad any amount of sugar will cause the sudden pain.  Maybe I'd made the right decision...but it wasn't hurting at all today...

I was taken back to the chair and had an x-ray taken so the dentist would know which way the roots were going.  Man, those x-ray things hurt and make me gag!  Soon, Dr. Wellman was standing by my side and I noticed out of the corner of my eye that he was holding the shot-giver.  That thing is ginormous!  It doesn't bother me to get shots, but don't hide the tool from me!  It's not a regular syringe either, it's a ginormous piece of medicinal toolery!

It took 6 shots to deaden my jaw and gum area.  He started pulling and it took forever to get the tooth out.  I sat there thinking...why on earth are we pulling this tooth when it's stuck in there so tight?  He kept pulling and pulling.  I thought at one point that he was going to actually have to climb up on the chair with me to get it out!  The assistant had to hold my chin firmly so my mouth wouldn't keep moving.  He finally got the tooth out and put in a couple little stitches and some gauze.  Oooh...look at that bacteria!  Yuck! 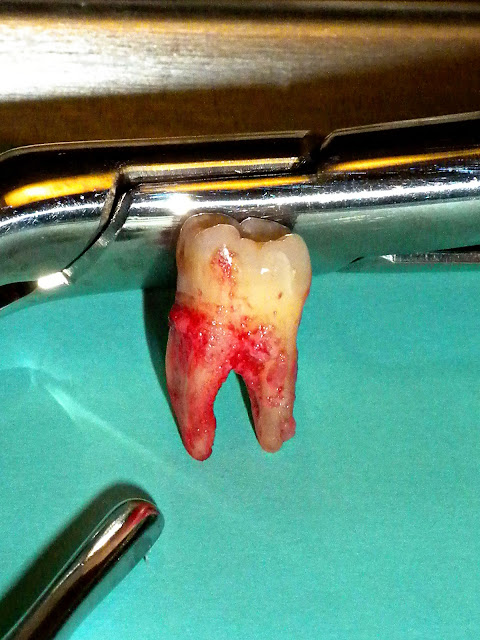 One hundred seventy-eight dollars later, I was on my way home, but not before dropping off a prescription for an antibiotic at the pharmacy.

I got home and crashed on the sofa for a couple hours.  Soon, it was 6:15 and I got up and ready to head back to the pharmacy to pick up the meds, then over to the stake center for Richard Alldredge's Eagle Scout Court of Honor.  I've watched this young man grow up over the years.  It's really been just the last 4 or 5 years though that I've really noticed him as he's grown up.

Richard is amazingly talented.  He plays a number of instruments.  He sings.  He is a strong leader among his peers.  He has a great testimony.  He sets a good example for others.  And...he is now an Eagle Scout.  My dad always used to say that to be an Eagle Scout was a great honor and that you rarely saw Eagle Scouts in trouble.  After tonight, I can see why.

The values that the Boy Scouts of America teaches are lifelong values.  I really was impressed with the number of men that were in the room that were Eagle Scouts.  They are men that I have been greatly impressed with at church.  Richard was now joining this special group.  I learned that only 2% of all Boy Scouts attain the rank of Eagle.  Only 2%!  That's 2 out of 100!  Richard almost actually missed it - not because he didn't work hard, but because his scouting records were a little messed up and just 5 months before his 18th birthday, they discovered this problem.  Richard worked really hard to redo a number of things that weren't listed as finished.  We were fortunate to be able to assist him with his Eagle project and were glad to be able to do so.

So, tonight was a special night - to see this young man become a man, to become an Eagle Scout.  I was really glad to be able to take the following pictures (especially since his parents forgot a camera!). 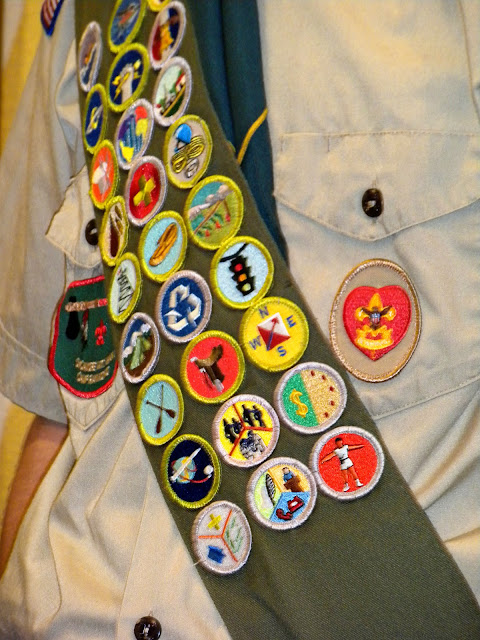 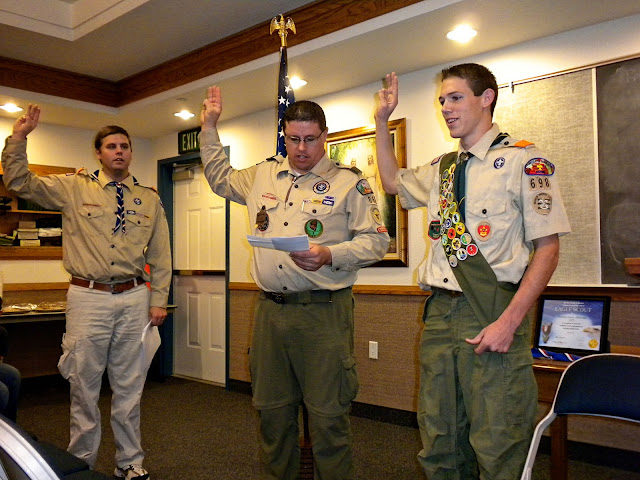 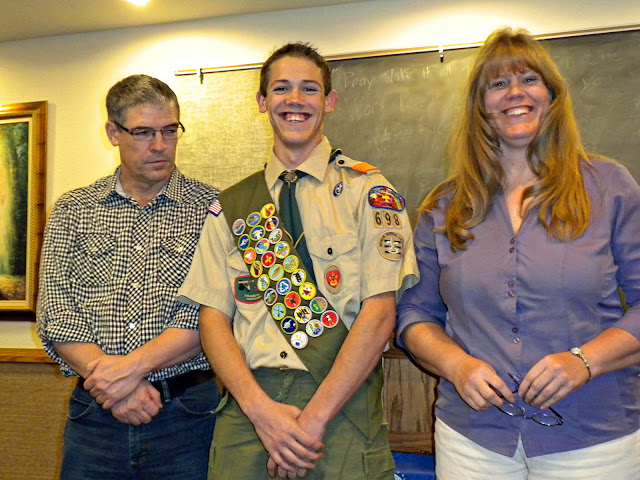 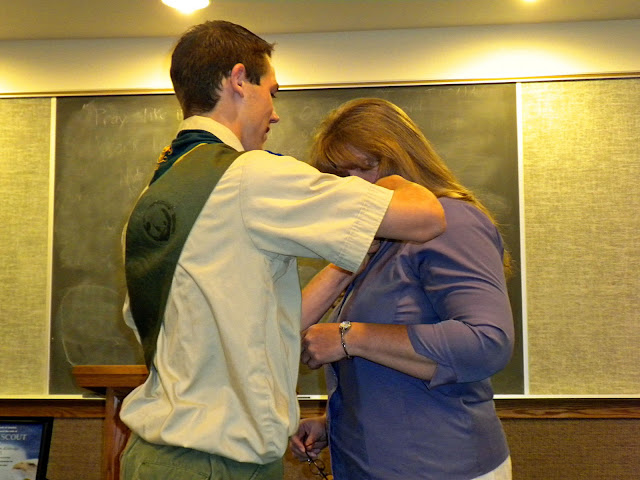 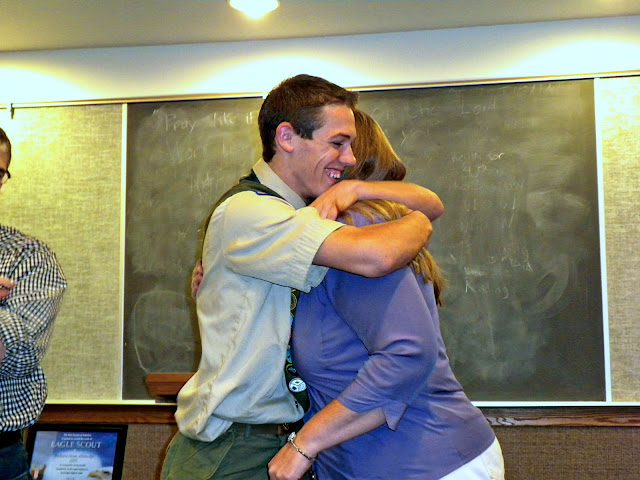 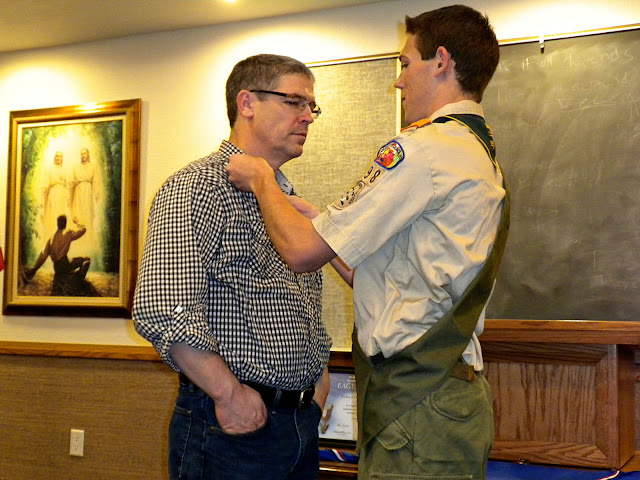 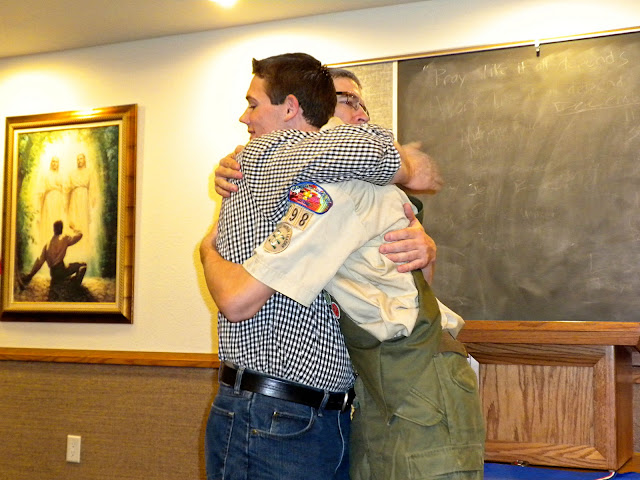 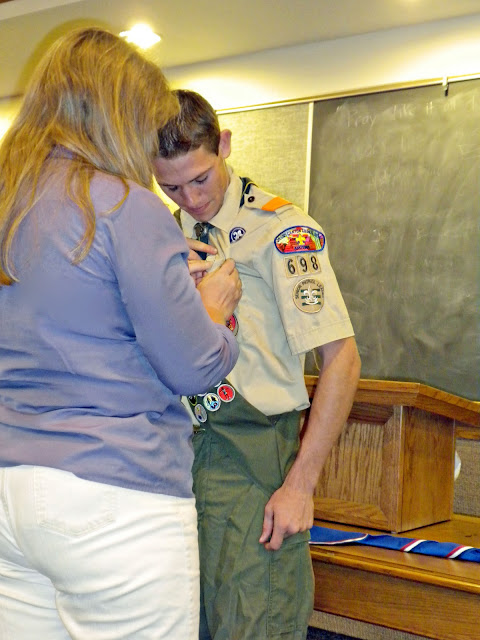 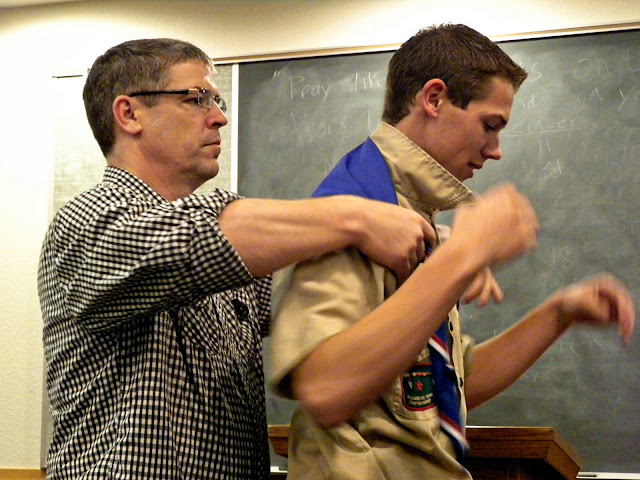 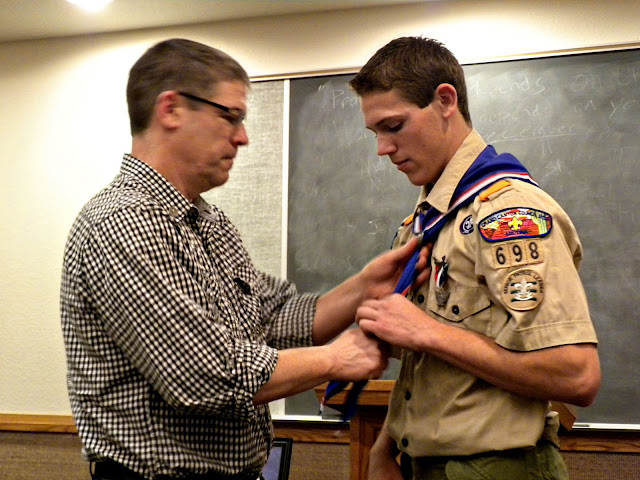 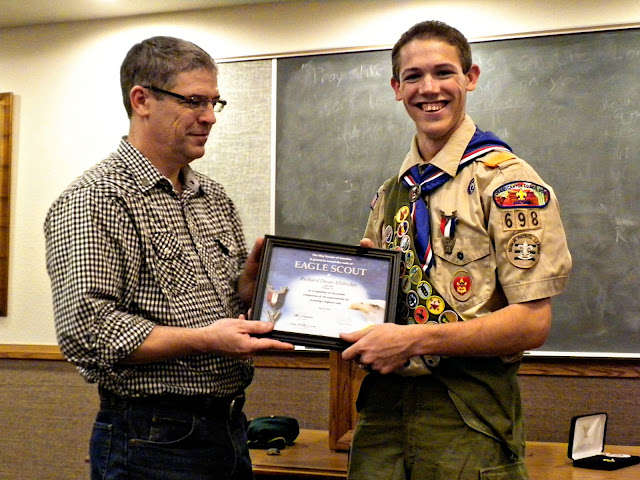 gross tooth. Keep up your regimen. It will save your others. Are you feeling better from it now?