On My 6th Day of Christmas Break...

...I decided that I still don't like to bake Christmas goodies. 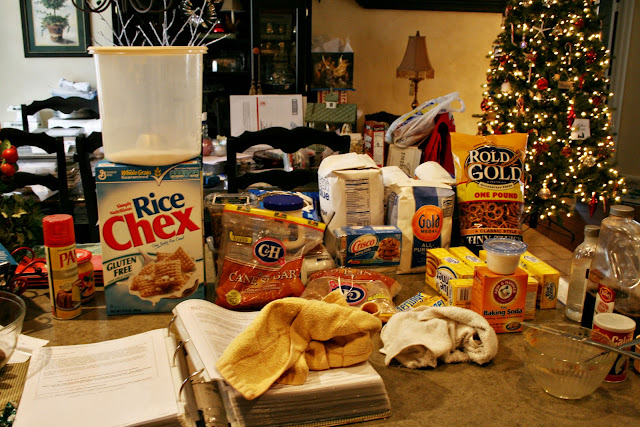 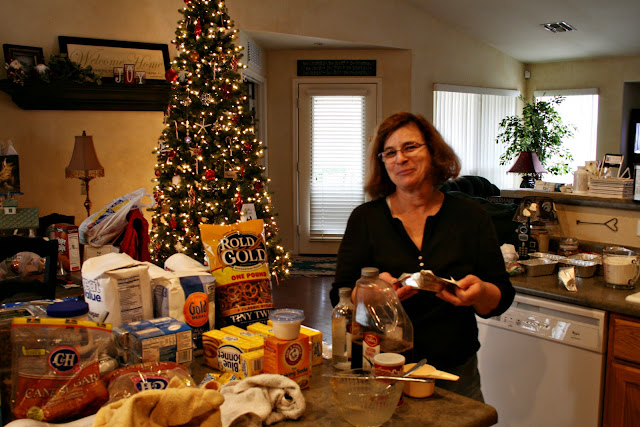 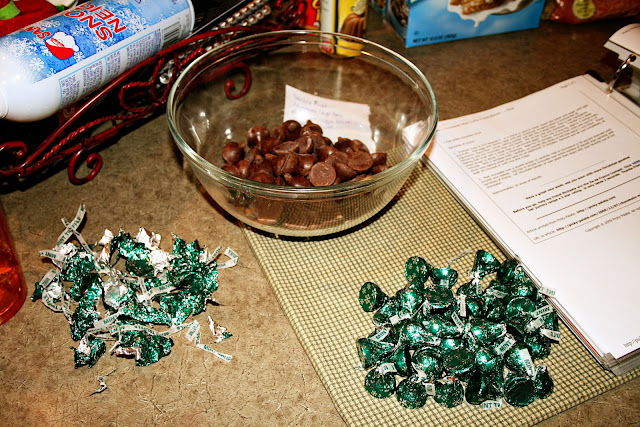 Linda came over to help me since I still was not feeling well. She worked on banana bread while I worked on the motherlode cookie bars. It was definitely better having someone there to visit with! She was awesome at helping keep the dirty dishes under control. Once we did the banana bread and the motherlode bars, we worked on making cashew brittle, muddy buddies (yuck - note to self - don't make those again - they stink like coffee), and chocolate mint truffle biscotti. By the time we were done with those, I was worn out and not feeling up to doing more. And honestly, my desire to carry on the baking tradition had waned significantly.

My baking/candy making ability sucks. My cashew brittle wasn't brittle at all. It was totally chewy. I had used my microwave brittle recipe and I guess it needs to be tweaked so it says to make sure it's a golden brown color instead of just cooking it x number of minutes. Later in the evening I ended up prying it off the pan and put it in a pot on the stove and within just a couple of minutes, it was right where it needed to be. Yay!  I'd saved my brittle. I packaged up some goodie boxes for Melon Man to take to his home teaching families, finished putting some things away in the kitchen, and then Melon Man and I watched some tv for a bit.

Tomorrow is cleaning day, tablesetting day, and final grocery day. I can't believe the big night is almost here.  This is the third year in a row that I have been ill in one way or another for the holiday.  I am bummed because I haven't been able to go all out as I've wanted to this year.  I started off that way, but it quickly changed two weeks ago when I got sick. It just stinks.