On Friday night, I stopped in at the new Winco.  Oh. My. Freakin'. Heck.  Talk about mostly awesome prices and lots of things to unnecessarily spend money on!  The bulk foods section - I could spend 4 hours there easy.  About halfway through the store, a slight anxiety/panic attack set it and I decided I was done for the night.  Any who...I digress.

So, I'm wandering through the meat section and they have BIG packages of carne asada meat.  By big, I'm talking 3-4 pound range...for $11.  I thought that was awesome, so I bought a 3.5 pound package.  Today, after church, I made my homemade fresh salsa, let it sit and congeal, and then began making my own carne asada recipe.  All of the recipes I'd searched out in the internet had too much "stuff" in them.  I was sure it didn't need all that.  And ya know...it didn't.  It was perfect the way it was.

I wasn't good at taking pictures of this process because I wasn't sure how it was going to turn out, so my pics are kind of lacking.  Go with it.  You'll get the idea.

So, first, I diced the meat.  It came pre-sliced, so I just sliced it again and then diced those slices into dices.  I then plopped those into a bowl and squeezed the juice of the limes over the meat.  Then, I added the diced onion, the chopped cilantro, and the finely diced jalapeno.  I mixed that all up really well and then added the seasonings.  Sorry, can't tell ya how much, just put on what you normally would for this amount of meat. Mix/stir/toss it all up really well, then dump in the 3 heaping tablespoons (those are the big spoons in your eating utensil drawer, not the measuring tablespoons, although one would hope that they equal the same!) of salsa.  Mix well again.  Let it sit for a few minutes.

In the meantime, get a big, deep skillet nice and hot.  You don't need oil for this baby.  Just warm 'er up nice and hot.  Then after about 10 minutes of heatin' and marinatin', dump that meat into that hot skillet/deep pan and let 'er rip.  Brown that goodness up.  It will form it's own juices, so no need to add oil or water or broth or anything. 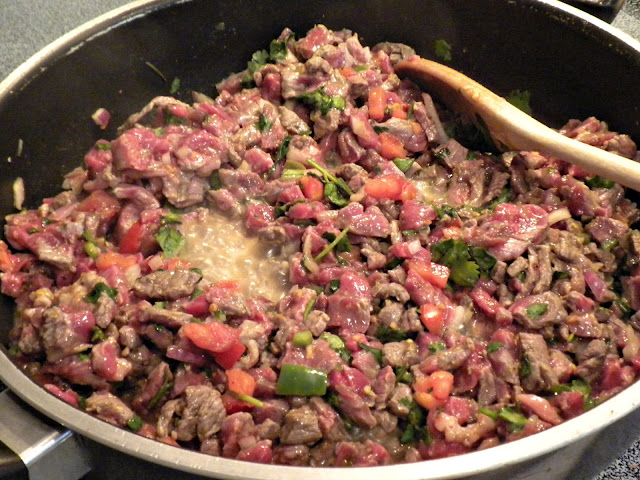 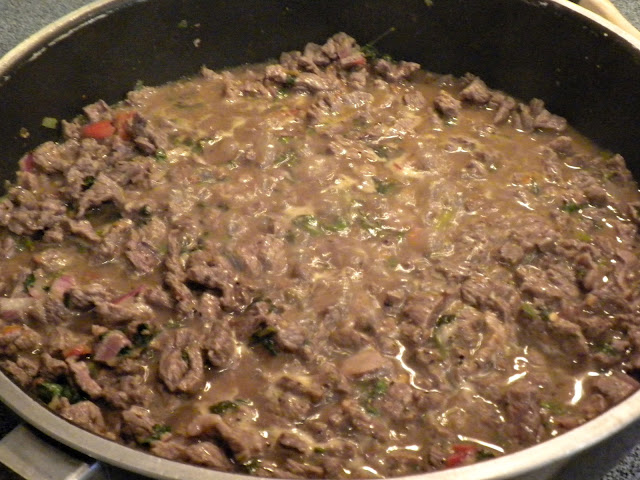 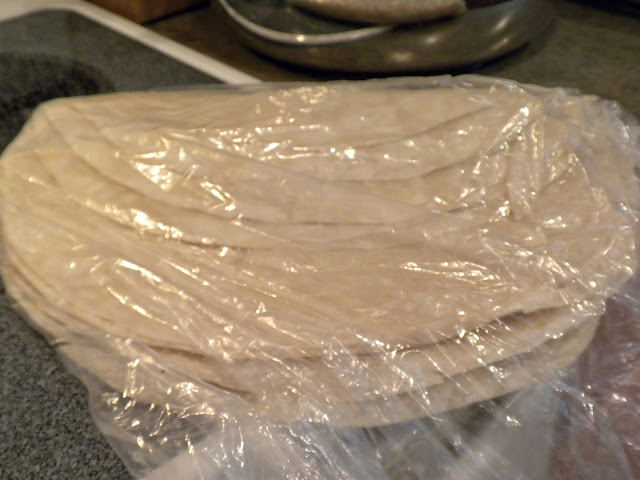 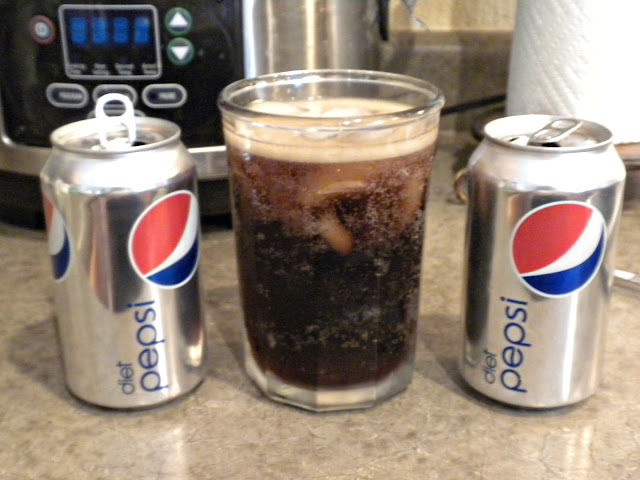 While you're letting it simmer, grab a couple cans of Diet Pepsi and chill for a bit.  Once the meat is nice and tender, turn it off.  Let it sit for about 10 minutes so it cools down just a little and soaks in some of the juice.  Then, grab those nice big fresh tortillas that you bought at the mexican food place (What?  You didn't know to do that?  Oh well, make some of your own!) and put a big spoonful of meat and sour cream into the center of the tortilla and roll 'er up into a burrito.  If you feel like it, put another spoonful of fresh salsa on the burrito before you roll it up.

It was all a somewhat surreal moment...it was like Riva in my house, makin' me burritos.  So yummy!