After an egg white omelet for me and fried eggs and toast for him for breakfast today, Melon Man helped me work on the new guest room.  He was the gopher, bless his heart.  He hauled stuff here and there, handed me MORE boxes and bins of crap to be shredded, took bag after bag of shredded paper to the recycle can, and whatever else I asked him to do.  The recycle can is full and Recycle Day isn't until next Tuesday!  (Our garbage can is full too from cleaning the garage on Satuday.  Thank goodness trash day is Friday!)

We now have almost 8 large kitchen bags full of shredded paper.  Where on earth did all of this come from? It's ridiculous.  Every time I thought I was almost done, he would unearth another pile.  The shredder got so hot that after 2-1/2 buckets full, it would have to stop and cool down for 20 minutes.  While it did that, I would keep going through the remaining papers and then all of a sudden, the shredder would start again and I'd be back to shredding until it would get hot again and stop.  We did this for about 4 or 5 hours again.  My legs and butt were so sort from sitting on the floor that long that I could barely move to get up when we finally decided to head out for an early dinner at Olive Garden.

We did make a lot of progress on the room today.  Melon Man went through all of the books on the bookshelf and gave up a lot of books.  We are getting rid of our bookshelf so there will be more room in the guest room, so we had to reduce the number of books we have.  I took some pictures of the progress we made...can you really tell we made progress? 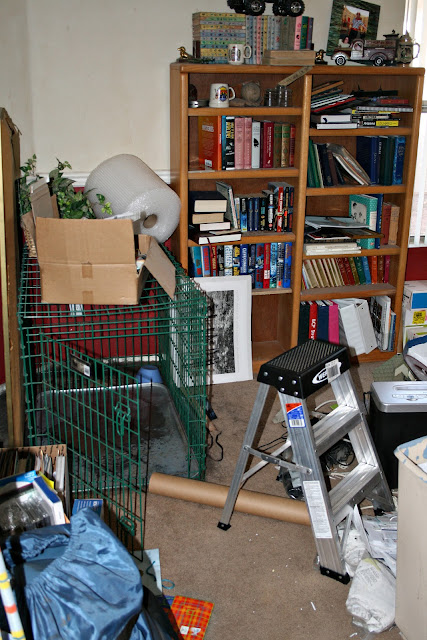 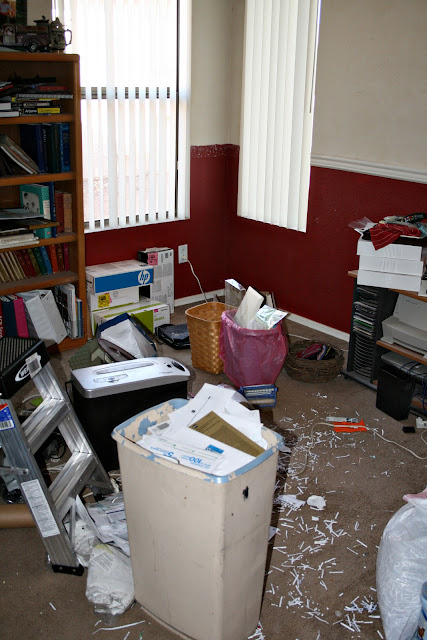 No, I don't think so - at least from the pictures, anyway.  But, when you walk in there now, there is room to actually move.  I decided to put yesterday's pictures side-by-side against today's pictures to see if there was a difference... 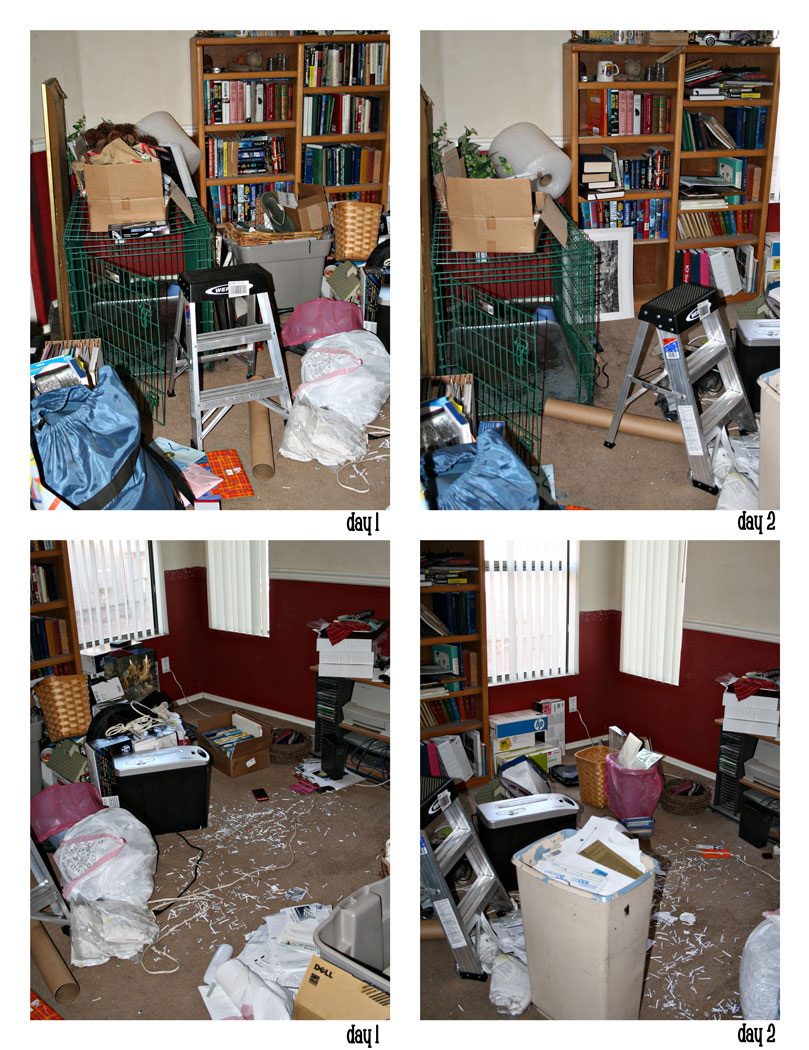 There appears to only be a small difference.  But if you had actually been there, you would definitely see it.  I promise.

Dog thinks it's fun to walk around me in a circle now.  I think if I can get the last of the shredding done tomorrow and then actually vacuum in there, it will seem more like we've done stuff.  Melon Man is intent on having a garage sale of a ton of stuff on Saturday.  I want to hold off until the community sale later this month, but I lost.  No biggie.

Oh, I forgot to post about the Spaghetti Squash and Chard Gratin.  Um...yeah...I WILL NOT be bringing that to Thanksgiving dinner or ever making it again.  It was awful.  Maybe the squash wasn't cooked enough.  Maybe I just have an aversion to Swiss Chard.  Maybe it was the ton of garlic in it.  I don't know...I just know I didn't like it.  I didn't like it enough to even bother putting the remainder of it in the fridge that night.  In fact, it's still sitting out waiting to be thrown in the garbage.  Yuck.

After this is all said and done, the plans you have for this room will be very nice. But the pictures are good to have....