It's not about religion. It's about losing mountain views, and it's about the color and the height of the proposed four-story Mormon temple in a north Phoenix neighborhood.

That's the sentiment of residents who are opposing a 9,500-square-foot temple at 5104 W. Pinnacle Peak Road, which will serve the growing West Valley.

"It's obtrusive to the neighborhood, not conducive to the environment, and it's of no benefit to us," said Sue Bolton, who has lived in the neighborhood for 16 years and is not a member of the church. Bolton was among more than 200 people who gathered this week in north Phoenix to voice their concerns over the proposed temple.

"To light up that spire like a torch until 11 p.m. is a severe detriment to us," said resident Tasha Cady, who has lived in the residential area for 28 years. "They are Johnny-come-latelies. Why should they be able to steal our quality of life?" 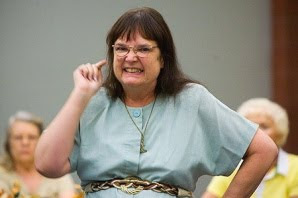 Temples are the most sacred places in the Church of Jesus Christ of Latter-day Saints faith - it's where weddings and other special events are held, and not everyone is allowed inside. This would be the first temple in Phoenix and third temple in the Valley. The Mesa temple is approximately 65,000 square feet. Gilbert approved a 35,000-square-foot temple this month.

But those who support the sacred edifice that the church plans to build say that concerns about a "brilliant white monster building" are unwarranted.

Chris Church lives a block away from and worships at the LDS meetinghouse adjoining the proposed site at 51st Avenue and Pinnacle Peak Road. He said temples improve property values and the community.  That empty lot is an eyesore, it's a dumping ground," Church said. "The dark skies are gone, that is the reality. I have a street light in my backyard."

Building height at issue - The church plans to build a temple with a square footprint, city records show. A parking lot would be on the northern and eastern sides of the structure and the property would include a fountain and lush landscaping.

Zoning attorney Paul Gilbert, who is representing the church as it goes through the city approval process, said that at present, two wards, approximately 1,000 members, worship at the meetinghouse east of the proposed site. Deer Valley has three meetinghouses.

Gilbert said the church has complied with every city ordinance, from notification to drainage.

Tonight, Gilbert will provide information to the Deer Valley Village Planning Committee and the public about the project.

In October, the committee will hear the request to rezone the property from residential to planned unit development. Residential zoning caps building height at 30 feet. As submitted, the proposed structure would be 48 feet tall, with an additional 78 feet of steeple and spire.

"The only thing we're asking that we couldn't do as a matter of zoning is that 18 feet," Gilbert said. "Everything else, we're allowed to do. The neighbors are protesting 18 feet, that's it."

The Phoenix City Council will have the final say.

Encouraging public input - Phoenix's planning director, Debra Stark, told residents Tuesday that the federal Religious Land Use and Institutionalized Persons Act permits churches to be built in any type of zoning and does not restrict the height of a steeple or spire. Stark and Phoenix Councilwoman Thelda Williams, who represents the area, encouraged residents to get involved in the zoning process by attending meetings and offering suggestions.  "The option can't be, we just can't have it, period," Williams said.
---------------------------------------------------------------------------
So...this is the story that was in the newspaper yesterday about our new proposed temple.  I'm sure there are all types of issues that come up during the building of a temple.  Satan always wants to prevent the work from going forward.  Now, I am not typically a person that makes fun of others - at least I try not to because that is not Christ-like - but seriously...look at the picture of that lady!  I just could not get over the hatred in her face.  It's obvious that she knows nothing of the good that members of our church do.  It's obvious, too, that she has not looked out her front door recently at night and seen the super bright "stadium" lights that light up the sky across the street from her where there is a GINORMOUS sports park.  Steal her quality of life?  Severe detriment?  Whatever.  NOT.  It will only add to the surroundings.  Yeah, I'm not a big fan of where it's proposed to be built and yeah, I think it's actually too small (9,500 sq ft vs 35,000 sq ft for the Gilbert temple and vs 65,000 square feet for the Mesa temple), BUT, I'm just happy we finally won't have to drive all the way to Mesa anymore! 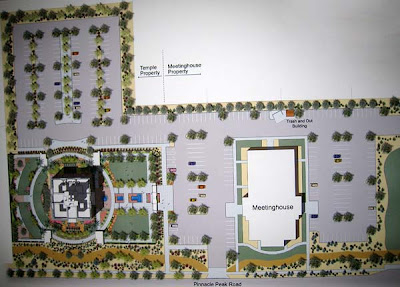 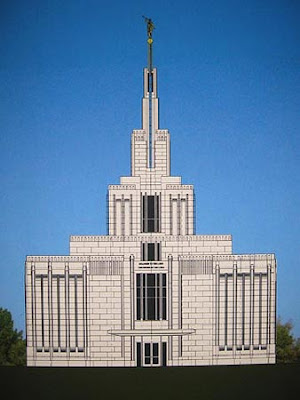 This is what they are freaking out about...a building that isn't even 1/2 the size of the meetinghouse currently next to the site where the temple will be built.  And the design...get real...it's hardly anything that's going to be a detriment to their quality of life.  And blocking their mountain views...NOT.  Oh...and what mountains are they referring to...this....? 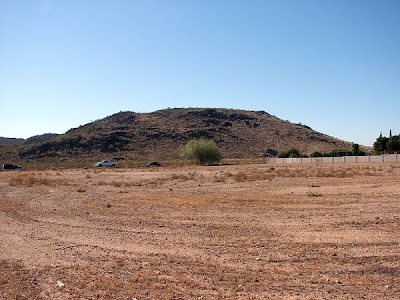 Um, that is NOT a mountain.  That is a little hill that actually will be hiding the temple from being seen by the surrounding city (yeah, that's part of why I don't like where it's going to be built).  Now, THESE are mountains.... 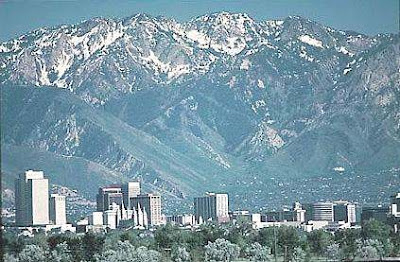 I guess it's still going to be a while before our new temple is built.  Now, if they had just decided to build it out here in our city, I doubt we'd be dealing with this at all.

Honey, do not despair! There were the same concerns, complaints and vicious commments made when the Redlands Temple was proposed. However, those same nay-sayers rejoiced at completion of construction because their property values sky-rocketed!! It will be OK.

Satan does all he can to prevent the work from moving forward, but the Father's plan will go forth. The Lord's will will prevail. No unhallowed hand will stop the work. There will be conflict, and persecution and vile, horrible things will be said. Demonstrations will occur. But the Lord's work will progress and move forward.

Small temples are deceivingly large. The Redlands Temple is quite big, even though it has only two ordinance rooms and I believe either two or four sealing rooms. There is no cafeteria, no laundry, no chapels, and you must have an appoinment to attend. Must the important thing is you will have a temple. The decor will reflect the history of the area where it is constructed. It will be beautiful and the Lord's work will be done.

Ditto on that. Newport Beach is the same floor plan as Redlands and you'd be surprised how much gets accomplished and that is accomodates. NB was delayed a few years because of all the hoops we had to jump through with the city and neighborhoods. We had to lower the steeple, change the color, compromise on lighting, but in the end it was worth it. AND all the complaining neighbors--LOVE it now and apologized for their nastiness. Their real estate skyrocketed! The neighborhoods were invited to an open house session for them as a thank you. Their hearts were softened. Yeah. Satan sure tries to stir things up.

Stumbled across this post looking for info on Phoenix temple, I know things have moved forward since then. The first hotly contested temple I recall was Billings Montana. Now the non Members there call it "our temple". Boston had problems with the residents, and some non members now wish the temple were a bit brighter at night. "Persecutions will rage, mobs may combine..."

We make excellent neighbors in the end.