The Vinyl Cutter is Back Up and Running! 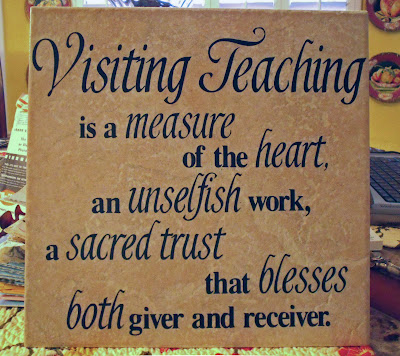 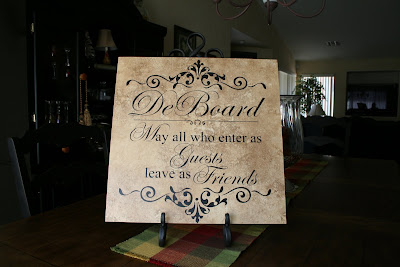 We had a very nice church service today.  Good testimonies shared.  Revision in the Bishopric and some other folks in the ward called to stake callings.

Had the missionaries over for dinner.  That is always nice.  One is from Holliday, Utah and the other is from Scotland.  His accent was a little difficult for me to follow sometimes, but I pretty much got the gist of what he said.  We found out on Thursday that we were having them for dinner and so I planned on having our staple missionary dinner...tacos.  Then, on Friday, we decided to have ribs, but since we'd just had those the day before (at Lisa's), we went back to tacos on Sunday morning.  Then, as we were leaving church to race home and get things ready for dinner at 6 pm (after 5 pm church), we smelled the most delicious smell...barbecued steaks.  So, once again, we changed our plans.  We got home, defrosted some steaks, took the 2 ears of corn on the cob that we had left and made them into four, made a quick salad, and threw the rest of the loaded baked potato salad into the oven to use as a side dish.  Everything came together right about 6 pm or so.  The only problem was that just before we sat down to eat, we found out that one of the elders doesn't eat meat.  Melon Man later asked me why I didn't make him some rice or something.  I guess I just didn't think of that at some short notice.  Oh well, I'll know for next time.

I thought that I had uploaded all of the ancestral pictures that I took yesterday, but when I went to upload the vinyl tiles pictures above, I found a few more that I hadn't uploaded!  So...here they are... 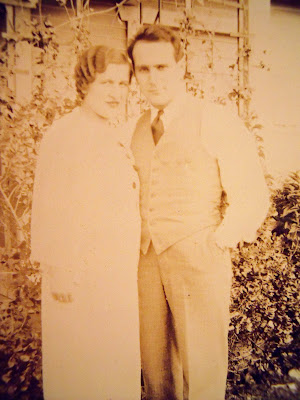 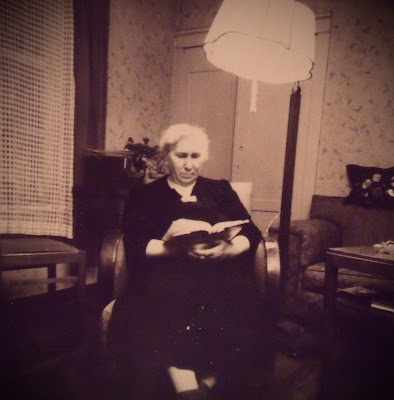 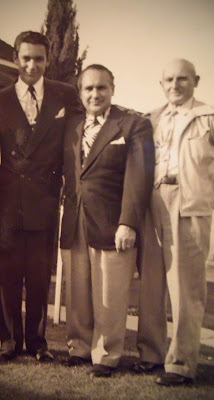 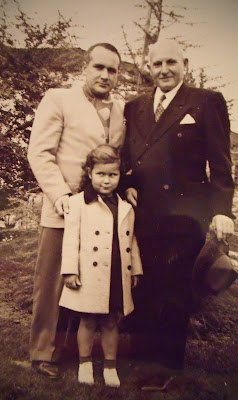 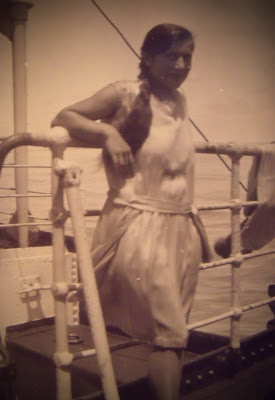 Mamo on the boat to the United States.
Cousins - have you EVER seen her hair that long?!?!? 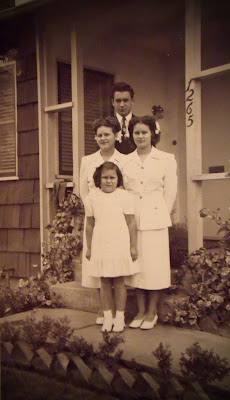 All of Mamo and Daddo's kids

My cousin Leslie (oh my, Leelee - Attysen looks JUST like you!),
our cute as ever cousin David, and me. 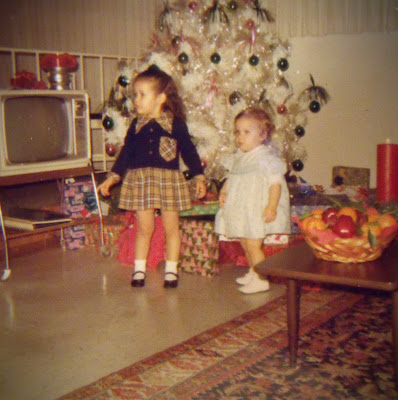 Me and my little sister, Jennifer at Auntie Sigie's house 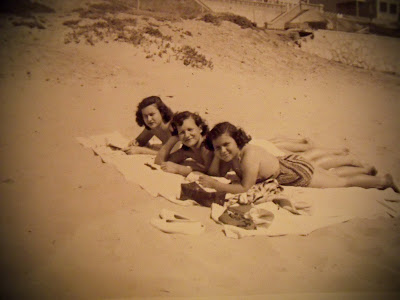 The hotties on the beach - Auntie Tia, Auntie Sigie, and mom

The pictures are AWESOME! Love the beach babes. You can so tell which sister is which without even trying. The picture of Leslie reminds me a lot of Erika. And aren't I just the chubby little thing!

Thanks for posting these. I don't have any pictures when I was little. I can't believe mamos's hair. These are just great do you have more?

I love your pictures....they are really fun to look at.

Thes pictures are AWESOME!!!! I wonder if the ones you 'took' with your camera are better now than the originals?????

NEVER saw Mamo's hair that long! I TOTALLY remember you younger cousins that way. You and Jenn were singing and dancing at my mom's house!

ps: can you cut a vinyl for VT like that for me? I'd love to have it on display for our VT interviews on the 22nd of this month.......

Love the photos. I really think Kevin looks like his mom.