The Best Biscuits and Gravy EVER

I haven't blogged in almost 3 weeks.
I just haven't really felt like it. I have been working on a project at work that totally just drains my brain of all life and so when I get home, I just avoid this beautiful 24" HD screen and instead, watch the 50" HD one in the living room and just let my brain go numb. There's been a lot I've wanted to blog about and by now, a lot of the emotional/feeling parts are gone but the day to day activity parts are still there. So, I've put some placeholder posts in for me to go back to with a few notes to try to help me remember what I wanted to blog about. Maybe tomorrow after work I will feel like catching up. Maybe.  But, here's a post for now.
Have you ever seen such a smart dog?  He has learned to open the door to his kennel all by himself!  We can tell him to "go get in" and he does!  If the door is closed, he puts his paw up there and just opens it.  If it's open already, he just gets in and stands there and waits for us to come close the door. Sometimes he will go get in when we tell him and if we don't come to close the door right away, he will wait for about 15 seconds, then he will walk to the doorway of his room and just stand there with a look on his face like, "are you coming or not?"  I just love him!  Now, we need to teach him to close the door too.

Today was Fast and Testimony meeting at church.  I normally don't get up and share my testimony because I just don't ever feel like anything I have to say is worth getting up there and saying.  I don't like to just say how I believe that the church is true.  Most people know that if you're there all the time, you already know that.  But, today, my heart was so full that I could barely contain myself.  I finally leapt up out of my seat and I think Melon Man was like, huh, whatcha doin'?  He let me out of the pew and I headed up to the stand.  I waited for my turn and then I stood up at the microphone.

I had brought one of the bulletins up with me and I spoke about how I know we're never supposed to desire a calling, but that doing the program was a calling that I'd always wanted.  I didn't really know why I'd wanted it other than I thought I could do a good job at it.  But, having done it now for about 7 months, I'd figured out why Heavenly Father wanted me to do it.  It was a way for me to serve others and feel the Spirit in my own life more.

See, over the last few months, I've been inspired to put certain things in the program at certain times.  I'm not always sure why.  I'm just directed to what would be good to add as extra stuff.  I have a section called Words From Our Leaders where I put portions of a talk or such that I'm guided to use.  I know that I'm being inspired to put that talk in there for some special reason.  Either I need to read it or someone out there in the congregation needs to read it.

I pointed out how last week's bulletin had a talk in it that President Uchtdorf gave during Genereal Conference about service and being the Lord's hands and that the talk must have been meant for me.  I relayed the story about helping Jennifer with her slideshow and how I was so grateful to have been able to be His hands in preparing this special video for these young women.  I then shared how I'd always wanted to be part of the Girls Camp leadership and had never been called to that calling but this experience had given me the opportunity to feel as if I WERE part of it, even if in another ward.

It felt so good to get those feelings out there and share them.  I closed my testimony and went and sat down.  I was so grateful that I'd felt the spirit prompting me to get up there.

After church was over, we headed home and Melon Man made us our traditional Sunday brunch - biscuits and gravy....from scratch.  Oh. My. Goodness.  They were the BEST biscuits and gravy ever.  He's made them many, many times for us, but this was the best they have ever been.  I will post the recipe here once he teaches me how he makes them! 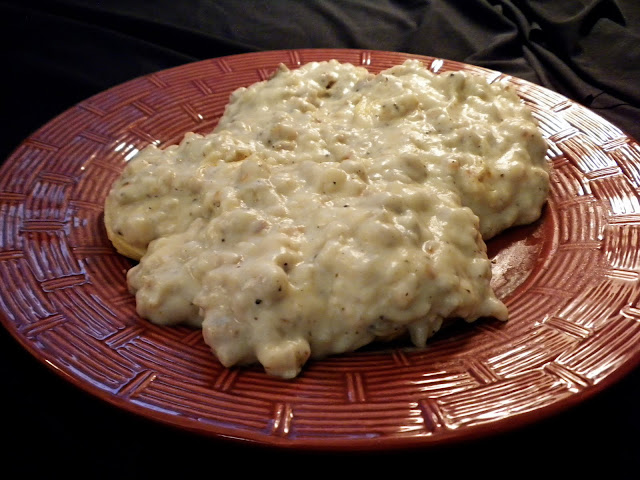 I'm so excited!  Tonight I ordered my laptop!  I've been wanting to buy one for a while now.  All we have is our PC in the office room and since I try to keep up on my blog, I end up spending a lot of time in the office doing that instead of spending it with Melon Man.  I wasn't liking that at all.  We had talked about buying a laptop, but he just didn't want to spend our money on a "want" over a "need."  So, I'd told him I would earn the money for it myself through doing vinyl orders.  He agreed that would be okay.  I've been saving every gift card I've gotten and saving every dollar I've earned doing vinyl and I was just about 2/5ths short of the total needed.  He asked how much I had, how much it was going to cost, and how much I had left to go and then he said to go ahead.  I thought he was joking, but he wasn't, so I ordered it!  I'm so excited to get it.  It's red and a 17" size.  Yay!!!

After ordering my laptop, I started to cut some vinyl for some recent orders.  After first I couldn't get the machine to work properly.  Dang!  Then, when I finally got it working, I ran out of vinyl!  What on earth?  Why?  Oh, let me guess....because I was "working" on Sunday.  So, I quickly ordered some vinyl so it would get here in time for the order's due date and called it good for the night.

I love Koda! Aka "Dog" Yes post the biscuts and Gravy. Look delish!

Darla does the same thing with her kennel. She can anticipate when we are leaving and goes and gets in and waits for us to close it.

Yay! for the laptop!

And biscuits and gravy is one of my all time faves! My dad's too!