Jennifer's been putting updates on her blog about Taylor but I want to capture it here on mine too so I can include my feelings and thoughts as well.

On Wednesday, they met with the doctor.  It's never a good thing when the doctor asks you to come in to his office for the results rather than give them to you over the phone.  One doctor suspects that he has ALPS and another doctor suspects that it's Lymphoma.  Neither one is good, but at least ALPS is livable.  Lymphoma is far worse - but there are some kinds that are better than others.

This is a picture from his CT Scan.  Personally, I can't tell what is what.  All I know is that things are misshapen and that's not good. 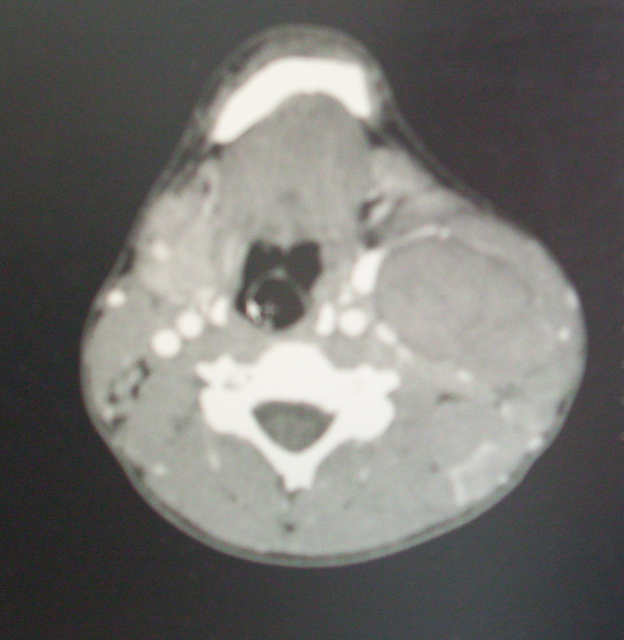 The mass/masses go from his cheek to his shoulder.  They are intertwined with things such as his jugular vein, vocal cords, and thyroid.  The doctors are going to do a biopsy on it on Friday at 1:30.  They are going to take out as much as they can, but they said they don't think they'll be able to get all of it.  That is scary to me because what if it just grows back and with an even greater vengeance?  Honestly, my gut tells me this is not a good situation.  The masses have just grown so fast.  I mean, look at poor Tato... 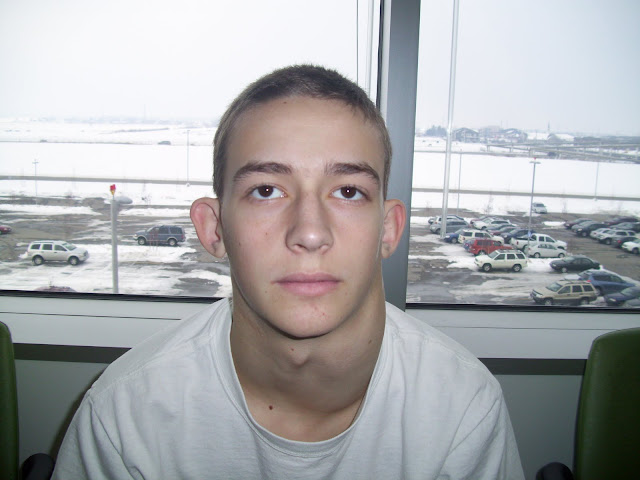 He is so embarrassed to be walking around like this.  I mean, what 16 year old kid would want that?  But, he is such a sweet young man and just deals with it.  Although, after learning more about what was happening, he finally broke down to his mom and said he just wants to feel better.  I want him to feel better too.  We all do.

Jennifer is having a rough time with this - what mother wouldn't?  We were talking the other day and I was able to share with her something that suddenly struck me as merely coincidental but likely all part of "the plan."  She was so upset when she got released from being the Stake Assistant Girls Camp Leader.  One day I was trying to console her and told her that maybe there was something else coming up that would be more important and would require her time and attention.  I had hoped it would be a calling.  It turns out she soon got a calling.  But, as I talked with her today, I felt impressed to tell her that maybe this was it.  Her son needs her.  Her family needs her.  She needs to be able to devote all of her time and efforts to them during this time.  Being in that calling would have been too much for her.  Being in her new calling may end up being too much.  This is a lot to handle, especially if it does turn out to be Lymphoma.  There will be chemo and radiation and all kinds of doctors visits and such to deal with.  But, I know that she will make it.  I know she will be able to turn to our Heavenly Father for strength and support.  I will be there whenever I can to support her.  No matter how this turns out, we will pull together to get through it.

It seems that there are a couple of things that make Taylor smile...jokes and talking about girls.  Melon Man went to the big BN (Barnes and Noble) yesterday and shopped.  Today, he shipped off a couple of joke books to the Tatomeister.  I guess he was so excited to send them to him that he called Tato up and told him what he was sending to him instead of surprising him.  Oh well.  I talked to Tato on my way home from work today and we talked about girls for just a minute.  Yeah, there was a smile in his voice - even if it was a quirky one because he was embarrassed to talk to his auntie about it.

I feel a little more upbeat about the outlook today.  Not so much the other night.  But, all we can do right now is wait for tomorrow and wait for the results.  These gremlins are big enough this time that the doctors better be able to tell what it is for sure and then get this sweet kid on the road to recovery or remission.


Love you Tato Bug.  Here's auntie sending you a little...

Thanks for the update, Kristin. We are praying for and thinking of him and his family.

Call me right away and let me know the preliminaries, and then the results. I'm not going to bother her. I'll get my info from you--