We arrived in Utah yesterday and after depositing Dolly at her home, we checked into our hotel.  We were exhausted.  We called Dad to see if he wanted to go get some dinner with us, but he didn't.  By then, we decided we were too tired to go out anyway.  So, I just went down to the front desk and bought some of their microwavable food and made that for us in our little apartment style hotel room.

The next morning, we were going to pick up Dad on our way to the baptism, but he said to go ahead so we headed up to the church.  The service was very nice and it was so wonderful being able to be there for it.  We try to get to each of the kids' baptisms and deacon/priesthood ordinations.  I'm sure we've missed a few, but we've really tried to make all of them as often as we could.

After the baptism, there was a get together at Kurt and Ang's house.  The kids were all playing on the slip and slide.  It was so much fun watching them.  I miss seeing them interacting like that.

And then, they were off!  Kurt jumped up and was chasing her all over the yard with water bottle in hand! 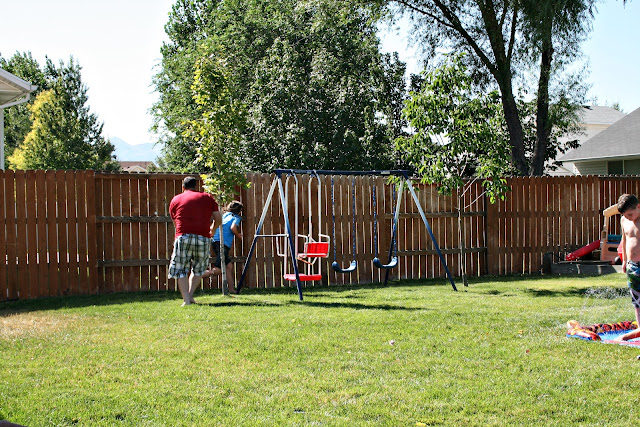 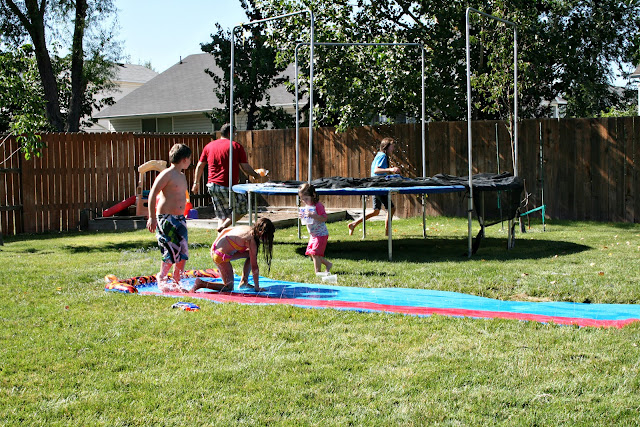 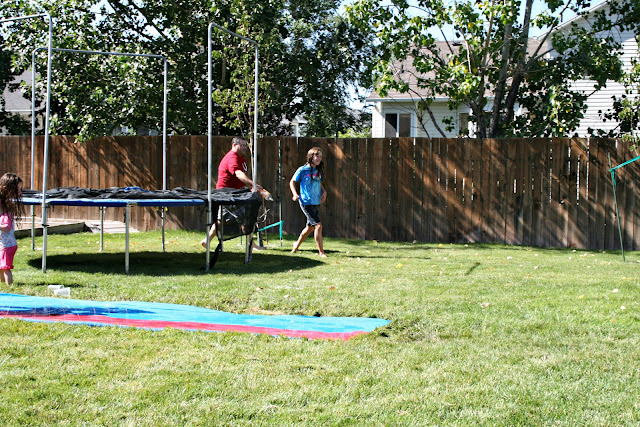 He got her pretty good with just the water bottle, but then the real fun happened!  He scooped her right up and planted her on the slip and slide! 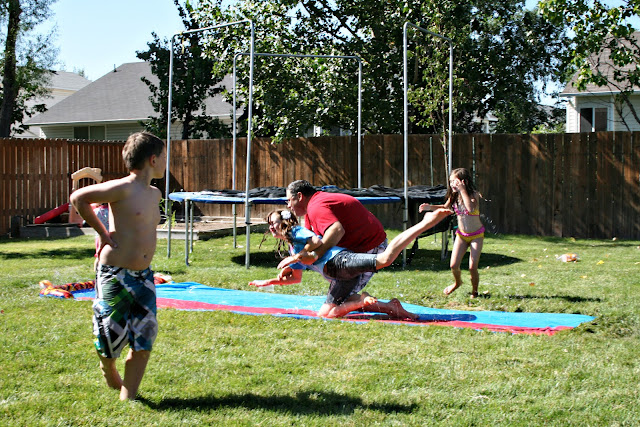 She was soaked!  Then the other kids joined in too! 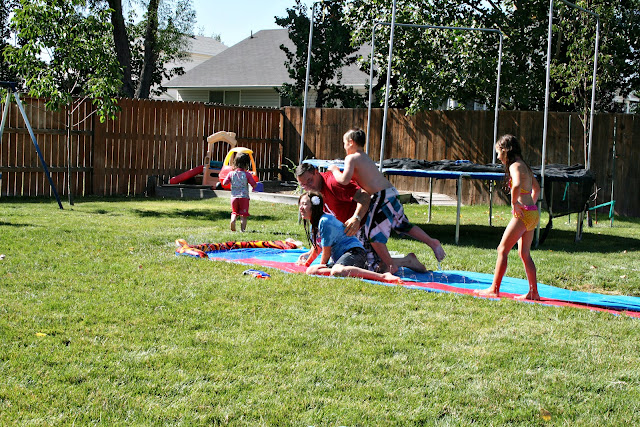 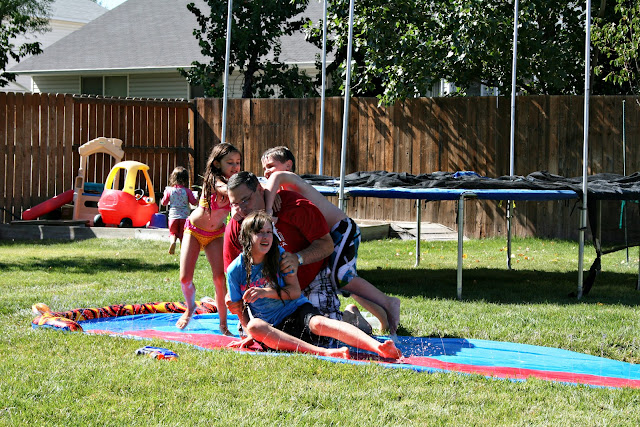 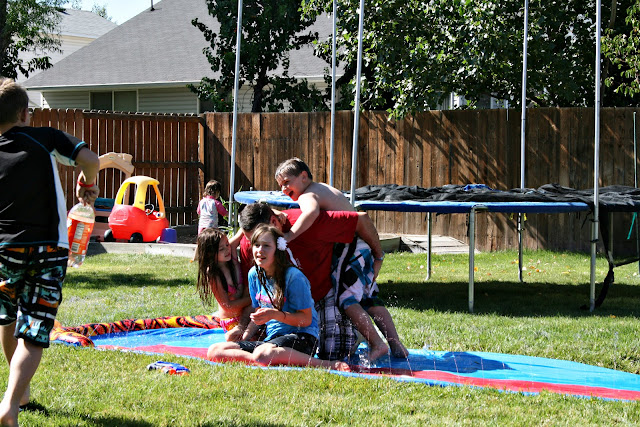 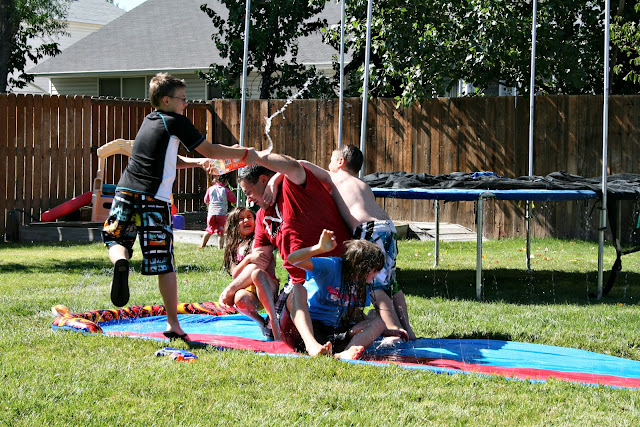 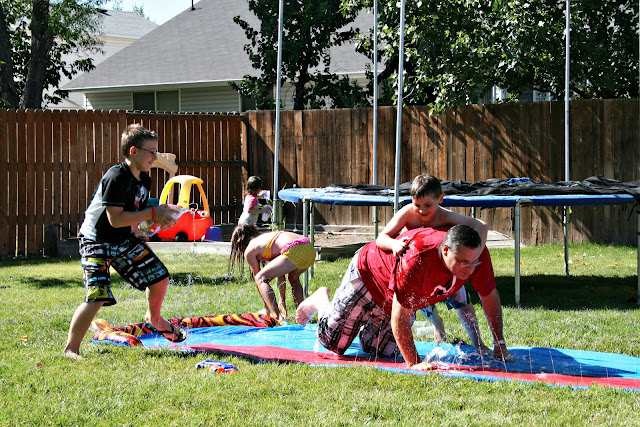 But, as boys will do, they carried on in getting their dad soaked.  And, he was! 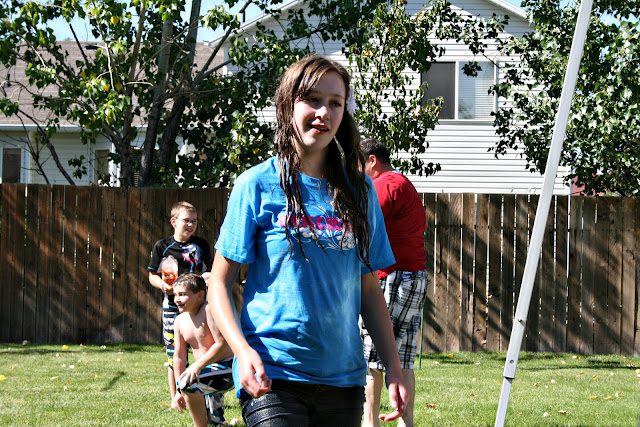 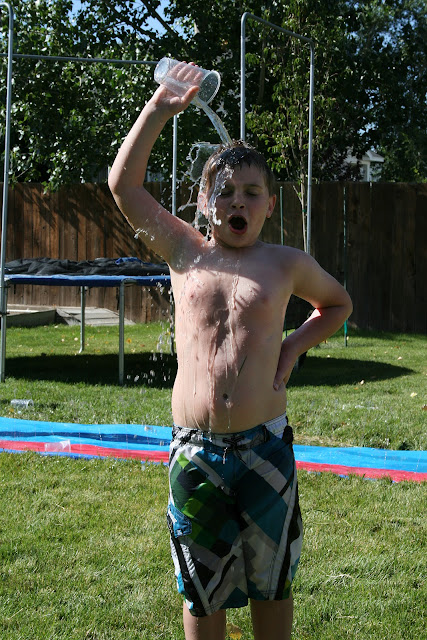 And, then, because Scooter didn't think he'd gotten enough, he added a little more!

Around dinner time, most of us went to La Frontera.  There were, I don't know, about 22 of us!  It was loud and crazy, but a lot of fun.  Crappy cell phone pics...


After dinner, we all headed to our hotel so the kids could swim.  I spent most of my time teaching Holly to swim.  Well, to jump off the side of the pool and not be afraid...to learn trust.  I also taught her how to lay on her back and sort of float and then also how to kick her legs.  Too bad we didn't have more days there...I bet I could have taught her how to totally swim!  She was so much fun.  She just kept going and going and going.  She was like a frog - just jumping all over the place into the water.  Today, she earned her auntie nickname - FROG.  Now, every time I see her or talk to her, I say ribbit, ribbit!

It was a special but fun day.  I am going to miss all these kiddos when we leave to head home tomorrow.