Only 7 Hours From Home for La Frontera

We headed out for home this morning.  I don't even think I made it to the Point of the Mountain before I was asleep...typical for me these days when traveling.  I woke up as we were pulling into Nephi so we could get some grub.  A Whopper from Booger King sounded like a fine choice (not) but that was about all there was that sounded decent for some reason.  So, that's what we got and then we were on our way again.  Of course, it didn't take long once we were on the road and I dozed off again...but not before this happened!  The fun of a sunroof!  (Oh my...do I need a dye job or what?!?!?) 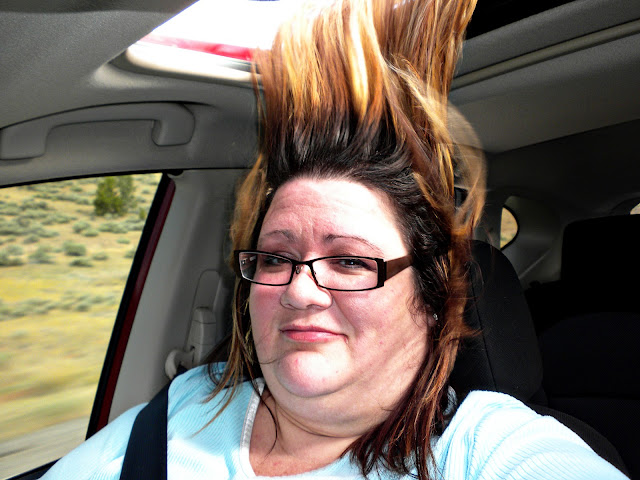 I think I finally woke up as we were coming into Washington or St. George.  We decided to stop for lunch and gas and since the chile verde burritos were so yummy on Saturday night, we decided we wanted them again for lunch today.  I had seen a La Frontera in St. George when we were driving up, so I looked it up on the handy dandy smartphone and soon we were at it's door ready to munch on some chips and salsa while we waited for our burritos to arrive.  We both ordered three...oh my heck, that's a lot...but I planned on taking some of mine home so I could finish them for dinner.  Melon Man ate all three of his.  They were SO good...better than Saturday's - especially since they didn't have beans in them like those did!  Lesson learned though...don't get them with the beans, don't ask for no beans, tried them with the pork inside but way too rich...Aubie was right...get them with chicken inside and chile verde outside.  Will have to remember that for next time! 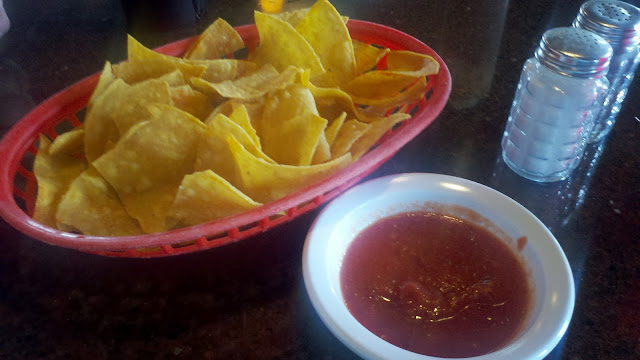 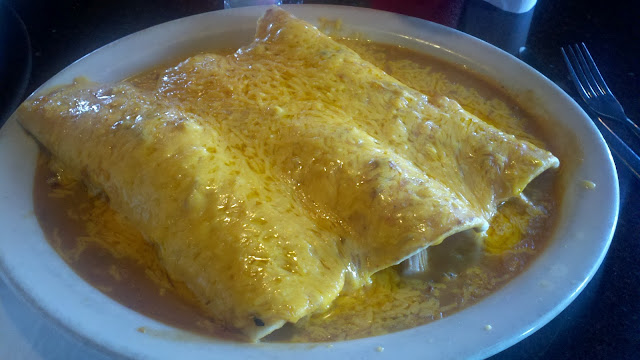 It's funny...I know how to make chile verde like this.  And I do a good job at it.  But, now that there is a La Frontera only 7 hours away...well...we might just have to drive over that scary bridge at Hoover Dam a little more often!

We made it home, safe and sound.  What a quick, but fun, and yummy trip!