In the Blink of an Eye

It's amazing how life can change in the blink of an eye.  One day things are as they always are.  The next day, devastation.  That's how the last 24 hours have been.

Yesterday at church, I had a couple of moments where I saw one of our young men and it caused me to think.  It made me think about how truly good he is to his dad.  How he helps him through his physical ailments without complaint.  A couple of months ago, his dad wanted to share his testimony one Fast Sunday.  Alan has Muscular Dystrophy and it's really hard for him to walk.  Jared walked his dad up to the stand, helped him up the stairs, and then patiently sat and waited for him to finish so he could help him back down the stairs and then down the aisle to their pew.  That's just how Jared is.

A few months ago, Alan helped bless the Sacrament...alongside his son and another young man.  It was difficult for Alan to get up out of his seat to a full stand, but Jared helped him and the Sacrament didn't start until they were ready.  Jared helped him get seated back down when they were done, and then he helped him up again when it was quickly time to stand right back up again.  That's just how Jared is.

Jared and his dad moved into our ward about 2 years ago.  His mom had passed away a few years ago and it was just him, his dad, and his brother - but mostly just him and his dad usually.  He and I would trade winks and smiles almost every week letting him know I was proud of him up there on the stand blessing the Sacrament.  During this time, I have been giving Jared crap about his shaggy, long, flippy-do Bieber hair.  I offered to cut it many times.  It was always hanging in his eyes.  One Sunday, he showed up to church and it was short!  I was shocked - yet so pleased.  I made sure to tell him how great he looked and he beamed that I had noticed.  That's just how Jared is.

Yesterday at church, one of the other Priests in the ward was blessing the Sacrament.  He made a few mistakes and rather than turning to look at the Bishop to see if it was okay, I noticed Jared quietly point out to the other Priest where he'd made the mistakes and he guided him to do it again.  He didn't need to have the Bishop tell them to redo it because it wasn't perfect.  Jared knew it needed to be perfect and he helped someone get it perfect - in a loving manner.  That's just how Jared is.

Fast forward to today.  I had been home about 45 minutes when I thought I heard my cell phone ringing.  It was ever so soft.  Soft enough that I really though I was imagining it.  But, it really must have been the Spirit whispering to my soul so I could hear it.  It was my good friend, Candace, calling.  I'd missed the call, but called her right back.  The moment she answered, I knew something was wrong.  She asked me to come to her house right away because she didn't want to tell me the news on the phone, but that someone in our ward had died.  I rushed over there immediately.  The whole way there, I kept praying that it wouldn't be someone I knew.  Moreover, I begged Heavenly Father that it wouldn't be one of the youth.

When I got there, she told me that Jared had passed away today.  I was SHOCKED, to say the least.  She told me what happened and I was so in shock that I really didn't hear much of the story.  I later had to ask her to tell me again.  Essentially, he came home from school today, laid down for a nap, and never woke up again.  I guess his momma came and told him his time with his dad was up and it was her time with him now.

I am really struggling with this.  I don't have kids of my own, but this really hurts.  No parent should have to bury a child, but these kids ARE my kids and so it hurts to know that he has passed on and that the other kids in our ward are dealing with this too.  The one good thing that we talked about tonight was that we believe families can be together forever and that although we are saddened about this happening, we truly believe he is in a much better place, with the Savior and our Heavenly Father - and with his momma - and that we will see him again some day.

I'll miss you Jared - until we meet again.  And...I bet your hair is just perfect there - no matter how it looks.  Love, Sister V. 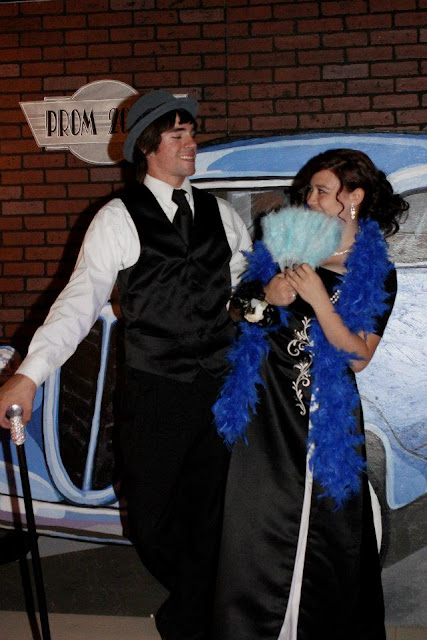 That is such sad news. Did they do an autopsy? So young to die in his sleep that way.