The Power of A Vote

Today was Super Tuesday and it was finally time to vote for our candidate for President of the United States. How interesting it is that in my life, I was dealing with "presidential" matters twice in one week - although two very different types of presidents - however, Mormons were involved in both situations. Just a little over a week ago, President Hinckley died and then, just yesterday, President Monson was named the new president of the church. Today, we vote for our candidate for president of our country.

I was unusally excited to actually go vote in the primaries today, even though I am not one to deal with politics in any sort of fashion. I actually detest politics. However, one of the top Republican candidates in this election is a Mormon and so I've been following it a lot more than normal. 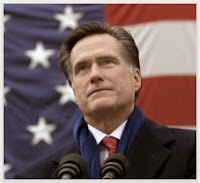 Now, I am not the type of person who votes for someone because of their religion, but I am the type of person who will vote for someone because they are religious. Our country was founded by people who came here to worship as they chose. I chose to vote for Mitt Romney, not because he's a Mormon, but because of his values as a Mormon and moreso because I think he would do a far better job at getting this country out of the rutt we are in. I think he values the progress we are making in this ridiculous war in Iraq, but still wants to get our troops out in a noble and respectful manner. He has the business sense to turn our economy around. But, I fear that he hasn't done the necessary work to show the people what he can do and the people will instead fall for McCain, Obama (that's another whole concern), or Clinton. (Update: Romney ended up not doing well this night and finally pulled out of the race a day or two later. People criticized him for pulling out right away, but, again, he is business savvy and I'm sure he's done the calculations and knew that it was a one in a million shot for him to be able to win all of the remaining races in order to get the nomination. Why waste all of that money doing so when it will get you nowhere? Smart guy. Maybe McCain will ask him to be his running mate. Yeah, right. But, if he did, it would be more likely that I might vote for McCain. I swear, this is the year of who is the lesser evil?)

The one thing I wish could/would/should happen is that we get away from these archaic party lines ("for the good of the party", "unite the party", etc., etc. etc.) and just campaign on the issues and merits of the candidate. Hopefully, some time in my rapidly declining lifetime (I'm almost 39 which is statistically on the downside of my lifespan), this will happen!

Sometimes I fear going to vote because I vote for who my conscience tells me to vote for but in the end, they always end up losing. Probably because I always vote for someone with good values or the lesser of the evils. Even still, I went to the polls today and voted for Mitt. He ended up losing in Arizona - home of John McCain so no doubt why - but won a few other states, unfortunately though not real big ones however.

One thing that really bothered me about today though is that there were so many people who didn't vote but should have. People say they just aren't into politics or they are just an observer. I say, how can you complain about the way the country is headed if you don't do something to try to make a change? How long did women fight to get the privilege to vote? Look at all the countries out there still to this day that don't allow women to vote! It is your duty as a citizen of this country to vote. Don't let all those out there who have money to buy their way in end up winning! Make a difference! Show you do care about the way the country is being led. Vote!