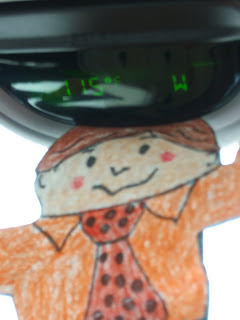 Clint came up with an idea for Natalie's traditions shower present today. I'm so excited about it. He's awesome at creative ideas. It's a big secret though so I'll post it after her shower is over!

OH I can't wait! She can't either! It will be soooo fun to be together. Two weeks from today and counting....

Hi auntie Kristin, this is Jonah, I'm glad your Having Fun with him . Love, Jonah