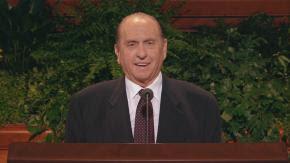 Yesterday was the first day of fall General Conference and unfortunately, I missed most of it! In the morning, I started watching it and quickly got side-tracked with some other things. I did hear the wonderful announcement though about the 5 new temples to be built! How wonderful, that five more parts of the world will now have temples where the members can go and do the redeeming work for their dead and feel of our Savior's spirit and love.

They will be in:

Love the post! Good for you. The stew sounds delis! I can't wait for it to get cooler I love soups.

I hope you have been feeling better! I haven't been feeling well myself as well. We watched conference and well since I haven't been feeling well missed most of it due to sleeping but what I did get was great. Pretty excited about the other new temples as well as the one someday going here in N.Phx. I am so very excited to go ourselves this month! Our endowment time has changed though to 5pm on the 24th and still 11:15am on the 25th. Your stew looks and sounds so yummy!!! :)