A Little Story about a Stomach Pit 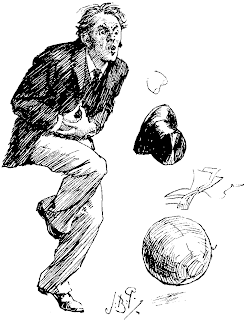 Once upon a time, about four and a half years ago, I got the worst pit in my stomach I'd ever had. I'd felt that pit before - numerous times - but never as bad as this. It was always when something bad was about to happen - and then did. This one sat there and sat there for 2 weeks, getting worse and worse. It hurt really, really bad. It caused me to overeat and then it caused me to not eat at all for 3 days. Then, it caused me to cry continuously, really, really hard. Finally, it went away. And slowly, I began to feel better. After five months, it was almost completely gone, but then 2 months later it came back again and made me almost vomit. Eventually, after many, many months, the pit was completely gone and I was well again. A new ray of sunshine showed up and I felt much, much better.

Well, a new pit has shown up this week and it hurts almost as bad as that pit four and a half years ago. No, the ray of sunshine has not turned into a big black cloud. It's just something on the horizon that doesn't look good and it feels like that pit is there all over again. I've cried and cried all week, but the ray of sunshine has used his Priesthood to give me a blessing and I know that 1) what's going to happen is going to happen - there's nothing I can do about it, and 2) it's all in the Lord's hands - whatever may come - and it will be okay.

I'm so sorry. My thoughts and prayers are with you. Love you!

We are crossing our fingers and saying our prayers. I am glad we talked yesterday and that you have such a great attitude. Love you!

So sorry to hear that Kristin!!! Is there anything I can do? I will pray for you!!! I miss you!