What an Exhausting Two Weeks...

The last two weeks have been incredibly exhausting. I have worked so many hours that I often don't know if I'm coming or going. I worked 30 hours straight from Wednesday to Thursday this week. It was long and I was tired. But, my work needed to be done by a certain day and with all the additional projects that I've been working on recently, it just put my normal work behind. Plus, with all the moves at work, that has really impeded my workflow too. My plan for today was to go to the endocrinologist this morning, go in late, then finish packing my office, review a report and head out. I thought I would be at work for all of 2 hours. Not. I was there 6. That made 66 hours worked this week. Not good. And...my blood pressure showed it today. So, now, along with having to wear bi-focals, I now have to take high blood pressure meds too.

My office looks so strange with everything packed up and nothing of mine left out in the open. It took 17 big 20x20 boxes. What in the heck? Do I really need all of that? Only unpacking will tell. I'm sure I will find out as I go along, but for now, oh well. 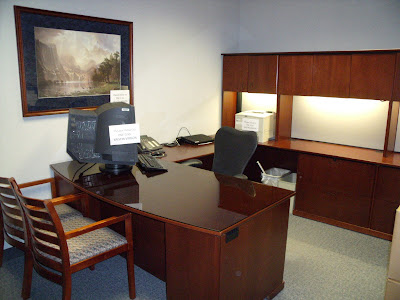 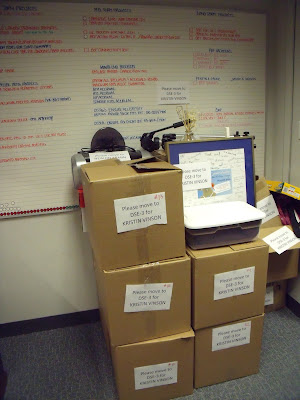 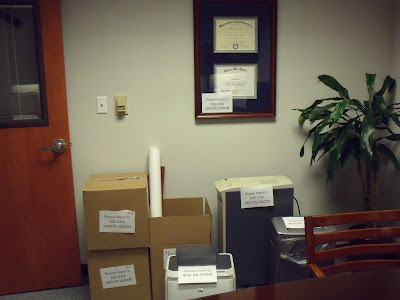 So, Melon Man and I are off to San Diego for a few days soon. I really need some R&R. We're just going to eat, sleep, get some sun, and deep sea fish. Oh, and maybe go to a bookstore and the bead store. We're both excited to go to an Indian food restaurant. We've never eaten at an indian food restaurant before. We also scoped out some new hole-in-the-wall-locals-love-it places, which are totally THE best. We already love Armando's Green Flash which is right on Pacific Beach. It's fun to watch the locals "parade" up and down the "boardwalk" while we watch the ocean roll in and out.

This is a little bit of information about why the restaurant is called the "Green Flash":

The "Green Flash" is a rarely-viewed optical phenomenon which occurs at sunset at the instant that the upper rim of the sun is in coincidence with the horizon. The "Green Flash" is caused by a combination of optical effects called light scattering and light dispersion. Sunlight is composed of all the colors of the visible spectrum. Blue light is the component part of the visible spectrum that is strongly scattered by the earth's atmosphere at sunset, therefore sunlight tends to lack blue when the sun is near the horizon. Dispersion is the splitting of white light into its component parts. The red end of the visible spectrum shows the least amount of dispersion since it is refracted the least. At sunset, most of the orange and yellow light is absorbed by the earth's atmosphere, while the blue and violet light is scattered. Once the red light portion of the spectrum has already set below the horizon, all that is left is the green, which is occasionally seen as a short intense flash. Under ideal conditions, one may perceive a brilliant green flash at the moment of sunset.

Pretty cool (once you get past all the scientific mumbo-jumbo). We love to eat there for breakfast. Lunch is alright. Maybe we'll try it for dinner this time to see if we can catch a green flash.

We also will be going to Filippi's Pizza Grotto for our long loved pepperoni pizza and sourdough garlic bread. Yummmmmmm. It's totally making me hungry thinking of it and my mouth is starting to water! The atmosphere is so much fun...red and white checkered tablecloths, the little red candles (like we used to use when we'd go camping), dark environment, tons of chianti bottles hanging from the ceiling. Plus, a VERY LARGE pizza and garlic bread is only like $13!

Next, we can't forget Phil's BBQ. The BEST BBQ food I've ever eaten. Seriously, the place ALWAYS has a line to get in. They actually have a web cam on their website that you can pull up and see how long the line is! Luckily, it goes pretty fast. My former boss turned us on to this place. The only thing it's missing is Bobby Q's Mac & Cheese. The onion rings are to die for and the pile is HUGE. Even Melon Man couldn't eat all of them (thank goodness because our room would have totally stunk that night! He and onions DO NOT mix well).

Some new places we're going to try are Royal India, Hodad's for the best burgers (a recent reviewer wrote: "Makes me look an In-n-Out and wonder why I ever ate there. This place is a gem in Ocean Beach. The service and atmosphere are great, you feel like you're in a surfer beach town (probably because you are). Food is great, the burgers are enormous and the onion rings and sides are amazing as well. Well worth the drive, the cost, and the wait."), the Broken Yolk Cafe, and Hash House-a-Go-Go. Melon Man loves saying that name for some reason!

We're also going to go deep sea fishing again. The first time we went, we only caught two ugly barracuda and the boat was totally loaded with people so it was hard to even get your line out. This time, we're going during the week so hopefully it won't be as busy. Plus, since the barracuda are "on" right now, we've found another company that, for some reason, isn't catching many barracuda and hope to catch some vermillion rockfish, calico bass, ling cod, or even a yellowtail tuna or a halibut as that is what they are currently catching.

So...hopefully, we'll have a really good, relaxing time. Then, it's back to work and off to Chicago for me where I hope to be able to meet up with some of Melon Man's family for some good Chicago food....man, that place has awesome food!

Your trip sounds like lots of fun. Why did you have to pack up your office?