When Ye are in the Service of Others... 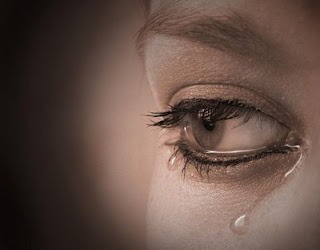 My sister called me this morning in tears.  I'm always a sucker for tears.  She had assigned a lady in her stake to do the video for the Girls Camp kick-off fireside.  The lady couldn't get it to work out and was essentially backing out without officially backing out.  Jennifer was beside herself.  The presentation was to be given Sunday night and the lady was just now telling her, at the 11th hour, that the presentation wasn't going to happen.  I told Jennifer that I would try to help her.  I LOVE doing things like this, so it was a fun challenge for me.  She uploaded the pictures to her Picasa site and I downloaded them to my computer.  She then told me which songs she wanted to use in the video and I found them online and downloaded them too.  I was ready to go.

I worked on it for HOURS and HOURS.  I enhanced some of the pictures.  I timed everything to the songs, especially with certain words.  I watched it over and over.  It was perfect.  I cried.  And cried.  And cried.  I have always wanted to be asked to be part of Girls Camp leadership as an adult, but I never have been asked.  Now, Heavenly Father had found a way for me to be part of this special experience.  I was so grateful!  I felt that special spirit that Jennifer had been feeling.  I felt Heavenly Father guiding me in preparing the video.  I KNEW everything would be okay, even though I was almost 800 miles away.  Thank goodness for technology!

I finished up the video and got it all ready to go and sent it off to Jennifer via email.  It quickly bounced back that it was too large.  Huh?

Okay, so then I realized that I needed to save it to an online file sharing service so she could just grab it and put it on her computer.  So, I did that and then Melon Man and I headed out to go to Lisa's for dinner with Linda Lu and David and Lisa and Tile Guy.  Jennifer called me shortly after we arrived and she was sobbing.  It wasn't working.  None of the pictures were in the file.  The music wasn't there.  It was like it was a shell of a video without the guts.  I told her I would look at it when we got home and not to worry.  I tried my best to keep her spirits up and be positive with her that it would all work out, but, I don't think I did too well.  She still sounded skeptical and worried.  I knew what she was feeling.  I'd been there plenty of times before during a last minute project.  I was 99.9% sure I knew exactly what I needed to do when I got home.

Once Dog was finished swimming with Maxine and we were finished with dinner, laughing, talking, etc., we headed home.  It was about 10:30 when we got home and I sat down and knocked out the problem.  Within just a couple minutes, I was on the phone with Jennifer and it was all fixed.

What an experience - but so worth it.  I felt so honored that Jennifer had asked me to help her with this.  I did it completely selflessly and in return Heavenly Father gave me an experience that I will never forget.

I tried to upload the video here to share, but it's too long for YouTube (they only allow 10 minutes and it's 13).  So, sorry, I guess I won't be able to share it.  Just as well...there are tons of young women in it that most of their parents probably wouldn't want their pictures posted out on YouTube anyway without their permission.

What a neat experience! I marvel at how talented you are. Thanks for sharing.

I am so glad that you were able to help her like this! You are so gifted and talented! I wouldn't have the first clue how to do something like that, let alone timing pictures to music! I am glad that you had such a wonderful experience, it always makes it worthwhile and such a blessing to help someone else!