Since Lisa and I have to go back to work on Tuesday, we decided to hold our Labor Day get together on Saturday instead (plus, I have that wedding to go to on Monday).  I made my yummy Loaded Baked Potato Salad and The Pioneer Woman's Fresh Corn and Avocado Salsa to bring.  Of course, the salad was YUM-O-LA as usual.  We all weren't too hip on the salsa though.  It just tasted like it was missing something.  Lisa also made a yummy spinach dip.  We ate grilled teriyaki pork ribs too.

The dogs swam and played as usual.  Dog would jump off the side of the pool to go for the red ball and Maxine would run and jump off the stairs and try to get him.  He was so fast in the water!  She started getting ticked at him that he could swim so much faster so she kept trying to bite his tail!  It was hilarious!  Dog is really good at swimming with his head under the water, whereas Maxine doesn't quite like it. 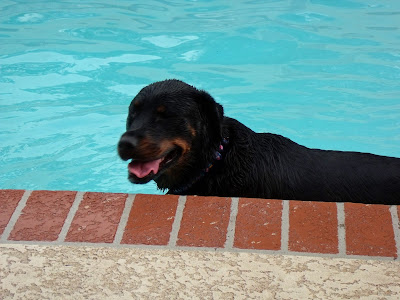 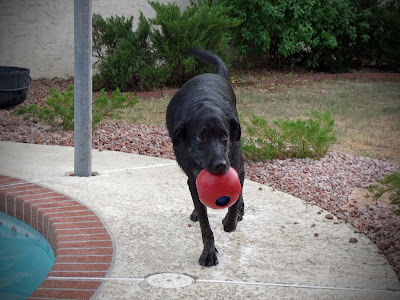 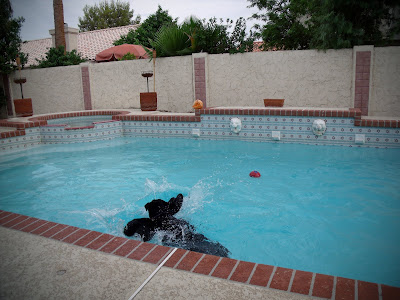 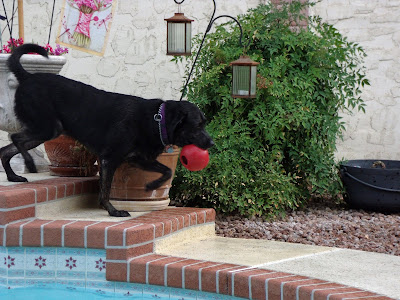 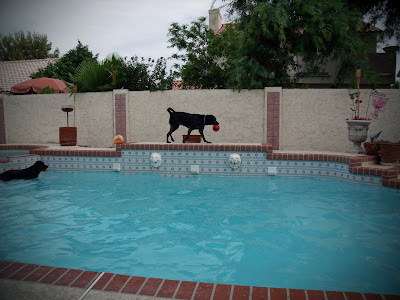 When I first arrived, Auntie Sigie and Uncle Ward were going through a ton of old black and white pictures.  She had a little pile of them set aside for me of pictures of my mom.  I was so GRATEFUL.  She was so cute with her little magnifying glass and all... 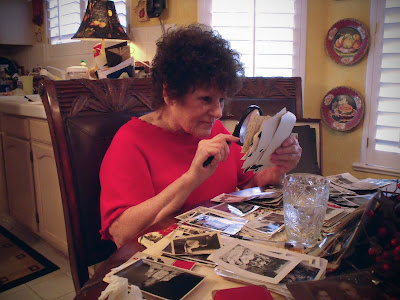 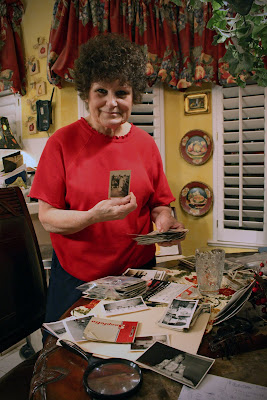 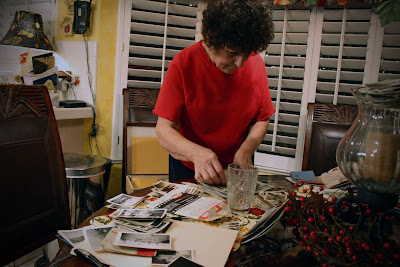 As we sat there, we talked of who this was and who that was.  There were all kinds of pictures of ancestors.  I asked for some copies and we made a pile of those.  Then, I realized that I could just put my camera on macro mode and take pictures of the pictures!  And...I would actually get pictures up to 50 inches wide by doing so without any distortion!  I was clicking away and all of a sudden, my battery died.  Scrud.  (Update:  My battery charger was in my camera bag and I didn't even know it!)  So...without further adieu, here are pictures of the pictures that I was able to get pictures of! 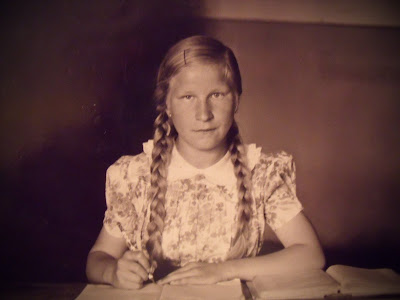 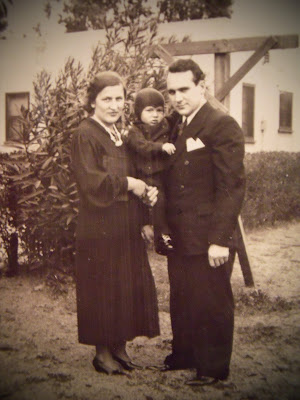 Mamo and Daddo with Uncle Rodney 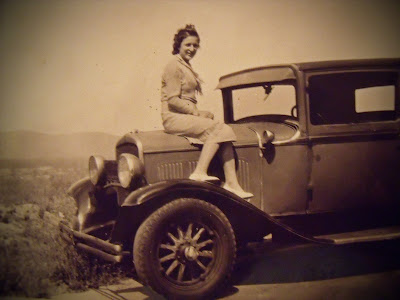 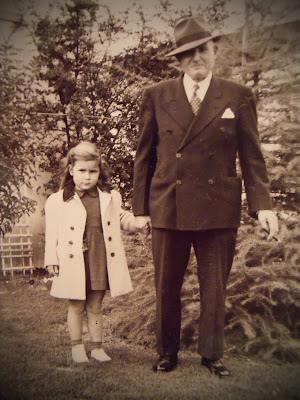 My mom and her Opa 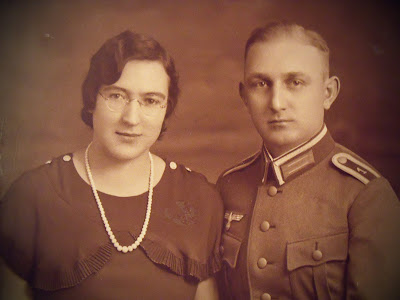 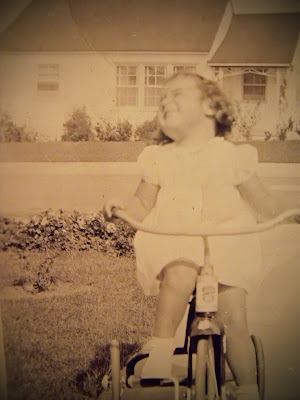 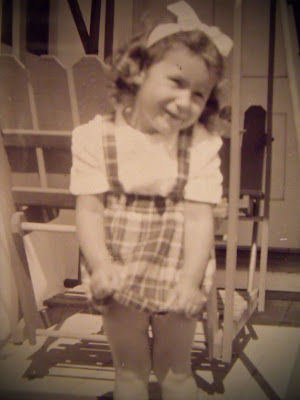 Both are of my mom 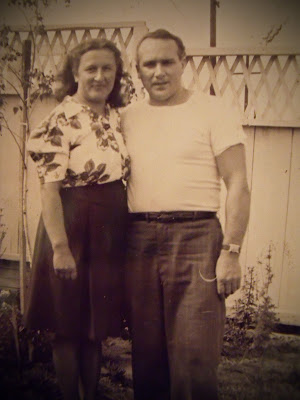 Oh my goodness, I love these pictures. I can't believe how much my dad looks like dado. The ones of your mom are simply adorable.

Lisa told me about this. What a fun thing to do together, and look how darling they are. Your camera did a great job!

Oh my gosh! The first picture I totally thought was Jennifer and I have never seen a full body size picture of Daddo, he looks so much like Uncle Rodney. They blew my mind!!!

Those are amazing. Will you bring me a cd with them on it? I can totally see Noah and Dylan in those last two pictures of Mom. How Fun!