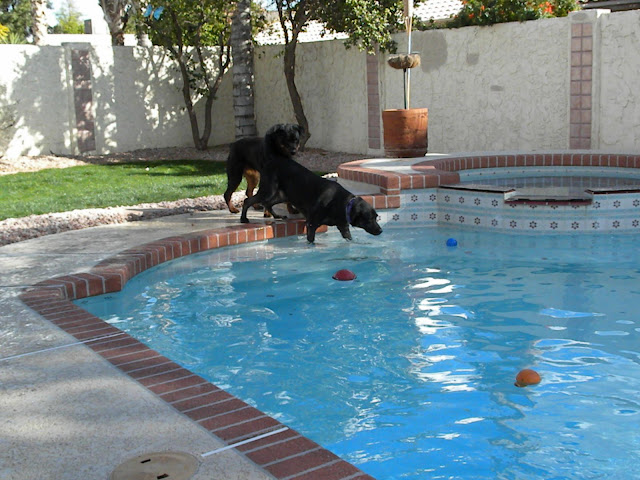 Chase me, chase me!!  These two just ran around and around the pool! 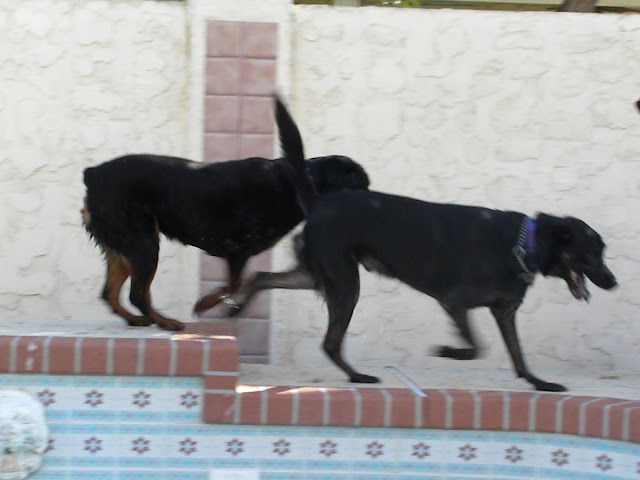 Dog looks like he's terrified of Maxine - like she just pushed him in.  But, he's not scared of her - he just wasn't too sure of the cold water - he never got all the way in again!  Look at that water though...doesn't it just look refreshing?!?!  It's so blue and clear! 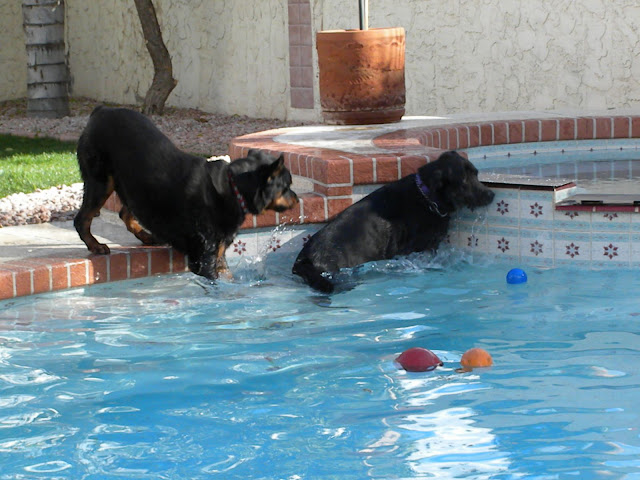 Maxine enjoyed being in the freezing cold pool.  Look at that face! 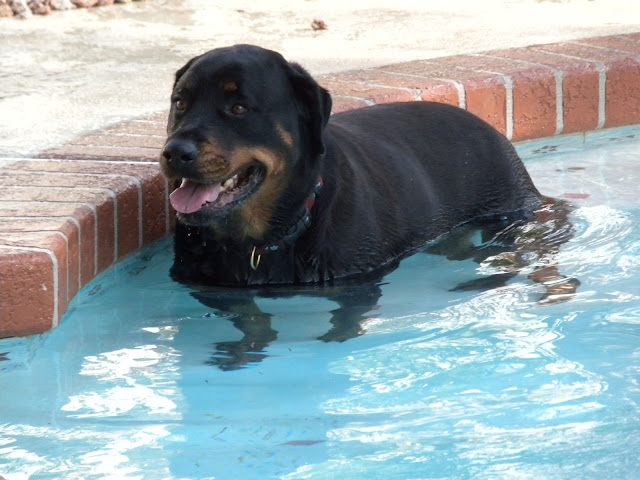 Tile Guy, Melon Man, and I were outside watching the dogs play when I caught this video of Dog trying to get the red ball.  Normally, in the summer, he would just jump right in the pool, swim around, and get it.  But, like I said, the water was just too cold...probably only about 50 degrees....so he found another way to get it.
Inside, however, we were cooking up a storm.  We had huge cold shrimp with cocktail sauce, bean dip and chips, chips and fresh salsa, brats and italian sausages, sliders, loaded baked potato salad, egg rolls, and chicken wings.  It was all fab.  Lisa bought this little deep fryer and she loves it.  She was a whiz.  The chicken wings were crunchy and perfect.  I could have eaten them all!  Yummy!
The first batch of wings are in. The oil just is a bubblin' away. Check out that steam! Ooh...hurry! Yummy! Yummy! Yummy! 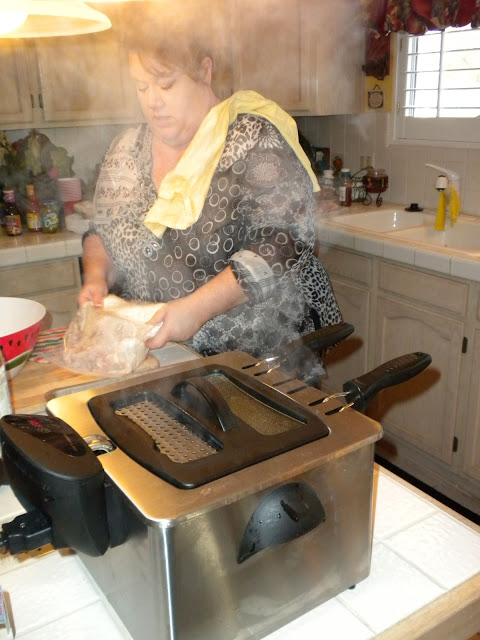 To make proper buffalo chicken wings, you MUST use Frank's Red Hot Wings sauce. It's simply the best. 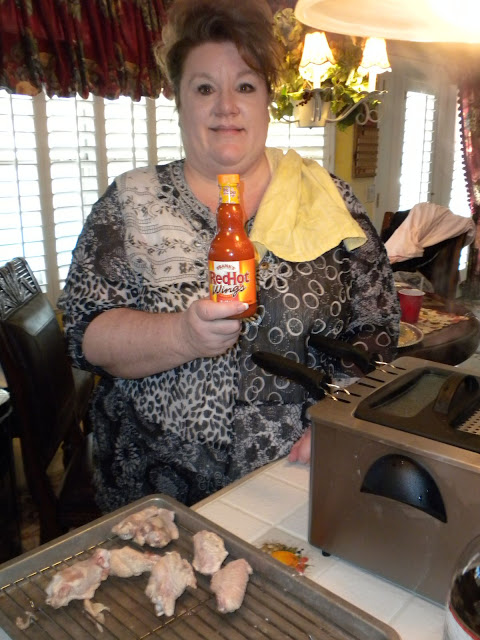 Mr. Melon Man is helping take the wings out of the fryer.  He'll do a downright good job with the fries and nuggets at McDonald's someday. 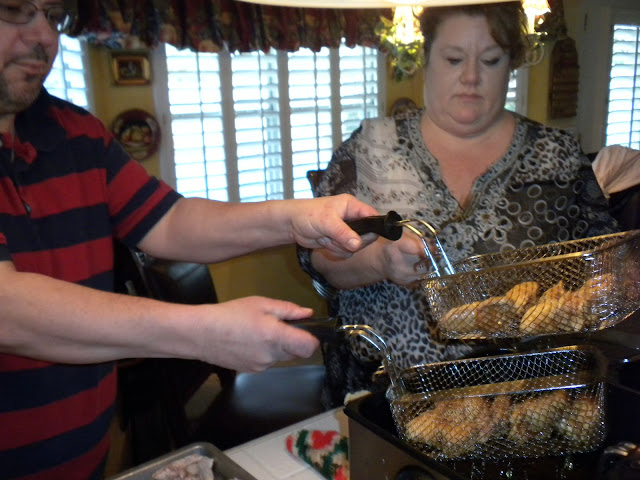 Melon Man and Tile Guy were in charge of barbecuing the brats and italian sausages.  Notice Melon Man's "smile"?  Yeah, it's one of those fake ones - the kind where he's not smiling until I tell him to and then he grinds his teeth together and forces an "Ari" smile...you know the one - where little kids are just learning "how to smile" for the camera and they do "that fake smile"?  Yep, that's the one. 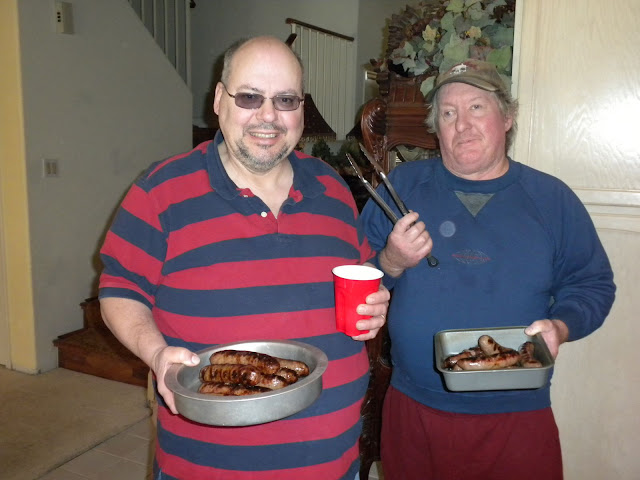 Auntie started to get her food.  I took this first picture and decided that she wouldn't like it if I posted that one on my blog so I took this second one and it turned out much better.  The first one looks like she's been dipping into some spirited football beverage or such! 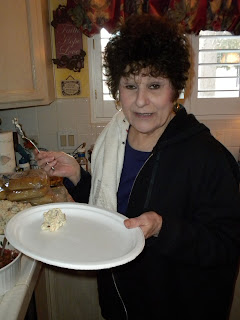 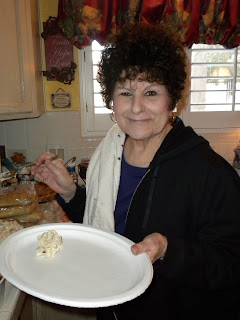 Uncle Ward getting his food.  His pictures always come out well. 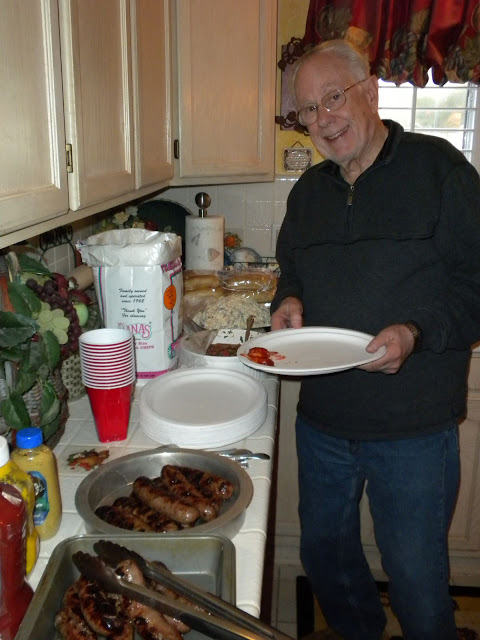 Some more of the deliciousness...slider burgers and the little bun rolls to put them on along with deep fried egg rolls...oh, and pickles for the sliders for those who like pickles on their burgers - not me. 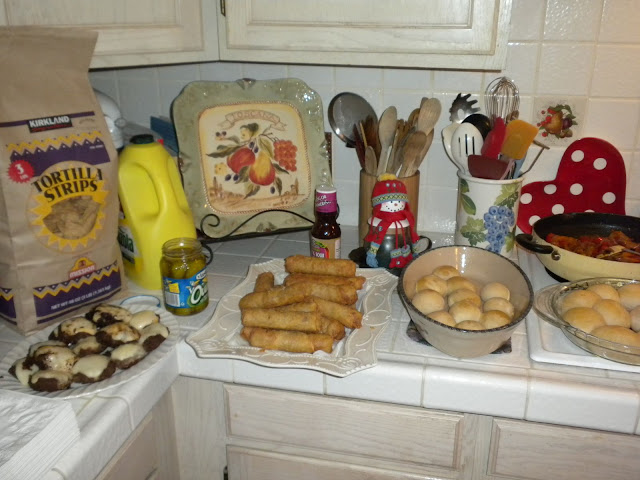 Look at all this fantastic football food!  ALL of it was SO GOOD!  I couldn't resist the slider before taking the picture! 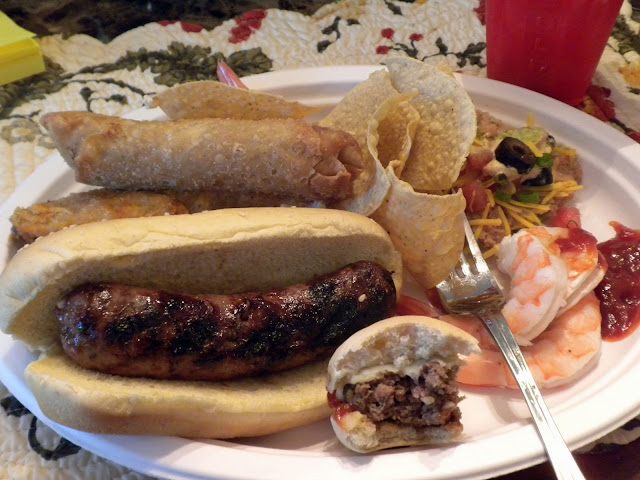 While the game was finishing up, Lisa tried to give Dog some dog food.  He wouldn't eat it though for some reason.  Maybe because she put beef broth on it and he's not used to that...I don't know.  But, once she handfed him, he finally ate.  You spoiled dog.  What's up with that? 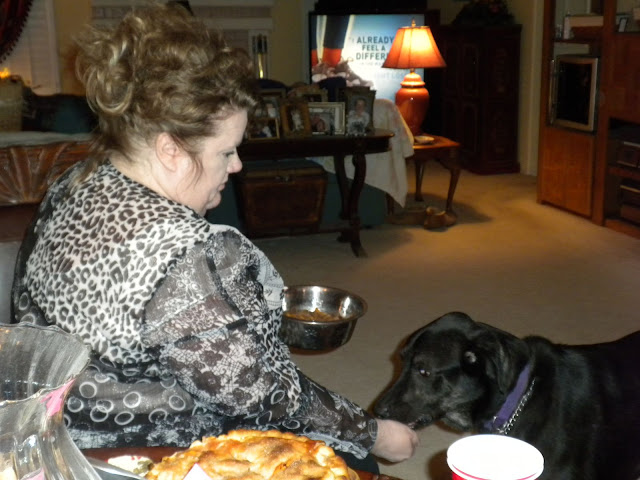 Once the game was over, we headed home.  Tomorrow is a new day and promises to be full of "fun," so we came home and are off to bed to get some rest.

Oh Kristin, the food looks so yummy delish! Please tell me that's an apple pie on the table from mom (Auntie)? My mouth is watering, just looking.

The pictures are great! I love those dogs!!

The dogs are so fun to watch. Koda was very smart! And all the munchies look yummo!