This Day is Not Starting Out Well

Today did NOT start out well.  I asked Melon Man to call me at 4 a.m. to make sure I was up and getting ready.  He forgot.
My alarm went off at 4:30 a.m. but I was so tired that I accidentally turned it off and promptly fell back to sleep.
I finally rolled over a while later and looked at the clock and it was 5:30.  I was supposed to be at Lisa's by 6:30 in order for us to be able to make it to the airport on time for my flight.  I quickly jumped out of bed and into the shower.  Too bad I HAD to shower and HAD to wash my hair too (yeah, it was so dirty and disgustingly greasy gross).  I hurried and jumped out, got dressed, and ran to the office to throw on some make-up.  Of course, I had to check my email while I was doing that.  I was glad that I did - but not glad at what I read. 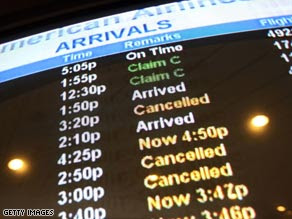 Yes, that's right.  My flight had been CANCELLED.  Not just delayed, but CANCELLED.  Huh?
So, then I read another email that said I'd been rebooked on two other flights.  One - I was still able to get a first class seat, the second flight - a 1-2 plane - one seat on one side, 2 seats on the other side. Um, yeah, NO.  NO WAY!
I called the airline and explained my horrible fear of flying on one of those tiny planes and asked what else was available.  They got me on a flight leaving around 11 a.m. and then leaving Dallas about 5 hours after I arrived there.  I'd be glad to sit around for 5 hours versus riding one of those tiny planes!
So, that's what I did.  Melon Man got home and I finished getting ready - without having to rush - and then we headed for the airport.  He sent me on my way and I was in Dallas before I knew it.  Along the way, I saw tons of beautiful clouds....

Soon it was time for lunch.  I actually tried hummus for the first time ever.  It was not something I would "crave" or choose to buy, but I 'might' have a little some other time. 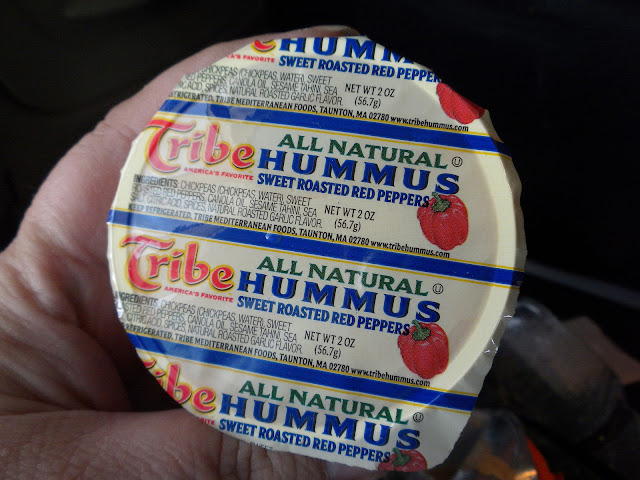 Soon, we started our approach into Dallas/Fort Worth.  It always amazes me that this place is so green (and blue).  There are all kinds of little lakes everywhere.  It's just not what I originally thought Dallas would look like.  I always imagined "brown." 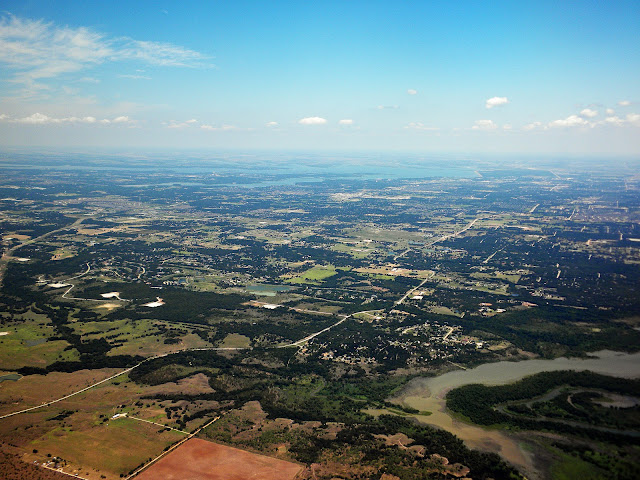 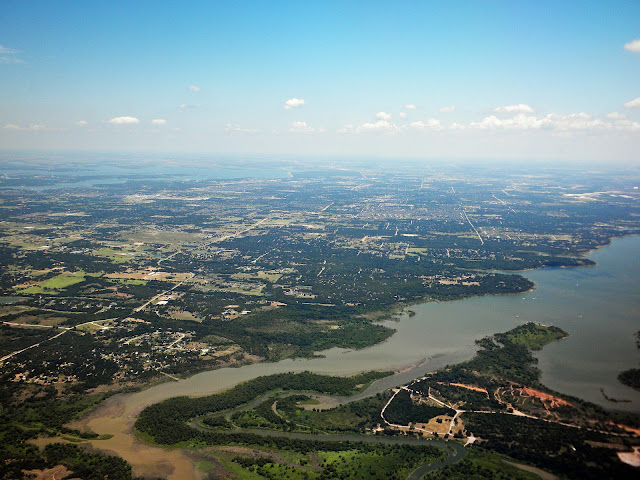 We finally landed in Columbus around 11:30 p.m.  I was SO tired.  I must have looked like death because the hotel staff just looked at me with pity.  I was so hot and sweaty from the heat and humidity.  I'd quickly put my hair up in a clippy but strands of it were falling out everywhere.  I hauled my camera bag, laptop, and two fully loaded suitcases into the elevator and then down this long hallway to my room, where I quickly unpacked and crawled into bed.  What a LONG day it was.  Ah...sleep...